The Petrodollar, Iran, and Gold 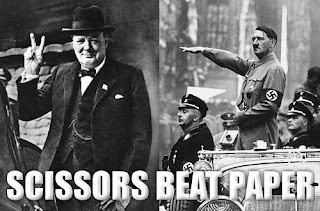 Rumors are swirling that India and Iran are at the negotiating table right now, hammering out a deal to trade oil for gold. Why does that matter, you ask? Only because it strikes at the heart of both the value of the US dollar and today's high-tension standoff with Iran.

Tehran Pushes to Ditch the US Dollar

The official line from the United States and the European Union is that Tehran must be punished for continuing its efforts to develop a nuclear weapon. The punishment: sanctions on Iran's oil exports, which are meant to isolate Iran and depress the value of its currency to such a point that the country crumbles.

But that line doesn't make sense, and the sanctions will not achieve their goals. Iran is far from isolated and its friends - like India - will stand by the oil-producing nation until the US either backs down or acknowledges the real matter at hand. That matter is the American dollar and its role as the global reserve currency.....read more
Posted by Unknown at 2:30 PM No comments:

Will financial elite determine the future in Davos?

Stirring my OJ with a silver spoon

Thanks to the SilverDoctors.com for the following graph: 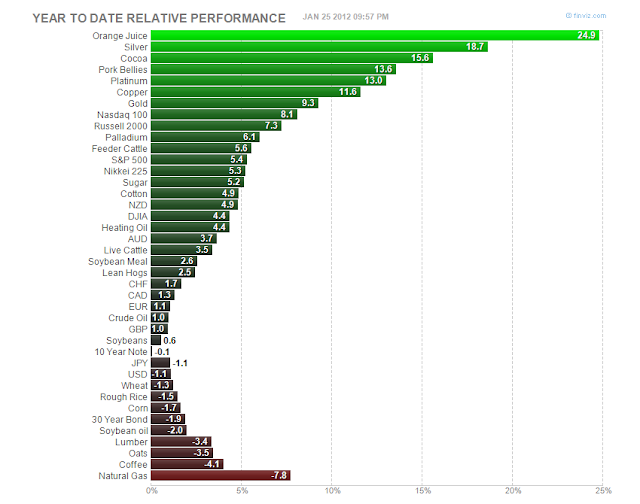 Posted by Unknown at 2:00 PM No comments:

Analysis of The State of The Union Address

Personally I thought Julian should have been made Australian of the Year, but that no doubt would have p'ed off Barry, and we can't have that.

Easy Ben is a Gold and Silver Bugs best friend 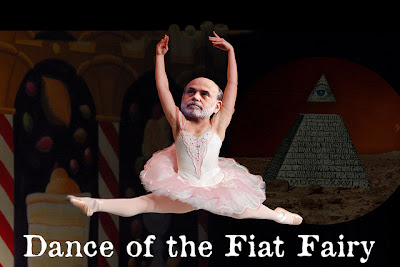 Both Gold and Silver spiked higher in the New York trade on the pronouncement from the Fed that they expect to keep rates near zero until at least late 2014 (they also said tractor production was up and the Motherland was in great shape).

The FOMC edict was also accompanied for the first time by the individual stances of the FOMC commissars, as to raising rates; five said 2014, four said 2015, two said 2016, whilst three went for 2012 and another three went for 2013.

In response to the extending of the negative interest rate environment in the US Gold and Silver had this to say: 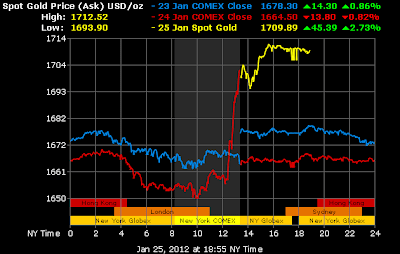 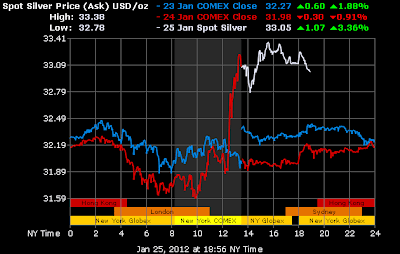