How we got to where we are

Peter Schiff breakdowns the dot com and the housing market meltdown. An excellent review on how we got to where we are today. Peter is such a brilliant speaker - no notes, no powerpoint, yet he talks of the the top of his head for over an hour. 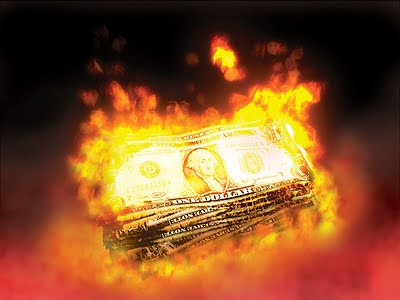 Some prefatory stories are highly revealing. Bank of America is badly on the ropes. On the same weekend at the end of July, when the Bank For Intl Settlements executed a 340 ton gold swap contract, two other events happened. The London metals exchange apparently suffered coordinated delivery raids, all legal, but painful nonetheless, stripping the embattled exchange of much gold bullion. My source from the German banking fortress shared that the BIS might have rescued the London Bullion Market Assn, and thereby prevented a near default at the exchange. Spurious stories about aiding commercial banks, even the Portuguese central bank, were floated to distract the masses. The second event was that on the same weekend, Bank of America suffered a failure. But the USFed pulled it out of the fire by Monday morning with fresh huge infusions of funny money. This week, another $13 billion infusion came to BOA by way of much darker corners of USGovt agencies, from nether recesses. It is getting that bad! So BOA had been propped by the USFed and the USCongress in the past, but by the syndicate now. In time, they will remove the valued assets and exit the burning building. Unexpected consequences are sure to come, a fact of nature. The BOA story came after a prompted inquiry as to which banks might next succumb to the rising gold & silver prices. BOA was at the top of the list of banks mentioned, but others were mentioned too. They appear in the September Hat Trick Letter, the usual suspects.

QE2: A JUSTIFIED CANCER
My best description of QE2, the Quantitative Round #2 Launch, is simply stated a monetary cancer, an admission of failure, and the trigger for the next breakdown in the global monetary system. The QE2 Launch is a US flag flying upside down at the central bank command center. Imagine trying to justify printing money to cover debts, and retaining credibility. The belief stated by USFed Chairman Bernanke, that zero cost comes from printing money, is pure heresy with dire consequences. The cost is lost confidence in the monetary system, in the currencies, and in the central bank franchise system. The QE initiatives kill the requisite confidence. Thus the rise in the Gold price in response. The financial news anchors struggle to hide their growing awareness that gold is the safe harbor from a destroyed monetary system, wrecked currencies, discredited central banks, and insolvent banks. They are awakening, as are those in the investment community.

Three additional sides are revealed on the Quantitative Easing desperation. The Bank of England has a US plant residing within. Adam Posen is an American who sits on the Monetary Policy Committee at the bank. He inflamed concerns about monetary instability with a speech to the Chamber of Commerce in Hull on Tuesday. He urged the major central banks to pursue more aggressive bond buying in order to rescue the world economy from stagnation that persists. He spoke of the fear of looking ineffective from inaction, mitigated by usage of extreme tools. He actually said, "Thus, policymakers should not settle for weak growth out of misplaced fear of inflation." So there you have it, inflation full speed ahead. A clarion call to inflate. The risk is hyper-inflation. Their policies in the last cycle produced unforeseen problems. In fact, the central banks, in particular the USFed, fight the last war only to create the most monster, on a consistent basis, in a pattern of serial events. Their colossal monetary inflation is breaking all historical records. It is given political cover by virtue of doctored price inflation statistics to hide its chronic 5% to 7% range. Posen pushed for further monetary easing undertaken in the United Kingdom, even to the extent of corporate debt purchases. Of course, to keep the order, they should begin with simple UKGilt (bond) purchases. He acknowledged that a QE program will not be able to create sustained recovery on its own. He fears a 1990s Japan style scenario, when a collapse of the Western monetary system is the more possible ugly outcome. He advises more effective coordination of large scale asset purchases by the central banks working together. This is a trumpet call to the Competing Currency War, where peace is declared at first, but which will vanish in the din of a threatening crisis......read on

This weekend's chill out is from 2004 by Kate Ceberano, Kate was described by one fan at the last concert I of her's I attended as an "Australian Living Treasure" the fact the concert was at a underground supper club with a very well stocked bar may have had something to do with the gushing praise. Although she is certainly an Aussie music icon, starting her professional career at age 16 she has been a popular artist across many styles of music for almost 30 years. 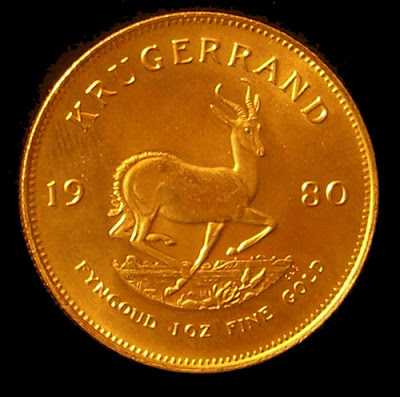 Human stupidity manifests itself sometimes as a one off act and at other times as an enduring strategy. The experiment with fiat currency falls into the latter category. You see fiat currency does funny things to human beings despite its repeated failures, and as a result it distorts the world we live in, both in the present and into the future, with disastrous effects.

In fact the problem with this world is that it is upside down. Interest rates on home loans are half of what they should be and debt levels are twice as much as common sense dictates. Some would say that this mixture still leaves the homeowner in the same position. So for example a homeowner who services a $100,000 loan at 5% is really in the same position as someone who services a $50,000 loan at 10%. Both, on the face of it, pay $5,000 per annum in interest. But this is only half the picture.

And this is where the crux of the problem lies. People entered into loans on the basis of ability to service, whilst ignoring the long term debt enslavement that came with those loans. It was also this mirage of affordability that led to a real doubling of house prices if not more. This was misconstrued as the creation of wealth rather than the creation of a monster.

We were in raptures when increasing house prices were doubling our net worth and enabling us to take out lines of credit with which to buy more houses, share portfolios and lead the life of plenty. The reality is that we did this at the price of chaining young couples well into the future. The results are obvious. Hardcore debt combined with a soft core employment market has now gutted house values.

Let me put it another way. Over 25 years the person with a $100,000 loan at 5% makes a total of $175,377 in repayments, whereas the individual with a $50,000 loan who makes the same monthly repayments will only pay $84,180 in 12 years. This is a $91,197 difference that in better days would have gone towards educating our kids, helping them with their first home and putting something aside for our old age. Instead the additional 13 years are devoted to SOLELY SERVING the interests of banksters because even those of us who are savers are being paid pittance for the privilege of depositing our money with them. As a result is it any wonder that savings rates have plummeted and insane investments have sky-rocketed?

To top it all off we exported the manufacturing and high tech jobs we once had so that we could all buy cheaper goods whilst boosting the share price of entities that profited from this move to the East.

We wanted it all and had it all, but like I keep saying, "neither debts nor wealth can compound forever."

To make matters worse we have the temerity to expect the younger generation to buy our still price bloated houses and pay for our retirement and medical care whilst medicine and science pushes us well beyond retirement age in terms of longevity. We then expect them to heat those houses even though a combination of rising fuel prices and climate warming initiatives will make those sprawling McMansions nothing more than white elephants. We also expect them to buy our share portfolios at top dollar and to service the nation's debt even though it can never be repaid. Well forget it. Consider the following excerpt from a recent and excellent article by Darius Dale on Japan:

"This year, we're already starting to see the ill effects of funding gaps, with Japan's public pension fund (the world's largest, at $1.433 trillion) increasing its asset sales by a factor of 5x, year-over-year, to bridge the gap between insurance premiums and payouts."

Guess what this will do to equity prices?

We, the older generation, almost deserve to be euthanized at age 66 for the mess we have created so as to alleviate the young of our errors and our expectations.

My advice to young people is to steer clear of debt that cannot be repaid within 10 years and if they or their parents want to save for their future, then they should invest in gold and silver. The truth is that we do not know WHAT the future holds and WHERE that future will be. Precious metals, especially for those in the USA and Europe, provide the means of being able to maintain value, flexibility and portability like no other asset can. Stay away from ETF's and the share market and try to remember that the system is rigged. Moreover, it is interested in you if you only if you are borrowing fiat or buying "stuff".

As Chris Powell has said:

"There are no markets anymore, just interventions..."

The statement by Chris Powell is a very short but very profound statement that we need to ponder at length if we are to understand the nature of our ongoing predicament.

The peasants in India who have little or no education still buy gold and silver. Is it because they have no formal schooling or is it because history and experience have taught them far more? I say it is the latter. As Mark Twain once famously said, "I never let my schooling interfere with my education." Unfortunately so much of our schooling these days is through the squawk boxes of the financial world that have subdued the catatonic public with the effectiveness of an Indian snake charmer.

Governments and international organisations everywhere are secretive about what gold they have (or don't have) and what transactions they enter into (through derivatives, swaps, leasing etc). They know that gold is the ultimate weapon of mass fiat destruction and they fear that when it is activated that their hold on power and hence our lives will be severely questioned and tested.

A return to the principles of a gold standard that constrain government spending and retain the value of money will in turn enable the return to the more enduring values of humanity.

In the meantime, the writing is on the wall for all to see. Be careful because it could fall at any time.