Lindsey Williams: The 2012 Agenda & The Fall of the New World Order

From: PressTVGlobalNews  | Nov 13, 2011
Hamad bin Jassim, Qatar Foreign Minister: "Call on the Syrian army to stop the violence against civilians."

International political standards seem to be reflected differently depending on interests. When people die in Syria, it is called a massacre by some of the international community, so much so that the Arab League has suspended Damascus from the organization.

When people die in Yemen, many meetings are set up with some Arab organizations and at the end, the dictator remains in power and continues to kill as Arab leaders look the opposite direction. And then there is Bahrain, that when people are arrested or killed, the story is simply ignored.

Monti takes over in Italy

Posted by Unknown at 4:06 PM No comments:

Al Jazeera English is marking five years on air this month and looking back at some of the stories we covered on our first day of broadcast.

One of those was from Robert Mugabe Street in the capital of Zimbabwe, a country in which the unemployment rate hovered at 80 per cent.

Five years later, that has not changed.

Charles Dambiranwa, a taxi driver in Zimbabwe, makes roughly $50 a day - enough to fill up his car and stay in business. But finding fuel was not always this easy. He remembers what Zimbabwe was like five years ago.

Italy the next Eurozone victim?

From: RTAmerica  | Nov 11, 2011
Silvio Berlusconi has resigned after seventeen years in power. Berlusconi's resignation will make way for the new Prime Minister who many Italians hope will be able turn things around for Italy. Is Italy's economy strong enough to withstand the debt crisis?

From: RussiaToday  | Nov 13, 2011
In Italy, the race is on to form a new 'caretaker' government to pull the country back from a financial abyss. This follows the resignation of Silivo Berlusconi, who stepped down on Saturday having ruled the country as Prime Minister for 17 years. News of his departure was met with cheers and street festivities in central Rome. Former EU commissioner, Mario Monti, is considered a top contender to replace Berlusconi. The new government will be tasked with implementing an austerity package totalling almost 60 billion euros, aimed at tackling the nation's towering debt. Our correspondent, Sara Firth, has more from Italy.

The untold item from this story is many of these rich Chinese have setup "the last plane out accounts". That is they will stay in China,with much of their money tied up in factories and businesses, until last possible moment, then if required to flee (say the Communist Party turns Communist again) they have already socked away funds outside of their domicile so as to rebuild their wealth. 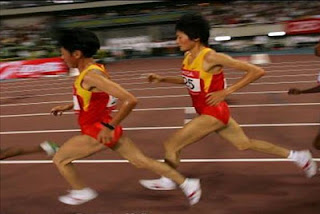 From Asia Times:
By Olivia Chung

HONG KONG - "Get rich - then get out" is the life message being grasped by China's wealthiest citizens two decades after former leader Deng Xiaoping supposedly declared that "to get rich is glorious".

About 60% of rich Chinese people intend to migrate from China, according to a report jointly released by the Hurun Report, which also publishes an annual China rich list, and the Bank of China. A separate study by US-based Bain & Company and China Merchants Bank in April of 2,600 high-net worth individuals - those who hold more than 10 million yuan (US$1.6 million) in individual investable assets (excluding primary residences and assets of poor liquidity) - found that about 60% of those interviewed had completed immigration applications to other countries or had plans to do so.

About 14% of the rich Chinese people, each of whom has a net asset of more than 60 million yuan, said they had either already moved overseas or applied to do so, according to the Hurun findings, which were based on one-on-one interviews with 980 rich Chinese people in 18 mainland cities from May to September.

Another 46% said they planned to emigrate within three years, variously citing higher-quality education available for their children overseas, better healthcare, concerns about the security of their assets on the mainland and hopes for a better life in retirement......read on
Posted by Unknown at 9:37 AM No comments:

Martin Armstrong - Government is Living in a State of Denial

click on image to go thru to the report
Posted by Unknown at 9:02 AM No comments:

No Billionaire Left Behind

Paper Gold can burn you, Physical Gold protects you

An interesting admission from Gerald Celente that his commodities trading account has been caught up in the MF Global bankruptcy, as a world renowned forecaster one is tempted to say that he should have seen it coming.

On The Edge with Charles Hugh Smith

In this edition of the show Max interviews Charles Hugh Smith from oftwominds.com.

He talks about the Neo liberalism and the Washington consensus and their effects on our current economic crisis.