Gold forecast to rally through $1300

Uncertain economic and financial outlook stokes investor interest. One traditional driver of gold strength, US dollar weakness, proved conspicuously contrary as that currency also benefited from a flight to quality and so frequently strengthened in tandem with gold.

GFMS released Gold Survey 2010 - Update 1, their latest report on the gold market, at a launch in London. The following details some of the highlights of the report from the briefing given at the launch by Philip Klapwijk, chairman of the independent metals research consultancy.

The report devotes much space to the critical area of investment demand, as the consultancy sees this as the prime driver of the gold price’s rally during the first half of the year to record highs. Klapwijk noted here, “gold certainly lived up to its reputation as a safe haven in troubled times. Just look at the explosion in investor interest that followed the sovereign debt crisis unfurling in Europe. And it came as little surprise that we saw this interest strongest in arenas with a clear physical link, such as the ETFs, or in regions with memories of currency shock, such as German-speaking Europe”.

Other factors cited in explaining investor interest included a shaky outlook for the industrialised world’s economies, the maintenance of low interest rates and the still feared threat of future inflation. One traditional driver of gold strength, US dollar weakness, proved conspicuously contrary as that currency also benefited from a flight to quality and so frequently strengthened in tandem with gold.

Update 1 also highlights the critical importance of GFMS’ unique coverage of all aspects of the gold market; despite all this bullish talk of buoyant investment demand, it was, in totality, considerably lower than in the first half of 2009, when financial markets were still reeling in the aftermath of the Lehman collapse.

The consultancy feels that the ability of the gold price to manage record highs this year was to a large extent due to the firmer footing of falling scrap and recovering jewellery demand. Klapwijk added, “It’s hard to see how price gains can be truly sustainable when major fabricators like India and Turkey are net exporters of bullion, the position we were in early last year. However, fast forward to 2010, when Indian offtake jumped by around 170 tonnes, and you can immediately see how investment had a far firmer base to build on”.

Another factor that GFMS see as significant to the rally was the shift in the official sector to net purchasing in the first half, a development chiefly attributable to the collapse in selling by signatories to the Central Bank Gold Agreement. Klapwijk noted that, “The material contribution from central banks’ net buying of around 90 tonnes in the first half was itself useful. But arguably of more importance was the broader shift in sentiment - investors for instance could be more confident of solid price gains, knowing central banks were in a sense on their side”.

A key element of the Update and the presentation is GFMS’ views on where the gold market might be heading and, on that score, the consultancy remains relatively bullish, with Klapwijk adding, “I think we could easily see gold spike comfortably above $1300 before the year’s out. We’ll probably get a fair bit of profit taking as we head into the New Year but I wouldn’t take that as a sign that the party’s over - further gains in 2011 are far from out of the question”.
Posted by Unknown at 11:27 AM No comments:

Going Out with a Bang: Americans Using Credit Cards They Can’t Pay Back

By Mac Slavo: As usual, Schiff is a bull on gold and precious metals commenting that silver "is going a lot higher." Though he didn’t have a specific number in mind, he sees a likely and continued uptrend that can reach levels much higher than where it is today. "I think silver is going to go, ultimately, fifty dollars an ounce, a hundred dollars an ounce, who knows how high it can go?" forecasts Schiff.

When asked what sort of time frame he expects for silver to reach these levels, Schiff’s response closely mirrors our own view on when we can expect a significant move in precious metals and other essential commodities like food and energy:

It could happen very soon. It all depends, I think, on when you really have a collapse in the dollar. I think the dollar index, which is trading a little bit above 80, I think it’s headed down to 40. Whether it gets there in two years, three years, I don’t know. It just depends on when the world wakes up and figures out what’s going on. I mean the United States right now is completely powerless to prevent runaway inflation.

It is our view that not only have the major powers in the world like China, Russia and Europe woken up, but they are very well aware of what is going on. The Europeans, whose banks are closely allied with those in the United States may get slammed just as hard as US banks. And the Dollar and the Euro could very well see the same fate over the course of the next decade, which, in our view, would essentially be a complete destruction of their value in terms of buying power.....read on 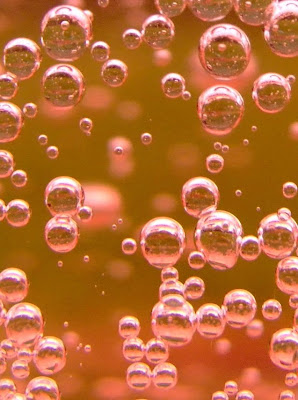 The report concluded: "Unambiguously, the results showed that gold price developments do not resemble statistical characteristics of past bubbles. Furthermore, we demonstrated that there is ample scope for continued robust growth in gold market demand."
Posted by Unknown at 8:31 AM No comments: 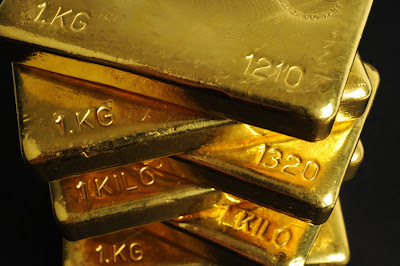 Looking back at recent history the best year for mine production was in 1999 when 83.69 million ounces of new gold came out of the ground. Keep in mind that in that year the price of gold was under $300, hitting a low of $256. (That was the year that the luckless former British Prime Minister Gordon Brown ordered the sale of Britain's gold reserves.).....read on
Posted by Unknown at 8:08 AM No comments: