http://usawatchdog.com/gold-is-the-anti-bubble-jim-willie/ Jim Willie of GoldenJackass.com contends, "The gold standard will return because gold will be the last asset left standing. Everything in paper is going to go to Hell." The transition will be very painful. Willie says, "We have a climax bust coming for bonds, currencies and the banking system because they are all interrelated." Join Greg Hunter as he goes One-on-One with Jim Willie, also editor of the "Hat Trick Letter."

Treasury Scarcity to Grow as Fed Buys 90% of New Bonds 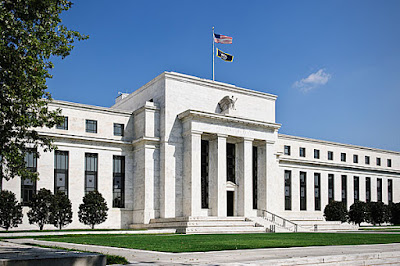 The FED proves yet again that it is a coprophagia species.

Even as U.S. government debt swells to more than $16 trillion, Treasuries and other dollar fixed- income securities will be in short supply next year as the Federal Reserve soaks up almost all the net new bonds.

The government will reduce net sales by $250 billion from the $1.2 trillion of bills, notes and bonds issued in fiscal 2012 ended Sept. 30, a survey of 18 primary dealers found. At the same time, the Fed, in its efforts to boost growth, will add about $45 billion of Treasuries a month to the $40 billion in mortgage debt it’s purchasing, effectively absorbing about 90 percent of net new dollar-denominated fixed-income assets, according to JPMorgan Chase & Co.

Posted by Unknown at 5:24 PM No comments:

Posted by Unknown at 4:47 PM No comments: 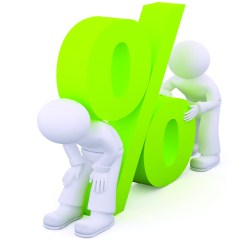 RETIREES and other investors relying on bank and other desposits are the losers after he Reserve Bank slashed interest rates to their lowest since the Global Financial crisis.

National Seniors chief executive Michael O’Neill said some pensioners might have $5000, $10,000 or $15,000 put aside in term deposits, "so they are impacted through to those would might have substantially more than that and are totally reliant on it".

Experts estimate more than one million, mostly older, Australians will be hit by reduced incomes through interest rates.

Self-funded retirees who rely only on cash investments have had their incomes cut by a quarter in the past year.

A Your Money analysis last month has found that since the Reserve Bank started cutting rates last year, typical returns from term deposits and online savings accounts have slumped 15-30 per cent.

Read more
Posted by Unknown at 2:17 PM No comments:

In this episode, Max Keiser and Stacy Herbert investigate the black hole of debt sucking in our economies, jobs and wealth like strings of spaghetti past the economic event horizon.

In the second half, Max Keiser talks to Ned Naylor-Leyland of Cheviot Asset Management about the fishy smoke signals blowing at the LBMA regarding silver contracts and about the debate between inflation, deflation, hyperinflation actually being a debate about the final denouement of paper currencies. Ned also reveals that BBC's flagship programme, Panorama, had interviewed him and Andrew Maguire about silver manipulation and yet have never aired the episode.

Inside Story - Online freedom: Who should control what?

We ask if the governments of the world are in danger of over regulating the use of the internet. Inside Story with presenter James Bays discusses with Paul Conneally, head of communication for the International Telecommunication Union, the ITU; Ahmed Mansoor, a human rights activist. He was arrested last year on charges of running a website that the UAE government clamped down on; and Richard Rogers, professor of new media and digital culture at the University of Amsterdam. Richard is also author of an upcoming book called "Digital Methods".

http://www.euronews.com/ Talks between EU finance chiefs ended on Tuesday without an agreement on a proposed European banking union.