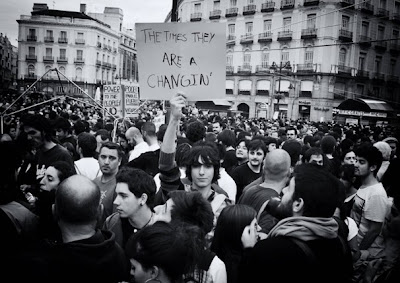 From the Raw Story:

MADRID — Thousands of protesters in Madrid furious over soaring unemployment staged a silent protest and then erupted in cheers of joy as a 48-hour ban on their demonstration took effect on Saturday.

"Now we are all illegal" and "the people united will never be defeated," were among the chants of the protesters who crammed Madrid's Puerta del Sol square and spilled onto side streets.

The protesters held a minute's silence, their hands in the air and some with tape over their mouths, just before midnight on Friday, when campaigning officially ended for Sunday's regional and municipal elections.

The crowd then cheered as the clock in the square, the main site of New Year festivities in Madrid, chimed midnight and a ban on the protest became effective.

"From Tahrir to Madrid to the world, world revolution," said one of the placards, referring to Tahrir Square in Cairo which was the focal point of the Egyptian revolution earlier this year.

Some 19,000 people took part, according to a calculation by the Lynce organisation which estimates crowd numbers and released by the Spanish national news agency Efe.

Thousands of people have massed in city centres across the country in an swelling movement that began May 15, the biggest spontaneous protests since the property bubble exploded in 2008 and plunged Spain into a recession from which it only emerged this year.....read on
Posted by Unknown at 6:05 PM No comments:

Truth about Markets - The Economics of the Ghetto 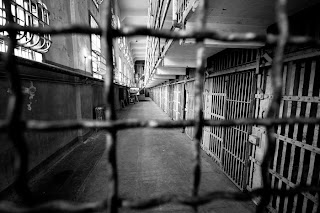 Iran Arrests 30 US Spies As It Builds Venezuelan Missile Base; America Sends A Third Aircraft Carrier To Persian Gulf 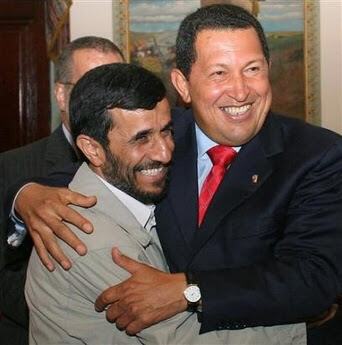 A week ago Die Welt reported that, in what may soon be a repeat of the Cuban missile crisis, US arch-enemy Iran, following a secret agreement signed on October 19, 2010 of strategic cooperation, Venezuela has allowed Iran to commence construction of a missile base on Venezuelan soil. The base, which will be located on the northernmost peninsula de Paraguana, 120 kilometers from the Colombian border, has recently been visited by a group of leading engineers from the Iranian Revolutionary Guard-owned construction company Khatam al-Anbia, is unofficially designed "to help develop an infrastructure to protect against air attack. Also planned is the construction of a command and control station, residential areas, watchtowers, and bunkers, in which warheads, missile fuel and other items can be stored.

In cooperation with its Venezuelan partners, Iran also intends to build missile silos at a depth of about 61 ft." The project appears to be funded by Iran: "Information gathered by Die Welt also suggests that on their visit to Venezuela, members of the Iranian delegation carried cash in their luggage for the project’s initial funding.

Western security circles suspect that this involved tens of millions of dollars siphoned off from Iran’s burgeoning oil profits." But most importantly is the discovery that while presumably defensive, Venezuela has told Iran, that it will be granted use of the base when completed: "According to the secret agreement between the two countries, Venezuela pledged to Iran that it will be able to strike its enemies from the joint missile base.

Iran is attempting to boost its strategic threat to the U.S., similar to the Soviet strategy in Cuba during the 1960s." And while skeptics may say that the base located about 2,400 miles from DC has no chance in striking the US capitol, the reality is that the Iranian long-range ballistic missiles Shahab 5 and 6, are rumored to be a three-stage system, which has a range of anywhere between 3,000 and 10,000 miles. So with missile base supplies most likely to come by sea (Venezuela is a few hundred miles away from Cuba), is a recreation of the 1961 Cuban missile crisis the next big political diversion?.....read on
Posted by Unknown at 5:29 PM No comments:

Interesting to see pink is the new brown......

Fitch downgrades Greece rating to B+ 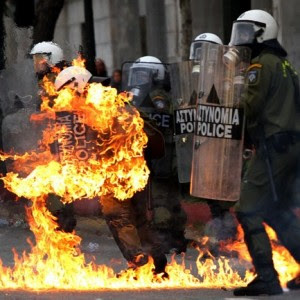 BEIJING, May 21 (Xinhuanet) -- The Greek Finance Ministry has criticized the international ratings agency Fitch for downgrading the country's credit to a junk status.

Earlier on Friday, Fitch downgraded the country's credit rating by three notches to "B+" with a negative outlook, following Standard and Poor's and Moody's recent similar downgrades of the Greek economy. Fitch has warned that without a "credible" EU-IMF bailout program, Greece will probably be forced into default. Greece's borrowing rates spiked to new highs on the news.

Rates on the nation's 10-year bonds hovered around 17 percent, a sign that investors believe Greece may not repay its debt.Pressure has mounted on Greece and its foreign lenders recently for supplementary actions to tackle the debt crisis.

Spain takes to the street against austerity

Posted by Unknown at 4:37 AM No comments: