Max's guest for this week's show is Karl Denninger who is the founder of market-ticker.org. Karl gives some predictions on the US economy in the New Year. He is downbeat and forecasts a terrible year for the housing, banking and myriad of sectors. He says the Europe would also disintegrate and says people there will have a weaker euro in parity with the dollar. China will also break the peg and people would see a rise in commodity price, bubble assets and less export to the US. 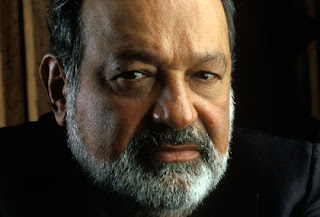 A source in mergers and acquisitions out of Europe has alerted King World News that Carlos Slim may be looking to enter the silver market in a big way. Gold and silver are in big bull markets and this is attracting the attention of some of the smartest money around the globe. James Turk commented, “If this deal does happen Eric, this is going to make the silver shorts choke.” Fresnillo has a current market cap of roughly $19 billion.

The European source commented, “This deal has been floating around for a while, but I think this time it is going to happen. It’s in his backyard. This is the world’s richest man wanting to get into silver.”........read on
Posted by Unknown at 8:52 PM No comments: 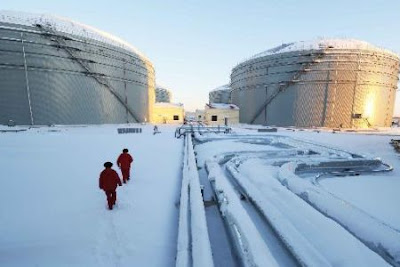 The "Dimitrie Leonida" National Technical Museum from Romania hosts a weird kind of battery. Built by Vasile Karpen, the pile has been working uninterrupted for 60 years. "I admit it's also hard for me to advance the idea of an overunity generator without sounding ridiculous, even if the object exists," says Nicolae Diaconescu, engineer and director of the museum.

The invention cannot be exposed because the museum doesn't have enough money to buy the security system necessary for such an exhibit.

Half a century ago, the pile's inventor had said it will work forever, and so far it looks like he was right. Karpen's perpetual motion machine now sits secured right in the director's office. It has been called "the uniform-temperature thermoelectric pile," and the first prototype has been built in the 1950s. Although it should have stopped working decades ago, it didn't.

The scientists can't explain how the contraption, patented in 1922, works. The fact that still puzzles them is how a man of such a scientific stature such as Karpen's could have started building something "that crazy."

The prototype has been assembled in 1950 and consists of two series-connected electric piles moving a small galvanometric motor. The motor moves a blade that is connected to a switch. With every half rotation, the blade opens the circuit and closes it at the the start of the second half. The blade's rotation time had been calculated so that the piles have time to recharge and that they can rebuild their polarity during the time that the circuit is open.

Karpens Pile: A Battery That Produces Energy Continuously Since 1950 Exists in Romanian Museum

The purpose of the motor and the blades was to show that the piles actually generate electricity, but they're not needed anymore, since current technology allows us to measure all the parameters and outline all of them in a more proper way.

A Romanian newspaper, ZIUA (The Day), went to the museum for an interview with director Diaconescu. He took the system our of its secured shelf and allowed the specialists to measure its output with a digital multimeter. This happened on Feb. 27, 2006, and the batteries had indicated the same 1 Volt as back in 1950.

They had mentioned that "unlike the lessons they teach you in the 7th grade physics class, the 'Karpen's Pile' has one of its electrodes made of gold, the other of platinum, and the electrolyte (the liquid that the two electrodes are immersed in), is high-purity sulfuric acid." Karpen's device could be scaled up to harvest more power, adds Diaconescu.......read on