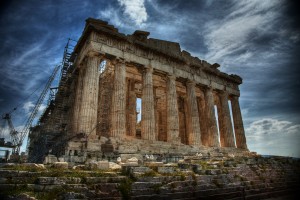 Maybe if I stop paying my mortgage, give my bank manager a deal where he is forced to write off 74% of my loan I to can get an improved credit score and a reduced interest rate.

(Reuters) - Greece is no longer in default but slow reforms, political uncertainty and recession could push it back towards bankruptcy, Fitch Ratings said on Tuesday after Athens completed the largest debt restructuring in history.

Fitch assigned Greece a speculative B- rating, becoming the first major rating agency to lift the country out of default territory after the debt swap cut Athens' debt mountain by about 100 billion euros, or close to a third.

It was the first time Greece's rating had been upgraded since the debt crisis erupted at the end of 2009 and the first Fitch upgrade since 2003, but the B- rating still places Greek government bonds firmly in "junk" territory.

Uncle Ben has opened his bagel hole again. He said a lot but seemingly nothing much he hasn't said before. 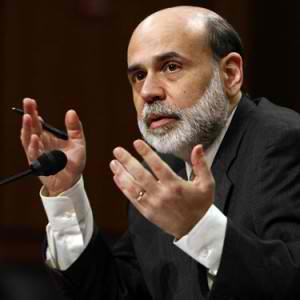 In summary:
“The recent increase in oil and gasoline prices will push up inflation temporarily, but the Committee anticipates that subsequently inflation will run at or below the rate that it judges most consistent with its dual mandate” (and if  Israel or the US, sorry I repeat myself, attack Iran then what Ben?)

As expected with this "nothing to see here, keep moving announcement" both Gold and Silver sold off somewhat as Ben spoke for no reason other that the herd expected them to, so they did.

In this episode, Max Keiser and co-host Stacy Herbert discuss how a video not featuring Justin Bieber went viral and how Max Keiser started a gold stampede. They also talk about "the white man's debt burden" of Uganda's resources and Afghanistan's "crony capitalism". In the second half of the show, Max talks to David Morgan about silver circles, ounces and manipulation.