With Greece being soooo last week Italy has now taken centre stage of this operatic drama, with that in mind I thought I would dedicate this weekend's chillout to Italian PM (is he still?) Silvio Berlusconi.

From: RTAmerica  | Nov 9, 2011
Iran is being targeted by The International Atomic Energy Agency. The IAEA is claiming Iran is gathering essential materials to build a nuclear warhead. Some critics feel this is reminiscent to the situation when the US had "concrete" evidence that Iraq had weapons of mass destruction but were never found. Is Iran trying to acquire nuclear weapons or is this another ploy by the Western powers? Paul Craig Roberts, former Reagan administration official and columnist, helps us answer some of these questions.

From: CapitalAccount  | Nov 10, 2011
The sick man of Europe: yesterday Greece, today Italy, tomorrow any number of possibilities. Meanwhile, we see more comparisons of the US economy to Japan's Lost Decade. We speak to Steve Keen, economics professor and author of Debunking Economics, who saw these events all coming years in advance. Why did so many other economists miss them and why might their training mean they'll continue to? And as we see Occupy Wall Street protests continue, should people be occupying economics departments at universities, too?

Potential for a neo-Communist Party in South Africa

The ANC has just potentially made a political martyr of the Leader of the ANC Youth League, I wouldn't be surprised if he goes on to a form a new political party to the left of the ANC (if that is even possible). Watch this space in regard to Platinum in particular.

The more they deny it the more likely it is to occur, remember John Howard's, Julia Gillard's, and Paul Keating's denials of leadership aspirations in our history.


From: Euronews  | Nov 10, 2011
http://www.euronews.net/ German Chancellor Angela Merkel and officials from France and the EU have denied planning to create a two-tier eurozone, separating the stronger economies from those seen as weak. 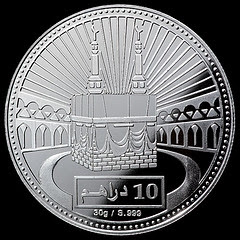 In my writing a couple of themes occur with regularity: how "fractional-reserve banking" (with purely fiat currencies) is nothing less than serial stealing from the general population; and how gold and silver can protect people from this cycle of theft.

With respect to fractional-reserve banking, the theft is obvious. The bankers print up vast quantities of their paper currencies 'out of thin air', at no cost to themselves - but with the full benefit of that money. Thus their own "wealth" increases exponentially, and without the bankers earning a single penny of it. However, by diluting our currencies in this reckless manner they drive down the value of our money - reflected in higher prices (i.e. reduced purchasing power). We get poorer and poorer; they get richer and richer.

Given that we have a corporate propaganda machine which has spent more than forty years trying to disguise this serial stealing, it is no surprise that it often takes a long time for this reality to sink into peoples' minds. Sadly, even once people understand the stealing which is taking place, they often aren't able to piece together how precious metals are the "cure" for this chronic condition.

When I speak of precious metals being our salvation from the bankers' world of debauched paper, for the average person what I mean specifically is that silver is their primary protection from the banksters' stealing-via-dilution. In referring to silver as "the people's money" I am not saying anything new here. Rather I am simply reiterating one of the oldest economic truths of our species.

To understand this first requires understanding two more of the most ancient concepts of humanity. To begin with, people must know the answer to the question "what is money?". Once they have a clear understanding there, it becomes crystal-clear why gold and silver are the best "money" our species has ever known - and the only "good money" in existence today.

Given that 15:1 ratio (and the much greater, current ratio today), this leads to an obvious inference. Gold, by virtue of being less common and thus more valuable is the "money" of the wealthy and governments. Conversely, by virtue of being more plentiful (but still "precious") silver has always been the Money of the People.

Once these preliminary concepts are understood, readers should be ready to absorb how and why silver can protect the ordinary person from the serial stealing of the bankers. Remembering how the bankers "steal" by diluting the paper (i.e. fiat currencies) we are holding, the obvious solution to that problem is to avoid holding the bankers' paper.

People need to divorce their minds from the notion of "buying silver", and rather simply think of themselves as doing their "saving" with silver rather than with the banksters' ever more diluted paper. Indeed, the worst thing we can possibly do with our wealth is to deposit it in a bank - since that simply allows the banksters to ratchet-up their "leverage" even further (i.e. steal from us even faster).

Put another way, every dollar which ordinary people convert to silver (or gold) weakens the intensity/effects of this stealing-via-dilution. This also explains the extreme aversion which the bankers have to a "gold standard", and why they have disseminated millions of pieces of propaganda over recent decades attempting to portray a gold standard as either being archaic or simply "impractical".

A gold standard is "impractical" indeed if one is a banker because when it comes to the banksters' efforts to steal-via-dilution, a gold standard functions like an "economic straitjacket", preventing the banksters from conjuring any "money" out of thin air. With the absolute refusal of our corrupt and servile politicians to "regulate" these financial crime syndicates, a gold standard would impose fiscal/monetary discipline (and sanity) on both bankster and politician alike.

Lacking a gold standard and lacking any financial regulation of these multinational banks, as individuals we have been left with absolutely no recourse but to "insure" our wealth by converting it to silver. Holding silver will not/cannot "fix" our economies by itself. However, with the self-destructive greed of the banksters and the shameless corruption of our political leaders, the destruction of our economies is now inevitable - and we must protect ourselves individually, since we have been abandoned by our own governments.

As it has done for nearly a hundred years, the corporate media defines such behavior as "hoarding". Strangely, when we (collectively) hold several billion dollars of silver the propaganda machine calls this "hoarding", yet these same media talking-heads never mention the word "hoarding" when it comes to the $10's of trillions in paper wealth being hoarded by these ultra-wealthy (ultra-greedy) misers.

As I have demonstrated in numerous previous commentaries, it is the "hollowing out" of our economies through the hoarding of all these $trillions which is one of the primary causes of our imminent economic collapse. In other words, it was bad enough to have the ultra-wealthy steal $trillions of our wealth, but they have compounded that economic harm by refusing to spend their ill-gotten hoards. If the "other 99%" greatly increase their "saving with silver" (or gold), this will also serve to slow down this hollowing-out process, and will at least help to delay our complete economic collapse.

Our economies remain in desperate need of a total overhaul of our entire monetary system, our tax systems, and our labour markets. Given the saturation level of corruption in our governments, it seems likely that most Western nations must also have radical reforms in their political systems as well.

Holding silver solves none of those other problems. At best, it will "buy us the time" to actually fix our broken economies (and broken political systems). At worst, it will make it a little easier to rebuild our societies from the economic "rubble" left behind by the banksters and their political servants.

Jeff Nielson studied economics for four years at the University of British Columbia, before going on to attain a law degree from that same institution in 1989. He came to the precious metals sector around the middle of last decade as an investor, but quickly decided this was where he wanted to focus his career. After publishing his own, amateur blog for a year, in 2008 he founded Bullion Bulls Canada: a web-site providing information and analysis to precious metals investors. Today, bullionbullscanada.com reaches a global audience of precious metals investors in more than 120 countries.


www.bullionbullscanada.com
Posted by Unknown at 12:21 PM No comments:

This week Max Keiser and co-host, Stacy Herbert, discuss European gold wars and the brokers at the Chicago Board of Trade telling others to get a job while they can't even do the one job they have. In the second half of the show, Max Keiser interviews James G. Rickards about his new book - Currency Wars: The Making of the Next Global Crisis.