The latest Keiser Report discusses the the huge increase in gold sales in China and around the world this year. In the second half of the show Max interviews an environment journalist about the BP gulf oil spill. 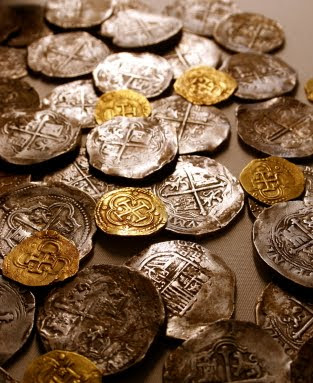 By Lorimer Wilson: At 8.5x the Dow/gold ratio is currently slightly above the long-term median of 8x. This means that gold is still relatively inexpensive in comparison with the Dow Jones. Bull markets tend to end in euphoria and excess, however, which is why we expect substantially lower values. In 1932 the ratio was 2x, and at the end of the last bull market the ratio was 1x. We think that values of 1-2x might be reached again as a result of the secular bull market.....read on

Bullion-Buying In China And India (part 2)

By Jeff Nielson: In Part I, I alerted readers to the problem with using Western labels and Western analysis to analyze the gold markets of other nations - especially the two titans of the gold market: China and India. More specifically, I pointed out that breaking-down demand into the categories of "retail investment" and "jewelry" demand was both arbitrary and inaccurate.

In fact, much of the gold/silver acquired under both of those categories simply represents "savings", rather than "investment" or the mere purchase of a luxury good (i.e. jewelry). Because of this inaccurate analysis, I suggested that (Western) analysts will likely consistently underestimate long-term demand, while overestimating the amount of "scrap" bullion which would/will return to the market.

While much of this analysis applies to both India and China, there are clearly important differences in these two, critical markets for precious metals. Previously, I pointed out that China had only recently removed/relaxed policies which severely restricted the ownership of precious metals. An astute reader immediately provided me with two, important observations.....read on