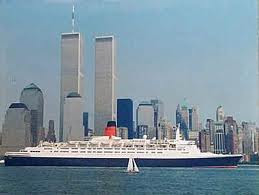 In QE1, the Fed bought $1.2 trillion in toxic mortgage-backed securities off the books of the banks. QE1 mirrored TARP, the government’s Troubled Asset Relief Program, except that TARP was funded by the government with $700 billion in taxpayer money. QE1 was funded by the Federal Reserve with computer keystrokes, simply by crediting the banks’ reserve accounts at the Fed.

Pundits were predicting that QE2 would be more of the same, but it turned out to be something quite different. Immediately after the election, Bernanke announced that the Fed would be using its power to purchase assets to buy federal securities on the secondary market -- from banks, bond investors and hedge funds. (In the EU, the European Central Bank began a similar policy when it bought Greek bonds on the secondary market.) The bond dealers would then be likely to use the money to buy more Treasuries, increasing overall Treasury sales......read in full

Gerald Celente - The Euro is doomed

Why Silver, Why Now?

Why should I buy silver?

Posted by Unknown at 4:31 AM No comments:

The Sorcerer's Apprentice is a poem about an old sorcerer who leaves his apprentice in his workshop to carry out the chores. The following excerpt from Wikipedia summarizes the story:

"Tired of fetching water by pail, the apprentice enchants a broom to do the work for him - using magic he is not yet fully trained in. The floor is soon awash with water, and the apprentice realizes that he cannot stop the broom because he does not know how to.

Not knowing how to control the enchanted broom, the apprentice splits it in two with an axe, but each of the pieces becomes a new broom and takes up a pail and continues fetching water, now at twice the speed. When all seems lost, the old sorcerer returns, quickly breaks the spell and saves the day. The poem finishes with the old sorcerer's statement that powerful spirits should only be called by the master himself."

The Sorcerer's apprentice is of course Ben Bernanke and his cadre of money printing and "Zero Interest Rate" fellow chairmen and governors of other central banks. The real sorcerer is gold and silver due to their long term grip on reality. Occasionally the forces of paper seem to triumph but such triumph is nothing more than a fleeting mirage.

It is for this reason that there is a world of difference between believing in miracles on the one hand and on the other bending reality to see them. Whether you fool yourself or others, the result is the same - the miracle will prove to be a mirage. You are then left with the painful choice of amending your beliefs and actions or alternatively you create ever increasing layers of multiple lies to maintain and enhance the mirage. If multiple mirages are allowed to exist and persist, the ensuing catastrophe is not only heightened but also assured.

Back in October 2009, I wrote the following:

"...yesterday's level of affluence was largely a series of dovetailing mirages. Thus the mirages were not only transient but also undermined whatever strengths there were prior to that period of "hedonistic" unbridled capitalist aberrations.

So what were these dovetailing mirages? YES we can keep fighting wars forever, YES cheap interest can cure all economic ills, YES we can use our homes as ATMs, YES we can become rich by flipping condos, YES we can increase government expenditure and still reduce taxes, YES we can print money and still remain the reserve currency of the world, and finally, YES we can spend our way out of trouble."

That was only a small list because it failed to list such examples as Enron, Dubai, the admission of Greece into the EU, accounting standards that allow bank assets to be valued well beyond their market value, retirement funds that continue to assume 8% earnings in the face of little or no earnings and above all a core inflation rate that ignores food and energy. And lest I forget, there are the bailout funds that are backed by mirage money. The only part that is real is the yoke placed over current and future generations of decent workers and entrepreneurs to pay for the damages. That yoke will result in more years of work, fewer benefits and a lower standard of living.

The work of John Williams in exposing and documenting the statistical manipulations of the US government is well known, particularly in the area of inflation and unemployment. The other day however, I spotted the following in the Business Insider:

"With Chinese official inflation accelerating, and the government rushing to implement price controls for food, the inflation statistics themselves are now coming under far more intense scrutiny than before. And failing. Two weeks ago, a Chinese think tank said that official data had been understating inflation by 7%." (November 17, 2010)

As we all know the growth in GDP is discounted by the inflation rate so as to arrive at a true growth figure. The conclusion is that China might be gobbling up great amounts of resources and churning out container loads of exports but in reality it might not be producing the real growth in outcomes for its workers that one would expect. Everything there is possibly a mirage as workers are overworked, underpaid and under-provisioned in terms of medical benefits, retirement benefits and working conditions. Moreover, the galloping asset inflation which is not reflected in the inflation figures further strips the worker of any real reward.

The workers in the United States might have had their jobs and earnings severely culled but the reality is that their remaining lifestyle is still massively subsidized by Chinese workers. On both sides of the Pacific the ordinary people are being played for fools whilst the uber wealthy and their bankers squeeze the sweat out of the Chinese and the remaining wealth out of the Americans. The result is that the Chinese have jobs and conditions that no American would want and the Americans get Chinese goods in quantities they don't really need.

So if those magic growth figures put out by China of 9% and more are further discounted by the amount of the understated inflation, the conclusion is that we are being fed hype by the government and its media lackeys. Or is it the other way round?

The Chinese of course are simply following the tricks of the USA, which methodically tampers with inflation figures so as to enhance growth statistics and to restrict Cost of Living Adjustments.

This model of economic growth and the accompanying system of measuring growth is not sustainable, particularly when it results in ever increasing wealth accumulation that is counterbalanced by increasing levels of poverty. Such imbalances will cause the fulcrum to break at some point.

Thus workers and struggling entrepreneurs everywhere are left clutching paper wealth that is for all intensive purposes a paper mirage with a fast approaching reality that will hit it between the eyes.

Is your wealth tied up in an insolvent bank, a bank that abuses loopholes in reporting standards, a retirement fund that will run out of money before you die or retire, municipal bonds of local governments declaring bankruptcy, a social security trust fund containing unbacked IOU's, Treasuries that rely on mystery buyers at auctions, stocks that rely on cost cutting to show a profit or bonds that pay interest that equates to bank charges?

If you hold any of the above you might still have time to convert your mirage into reality by selling paper and converting to gold and silver and real assets such a prime farming land.

In the meantime a whole line of losers tell us that there is too little gold and silver for them to make a comeback in the world's payment system yet there never seems to be a shortage of zeroes that can be printed on fiat mirages.

The chairmen and governors of central banks need to read the story of the Sorcerer's Apprentice which interestingly enough was first written in German. It now appears the German's have made the connection between the poem and the Weimar Republic's money printing follies. I wonder when the rest of us will make that connection as well.

Are you investing with the Apprentice or the Sorcerer? If you are confused by the recent movements in gold and silver - don't be. The trend is in place, it's just the timing that is still in a different time zone.

Posted by Unknown at 2:13 AM No comments: