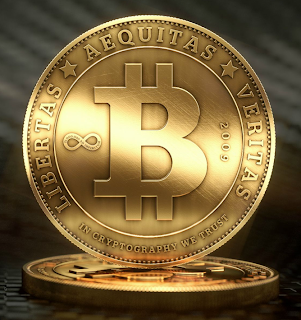 No wonder Ben Bernanke fears bitcoins and would like to regulate their use - there is a bitcoin price on his head!

As Bitcoin becomes an increasingly popular form of digital cash, the cryptocurrency is being accepted in exchange for everything from socks to sushi to heroin. If one anarchist has his way, it’ll soon be used to buy murder, too.

Last month I received an encrypted email from someone calling himself by the pseudonym Kuwabatake Sanjuro, who pointed me towards his recent creation: The website Assassination Market, a crowdfunding service that lets anyone anonymously contribute bitcoins towards a bounty on the head of any government official–a kind of Kickstarter for political assassinations. According to Assassination Market’s rules, if someone on its hit list is killed–and yes, Sanjuro hopes that many targets will be–any hitman who can prove he or she was responsible receives the collected funds

....the largest current bounty on the site–targeting Ben Bernanke, chairman of the Federal Reserve and public enemy number one for many of Bitcoin’s anti-banking-system users. At Bitcoin’s current rapidly rising exchanges rate, that’s nearly $75,000 for Bernanke’s would-be killer.

Read more
Posted by Unknown at 12:21 PM No comments:

Gold and Silver have sold off in NY after market trading, with both Gold and Silver down over 2% due to perceived "bearish" news in the FOMC minutes from the Feds Oct meeting.

It seems that some brain dead algos have interrupted the following gibberish from the Fed as "bearish" even though the members of the board have committed to keep buying $85 billion worth of crap mortgage securities and treasuries per month.

Extract from the Oct FOMC Minutes:


In their discussion of monetary policy for the period ahead, members generally noted that there had been little change in the economic outlook since the September meeting, and all members but one again judged that it would be appropriate for the Committee to await more evidence that progress toward its economic objectives would be sustained before adjusting the pace of asset purchases. In the view of one member, the cumulative improvement in the economy indicated that the continued easing of monetary policy at the current pace was no longer necessary. Many members stressed the data-dependent nature of the current asset purchase program, and some pointed out that, if economic conditions warranted, the Committee could decide to slow the pace of purchases at one of its next few meetings. A couple of members also commented that it would be important to continue laying the groundwork for such a reduction in pace through public statements and speeches, while emphasizing that the overall stance of monetary policy would remain highly accommodative as needed to meet the Committee's objectives. 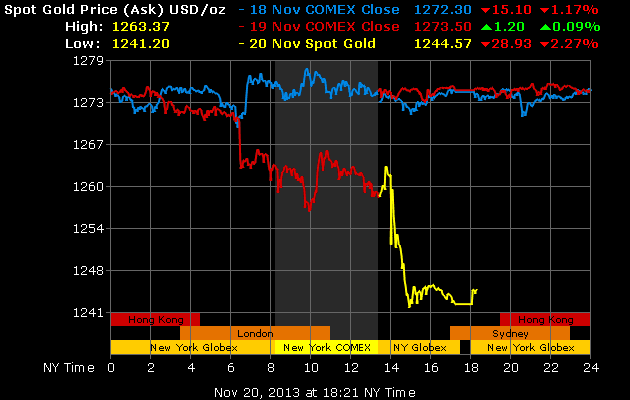 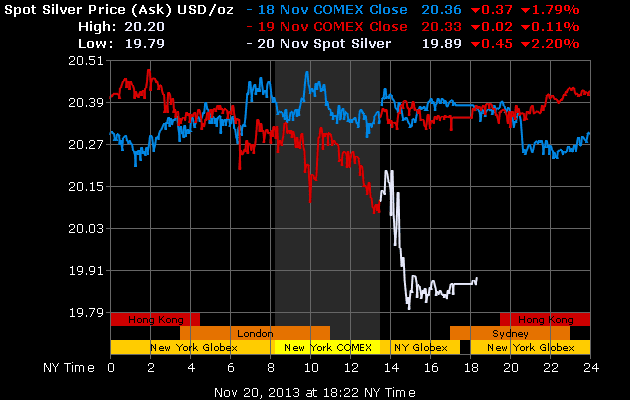 Jeff Christian, the Managing Partner of CPM Group, chats with Vanessa Collette about gold and silver manipulation and the future prices of gold and silver.

Eric Sprott: Silver and Silver Stocks will go much higher