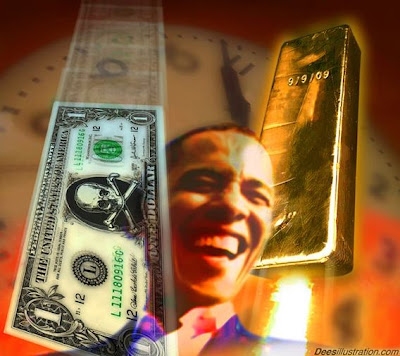 Sorry for not posting this news earlier but is was a tad busy in the showroom today with many investors seeking safe haven and advice.

(Reuters) - Gold eased on Thursday from the session's record highs after the CME Group raised margins on COMEX gold futures, but turmoil in the global financial markets and fears of slower growth buoyed sentiment.

"Historically when margins are raised significantly it tends to cause a bit of sell-off," said Darren Heathcote, head of trading at Investec Australia.

"We've seen some of it now, but it's difficult to see a great deal of selling, because we are in very, very volatile and uncertain times when markets are moving very violently. Gold has proven too much of an attraction as an alternative investment and the margins may not have as much influence."

On the relative strength index, spot gold fell to 82.7, suggesting a heavily overbought market, although the index was off its earlier level near 86, the highest since October 2010.

The rapid rise in prices has prompted concern of a price retracement.

"Gold is overbought and things are looking a little risky," said a physical dealer in Hong Kong, who felt gold could fall toward $1,750.

"But as the debt worries linger and the stock market is still on the downside, gold remains a safe haven."

Gold's safe-haven allure has attracted investors fleeing the risk of debt crisis contagion in Europe and slowing global growth. Prices of cash gold have risen as much as 21 percent since the end of June.

Stock market woes have helped push gold's ratio to the S&P-500 .SPX stock index to its highest since 1988. But that ratio remains far below its peaks of 1980 and the 1930s, and gold is still below its inflation-adjusted record near $2,500.

Extreme market turmoil is forcing central banks to shift policy. Central banks in Japan and Switzerland said they would rein in the appreciation of their currencies, while the U.S. Federal Reserve promised to keep rates near zero for at least two more years.

"With the authorities in both Japan and Switzerland announcing intentions to intervene to weaken their currencies, gold remains the last protection against the potential for widescale money printing as governments seek to recapitalize their banks and restimulate their economies," UBS said in a research note.

The Collapse Celente Predicted Is Happening! 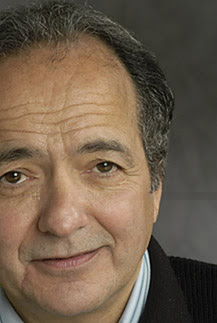 KINGSTON, NY -- On June 13th, Trends Journalsubscribers and the global media received this Trend Alert® "Collapse It's Coming! Are You Ready?"

In that Trend Alert®, Gerald Celente accurately predicted that a global economic collapse was imminent. "The economy is on the threshold of calamity another violent financial episode is looming," he wrote.

Celente warned that the trends of the Summer of 2011 paralleled those in play during August of 2007, trends that had culminated in the "Panic of '08."

He dismissed the assurances of world leaders that policies were in place to mitigate the escalating European and US debt crises.

He discounted "media experts" promoting an imaginary recovery or debating the prospects of a double-dip recession.

It was all bogus. Those assurances were hot air, and the "recovery" talk and "double-dip recession" debates were just red herrings.

In that Trend Alert®, Celente urged readers to resist the urge to lapse into a vacation state of mind. And he warned that the coming panic was going to be distinctly different!

In the Summer of 2007, before the "Panic of '08" set in, the Dow had hit a high of 14,000, the real estate and credit bubbles had not yet burst, and unemployment was a manageable 4.7 percent. People actually still feltprosperous.

Back then, Washington and the Federal Reserve treated the critically wounded economy with trillions of stimulus dollars, low interest rates, and quantitative easing. But in 2011, those fiscal and monetary band-aids are not viable options.

It's a tale told in chapter and verse in Trends Journals, in Trend Alerts andTrends in The News: the promised recovery was no more than a "cover-up." We correctly forecast that gold prices would soar, the dollar would dive against the Swiss Franc, the European debt crisis would worsen dramatically, the vaunted emerging markets would submerge, and the "House made of BRICS" would not escape the turmoil.

In forecasting the collapse well in advance, Celente provided an accurate timeline and supported his conclusions with quantifiable data and in-depth analysis. However, now that the collapse is underway, history is already being brazenly reengineered, right in front of our eyes. Blaming the S&Pdowngrade for triggering the global sell-off/financial panic ­ as the majority of pundits are doing ­ is as bogus as blaming the onset of World War I on the assassination of Archduke Ferdinand. The downgrade was no more than the proverbial last straw that broke the nation's financial back.

Trendpost: Trends Journal subscribers take notice. You know that Gerald Celente predicted the collapse. He now maintains there are no substantive DC/FED/ECB/IMF financial cards left to play to reverse the irreversible.

Despite today's Fed announcement to keep interest rates near zero through mid-2013 ­ and use policy tools to bolster the economy "as appropriate" ­ he forecasts that future Fed schemes will, at best, provide only temporary relief and, as with its previous attempts, are doomed to fail.

True to form, the economic propaganda mill is churning at full speed and the media coverage is mostly "bull." Tune into any business show, pick up any newspaper and what you will get is the economic equivalent of the notorious 9/11 advice from the authorities as people fled the World Trade Center: "Go back to your offices, the fire in the North Tower is under control."

So now, with some $8 trillion of equity destroyed in just a few days, the authoritative counsel is: "The market is oversold. Get back in. It's a buying opportunity."

UK fights wars aboard yet lets chaos reign at home


Sporadic violence has broken out in cities across the UK for a fourth night in a row. More than half a dozen violent hotspots have flared up over the past few days. Buildings were set ablaze, and shops looted. Hundreds of people have been arrested, and one man's been confirmed dead. Thousands of police officers flooded Britain's streets on Tuesday in a bid to end the country's worst rioting in a generation, as nervous shopkeepers closed early and some residents stood guard to protect their neighbourhoods. Some 250 people were arrested after two days of violence in Birmingham - where police were investigating reports of shots fired in a restive inner-city neighbourhood. In the northern city of Liverpool, about 200 youths hurled missiles at police and firefighters in a second night of unrest, and the area's police force reported 44 arrests