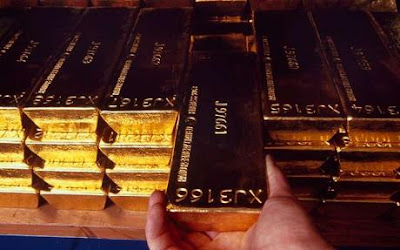 German financial regulator BaFin has started an official investigation of suspected manipulation of benchmark gold and silver prices set by a number of international banks.

The information regarding the investigation was reported by the Wall Street Journal Deutschland. WSJ journalists got an official confirmation from a BaFin spokesman: "Apart from Libor and Euribor, BaFin is also looking into other benchmark setting procedures at individual banks such as for gold and silver prices".

During the last year, the biggest global banks have been found guilty of rigging benchmark lending rates and manipulating the world's interest rates derivatives market that involves trading in contracts that have a total notional value of tens of trillions of dollars. It is not surprising that after finding out that banks rigger Libor benchmark rates, Euribor benchmark rates, settlement values for currencies and a number of reference prices in the energy sector, regulators suspect that the banks may manipulate the gold and silver markets. BaFin spokesman mentioned that the German regulator is not alone in its suspicions and that there are similar investigations taking place in the United Kingdom and the US, without providing further details.

During the last several years, a number of NGOs and market participants have come up with allegations that the big investment banks are actively manipulating the benchmark rates for gold and silver. So far, these allegations haven't been proven in court but it should be taken into account that none of the whistleblowers, NGOs or market participants have the legal and administrative resources of state regulators like BaFin, Securities and Exchanges Commission or the Financial Conduct Authority. NGOs like the Gold Anti-Trust Action Committee have repeatedly tried to make regulators investigate the gold markets but they had no success until the Libor scandal broke out. Investigations that revealed the massive manipulations and cartel-like schemes in the interest rates and currency markets have followed a similar course. They started with allegations coming from outside observers, then the whistleblowers from the banks helped the investigators prove that the banks were involved in massive market manipulations.

Read more: http://voiceofrussia.com/news/2013_11_29/Germanys-regulators-investigate-manipulation-in-the-gold-market-7326/
Posted by Unknown at 5:16 PM No comments: