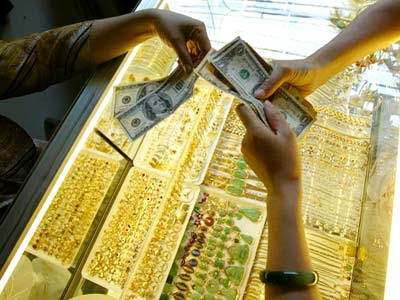 Have the Commies finally realized that with Vietnam being the world's second largest holder of privately held gold (India is 1st) the people would have not listened to the government anyway, and kept on using gold as they have for thousands of years?

The central bank’s final draft decree on managing gold trading stipulates that people can buy bullion as an investment – it had earlier considered allowing people to sell but not buy -- but not use it as a means of payment.

To be eligible for a three-month license for gold trading, businesses must meet certain conditions related to capital, revenue, and network, it says without spelling out the requirements.

Businesses producing and trading gold jewelry too must register for a license from the central bank.

The SBV also seeks to restrict gold exports and strictly regulate imports......read on
Posted by Unknown at 11:57 PM 1 comment: 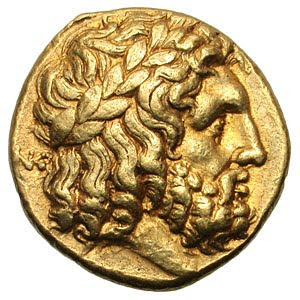 Greek citizens are emptying savings accounts and buying gold as they brace themselves for the possibility of a sovereign default and a run on the banks.

Pledges by socialist prime minister George Papandreou that his government would “save the country” have been widely discounted by the public. However, parliament gave him a vote of confidence late on Tuesday night. The socialists have a six-seat majority in the 300-member house.

Sales of gold coins have soared as savers seek a safer and fungible source of value.

“When the global financial crisis started, our sales of coins to investors overtook bullion for the first time,” said Harry Krinakis, at Sepheriades, a Greek precious metals trader. “Now the sales ratio has reached five to one.”

Tomas, a computer technician, has exchanged his euro savings for gold coins: “I keep them at home just like my grandmother did in the second world war.” 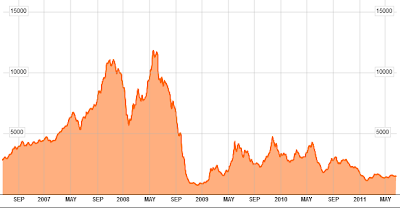 How those Green Shoots going Barry?
From Wikipedia:

Because it provides "an assessment of the price of moving the major raw materials by sea," according to The Baltic, "... it provides both a rare window into the highly opaque and diffuse shipping market and an accurate barometer of the volume of global trade -- devoid of political and other agenda concerns."[2] 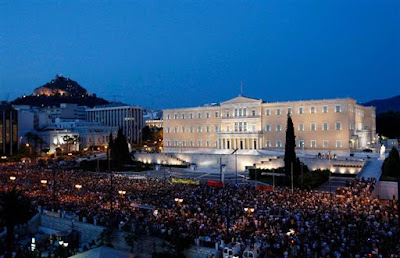 Greece's embattled government on Wednesday survived a confidence vote crucial to avoiding a sovereign default, as thousands of protesters chanted insults outside parliament.
The assembly voted confidence in the government, reshuffled by Prime Minister George Papandreou to stiffen resolve behind a painful new austerity programme, by 155 votes to 143 with two abstentions. All Papandreou's Socialist Party deputies voted solidly with the government.

"If we are afraid, if we throw away this opportunity, then history will judge us very harshly," Papandreou said in a final appeal for support before the vote.

The closely watched vote had an immediate impact with the euro making gains, although traders said continuing concerns about implementation of the measures contained the currency's advance.

Protesters besieged parliament in Syntagma square, chanting slogans against the politicians, shining hundreds of green laser lights at the building and into the eyes of riot police outside and pushing their hands forward in a traditional insult.

Papandreou's government must rapidly pass two more tests -- enacting the austerity plan and the laws needed to implement it -- to win a new bailout to avert the euro zone's first sovereign default and possible global economic disaster. The vote follows a European ultimatum requiring the debt-choked Mediterranean state to implement a new five-year package of deeply unpopular reforms in two weeks or miss out on a 12-billion euro aid tranche and plunge into bankruptcy.....read on
Posted by Unknown at 10:57 PM No comments: 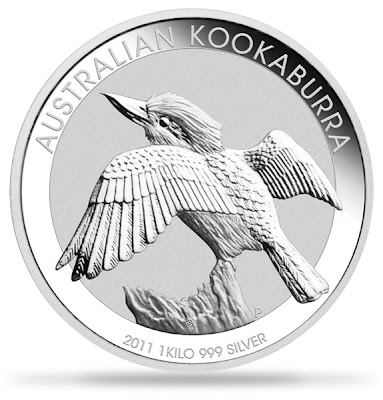 Silver-coin sales from the Perth Mint have surged to a record as buyers seek to protect their wealth with the metal known as poor man’s gold.

The mint sold 10.7 million one ounce silver coins since July 1 last year, according to Sales and Marketing Director Ron Currie. That’s 66 per cent higher than the previous full fiscal year and about 10-fold more than five years earlier. Sales of one ounce gold coins will be close to a record, he said.

Read more: http://www.smh.com.au/business/markets/silver-coin-sales-boom-as-investors-seek-haven-20110622-1gdzo.html#ixzz1Q0VLqQOi
Posted by Unknown at 10:22 PM No comments:

Minister Louis Farrakhan speaking to over 500 religious leaders in New York on May 28, 2011


The Greek Prime Minister is facing a crucial confidence vote in parliament. It will determine whether he'll be able to secure another injection of cash from the EU, and save the country from plunging into deeper crisis. On Monday, EU finance ministers piled further pressure on Greece. They gave Athens two weeks to pass fresh budget cuts and tax increases, conditions that must be met to secure a previously agreed installment of twelve billion euro. MEP William Dartmouth, whose UK Independence Party wants Britain out of the EU, says the uncertainty over the next payment for Greece, is understandable.

TSA Is Searching Your Car, Subway, Ferry, Bus, AND Plane 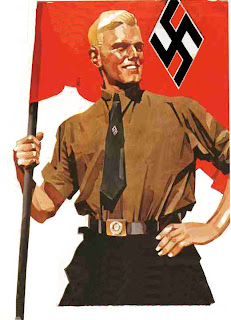 Think you could avoid the TSA's body scanners and pat-downs by taking Amtrak? Think again. Even your daily commute isn't safe from TSA screenings. And because the TSA is working with Immigration and Customs Enforcement (ICE) and Border Patrol, you may have your immigration status examined along with your "junk".

As part of the TSA's request for FY 2012 funding, TSA Administrator John Pistole told Congress last week that the TSA conducts 8,000 unannounced security screenings every year. These screenings, conducted with local law enforcement agencies as well as immigration, can be as simple as checking out cargo at a busy seaport. But more and more, they seem to involve giving airport-style pat-downs and screenings of unsuspecting passengers at bus terminals, ferries, and even subways.

VIPR operations are now even targeting freight trucks on highways. In addition to the random checks on public transit systems, it makes you wonder: can private vehicles be far behind? Will there be any mode of transportation beyond the reach of the TSA?

UPDATE: According to at least one news report out of Brownsville, Texas, TSA/VIPR has already conducted unannounced inspections of private passenger cars and trucks........read story in full
Posted by Unknown at 7:48 AM No comments:

This week Max Keiser and co-host, Stacy Herbert, report on how to improve your self esteem with mountains of debt. In the second half of the show, Max talks to Demetri Kofinas in Athens about the global insurrection against banker occupation happening in Syntagma Square and the role of credit default swaps and mountains of debt in making that occupation possible in the first place.