And they Hate Us for our freedoms, rule of law, and the bill of rights....hmm

Hundreds of Americans gathered outside the White House and in New York's Times Square and Ground Zero to celebrate overnight Sunday, following the announcement by US President Barack Obama that Osama bin Laden, the head of al-Qaida, had been killed.

Dollar in graver danger than the euro 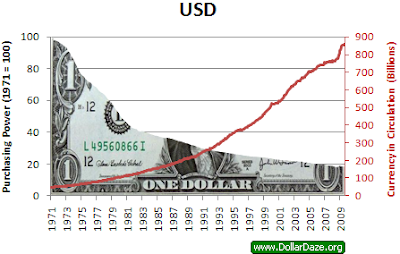 Imagine a country that spends and prints trillions to patch up any problem.

Now imagine another country where there is no central Treasury, meaning that bail-outs are less easy, and which has a central bank that has mopped up liquidity over the past year, rather than engage in quantitative easing.

Why does it surprise anyone that the latter, the eurozone, has a stronger currency than the former, the US? Because of peripheral countries’ debt refinancing issues? And the potential for contagion? These are real and serious issues, but in our assessment, they should be primarily priced into the spreads of eurozone bonds, not the euro itself....read on
Posted by Unknown at 6:32 PM No comments:

Martin Armstrong - The Silver Crash of 2011 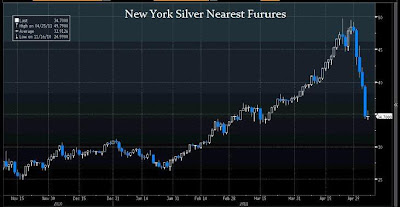 Martin Armstrong turns his cycle theory to work on the recent price action in the Silver market.....read here
Posted by Unknown at 2:34 PM No comments:

Jim Rogers: 'US the largest debtor nation in history'


While US and China are holding talks in Washington DC the question arises - who has the upper hand in this negotiation? Co-founder of the Quantum Fund Jim Rogers says he would always like to be a creditor, not a debtor. 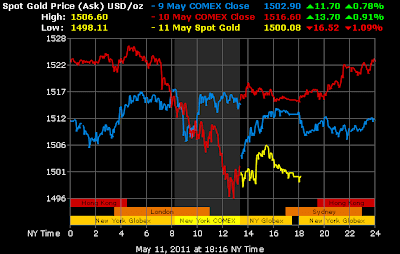 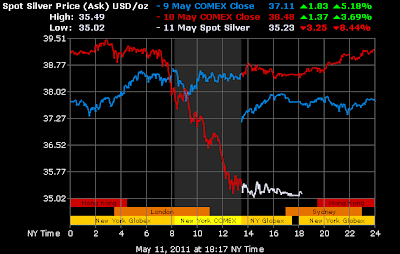 Another day another wild swing in Gold & Silver. Notice how the rest of the world tries to bid up gold and silver but the boyz in NY smack it down, make of that what you will. As Rick Rule commented recently when gold was at $300 and Silver $4 risk was near zero and as we move thru this bull market in precious metals risk and volatility will only increase. In regards to the most recent price action one has to remember the trend is your friend and the long term tend is still higher in this market.
Posted by Unknown at 8:19 AM No comments: 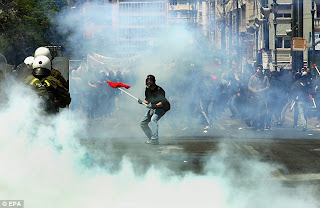 Marinas, casinos and former Olympic venues could be up for grabs after Greece announced a massive fire sale to help service its debt.

The Greek government said it was putting vast areas of state-owned land on the market to raise £44billion in the next four years.

Nationalised companies could also be privatised to help raise the necessary capital to ensure it does not default on debt payments.

It comes after intense pressure from Britain and other creditors to act to prevent debt restructuring that could have widespread effects across Europe.

British Chancellor George Osborne told The Times: 'The issue for Greece is whether it lives up to its commitments.'

Officials have said there is a political drive to ensure Greece can service its debt after a 110billion euro bailout by the EU and IMF last year.

A general strike held today has seen most public services grind to a halt across the country, while thousands marched through Athens to protest against harsh austerity measures.