The Empire Strikes Back

Notice how the MSM eye candy is not allowed to discuss the silver price action, even though George temps them with the fact that silver has significantly out performed gold this year.........watch here
Posted by Unknown at 8:43 PM No comments: 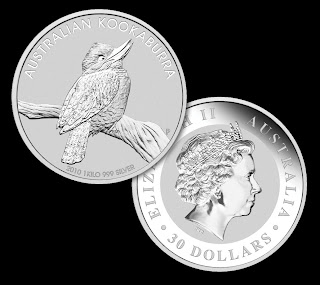 Silver-coin sales will climb as investors seek to protect their wealth from weakening currencies, according to the Perth Mint, producer of about 6 percent of the world’s gold bullion.

“There seems to be more upside with silver than gold right now,” said Ron Currie, sales and marketing director. The mint, founded in 1899, also wants to sell more gold to China even as it scales back production rates from the peak levels seen last year after the 2008 financial crisis, Currie said.

The mint’s outlook adds to signs that global demand for silver, which trades for about 50 times less than gold per ounce, will increase. The Royal Canadian Mint said last week that silver-coin sales will jump more than 50 percent this year. The Perth Mint may match that gain, Currie said in an interview......read on

Ireland surrenders sovereignty to the banksters 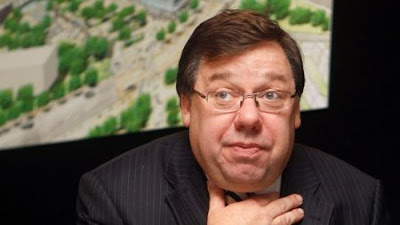 Anger is mounting in Ireland after Prime Minister Brian Cowen confirmed the European Union agreed to his request for a multi-billion-euro bailout.

Protesters gathered outside the government buildings in Dublin and the national media wrote of ‘‘a nation’s outrage’’ following the leader’s announcement.

The Irish Independent ran with the headline ‘‘a nation’s outrage to drive Cowen out,’’ adding that the public was ‘‘roundly furious at the manner in which the government has ’lied’ about the unprecedented events of last week.’’.......read in full
Posted by Unknown at 8:01 PM No comments: