Evidence against Assange draws blank as no DNA link found

A ripped condom given to Swedish police by one of Julian Assange's accusers does not contain the WikiLeaks founder's DNA, forensic scientists have reportedly found. FULL STORY: http://on.rt.com/vbf4za 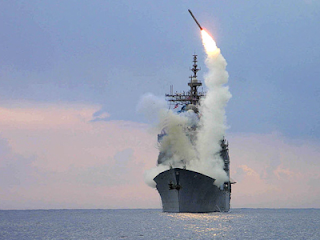 Israel-Iran conflict now the biggest danger to global financial markets this autumn
Posted by Unknown at 5:26 PM No comments:

The strong uptrend in silver of the past several weeks is believed to mark the start of a major uptrend that should take the price comfortably to new highs before it’s done. On the 12-year log chart for silver below we can see that this uptrend is still in its infancy, as it has a target at the top channel return line shown, which means it should get to over $60 on this advance, a modest objective given the stunt pulled by the SPSC (Silver Price Supporters Club) over at the Fed last week.

Read more
Posted by Unknown at 2:12 PM No comments:

Alex talks with historian and author Webster Tarpley about the situation in the Middle East.

QE3 Warfare Against The Dollar, Its People and U.S. Sovereignty

On the Sunday edition of the Alex Jones Show, Alex covers the private bankster cartel known as the Federal Reserve and its latest QE warfare against the dollar, the American people and ultimately the sovereignty of the United States.

How China's Rehypothecated "Ghost" Steel Just Vaporized, And What This Means For The World Economy

From ZeroHedge.com
Original source
One of the key stories of 2011 was the revelation, courtesy of MF Global, that no asset in the financial system is "as is", and instead is merely a copy of a copy of a copy- rehypothecated up to an infinite number of times (if domiciled in the UK) for one simple reason: there are not enough money-good, credible assets in existence, even if there are more than enough 'secured' liabilities that claim said assets as collateral. And while the status quo is marching on, the Ponzi is rising, and new liabilities are created, all is well; however, the second the system experiences a violent deleveraging and the liabilities have to be matched to their respective assets as they are unwound, all hell breaks loose once the reality sets in that each asset has been diluted exponentially.
Naturally, among such assets are not only paper representations of securities, mostly stock and bond certificates held by the DTC's Cede & Co., but physical assets, such as bars of gold held by paper ETFs such as GLD and SLV. In fact, the speculation that the physical precious metals in circulation have been massively diluted has been a major topic of debate among the precious metal communities, and is the reason for the success of such physical-based gold and silver investment vehicles as those of Eric Sprott. Of course, the "other side" has been quite adamant that this is in no way realistic and every ounce of precious metals is accounted for. While that remains to be disproven in the next, and final, central-planner driven market crash, we now know that it is not only precious metals that are on the vaporization chopping block: when it comes to China, such simple assets as simple steel held in inventories, apparently do not exist.
From Reuters:

Chinese banks and companies looking to seize steel pledged as collateral by firms that have defaulted on loans are making an uncomfortable discovery: the metal was never in the warehouses in the first place.

This means that in an economy in which the creation of liabilities, and pledging of assets took place at a furious pace in the past 5 years, nobody really knows just what the real state of credit creation truly was. What is 100% certain is that as a result of this revelation, the GDP number of the country, which is and always has been a derivative of credit formation and expansion (and heaven forbid contraction), is massively overrepresenting what it is in reality, and that the Chinese economy has been expanding at a far slower pace if defined not only by the creation of liabilities, but by matched assets. Most importantly, it means that every single Renminbi in circulation is impaired as a country-wide liquidation event would see huge losses by every creditor class. It also would mean, naturally, zero residual value left for the equity.
And just like that the Chinese growth "miracle" goes poof... as does its steel first, and soon all other commodities (coughcoppercough) that served as the basis of "secured" liability creation.
Reuters continues, even if the punchline is already known:

China's demand has faltered with the slowing economy, pushing steel prices to a three-year low and making it tough for mills and traders to keep up with payments on the $400 billion of debt they racked up during years of double-digit growth.

As defaults have risen in the world's largest steel consumer, lenders have found that warehouse receipts for metal pledged as collateral do not always lead them to stacks of stored metal. Chinese authorities are investigating a number of cases in which steel documented in receipts was either not there, belonged to another company or had been pledged as collateral to multiple lenders, industry sources said.

Ghost inventories are exacerbating the wider ailments of the sector in China, which produces around 45 percent of the world's steel and has over 200 million metric tons (220.5 million tons) of excess production capacity. Steel is another drag on a financial system struggling with bad loans from the property sector and local governments.

"What we have seen so far is just the tip of the iceberg," said a trader from a steel firm in Shanghai who declined to be identified as he was not authorized to speak to the media. "The situation will get worse as poor demand, slumping prices and tight credit from banks create a domino effect on the industry."

Police have arrested an employee from Baoyang Warehouse in Shanghai and are investigating documentation for steel stocks that the employee issued to a trading firm, said an official with the surname Ou at Baoyang. Baoyang is owned by China Railway Materials Shanghai Company Limited.

The trade firm used the stocks more than once as collateral to obtain loans, said an executive at Shanghai Minlurin, another trading firm that had steel stocks in the warehouse. The receipts used were for steel worth around 380 million yuan ($59.96 million), the executive said.

If the above makes readers queasy, it should: after all rehypothecation of questionable assets is precisely what serves as the backbone of that critical component of the shadow banking system: the repo market, where anything goes, and where those who want, can create money virtually out of thin air with impunity as long as nobody checks if the assets used for liability creation are actually in the system (and with JPM as the core private sector tri-party repo entity, secondary only to the Fed, one can see why this question has never actually arisen).
In the meantime, the entire Chinese economy is unraveling:

Banks, too, are giving less credit against warehouse receipts.

"Fake warehouse receipts have become a problem for some banks and because of this, many banks have boosted monitoring of existing stocks at warehouses and temporarily stopped accepting steel stocks as collateral for loans," said a Shanghai-based branch manager from a Chinese bank who declined to be identified as he was not authorized to speak to the media.

Steel mills and end users rely heavily on trading firms to keep steel flowing from producers to consumers. Steel traders often buy consignments with full payment, ensuring cash flow to the mills. End users can buy small volumes from the traders, more convenient for them than the big volumes the mills sell.

Industry sources estimated cases that have already come to light account for about 5 billion yuan ($787.50 million) of bad debt in Shanghai, one of China's biggest steel trading centers.

At another warehouse, a logistics unit of giant steelmaker Baosteel rented a small office to a company called Shanghai Yiye Steel Trade Market Management Co Ltd. Documents were forged stating Yiye was the owner of some of the steel stored in the warehouse, said Wang Xueying, the spokeswoman for the unit called Shanghai Baosteel Logistics Co Ltd.

The two companies came to the warehouse to collect the stocks only to find that Yiye did not own the materials, she said. The case is still under investigation, she added.

Nobody answered telephone calls to Yiye made by Reuters to request comment for this story. Both China Railway Harbin Logistics and Wuhan Iron Yitong declined to comment when contacted.

In conclusion we can only add that we hope none of this comes as a surprise to our regular readers: we have been warning for years that i) the inventory of the world's credible assets is literally evaporating in absence of technological efficiency and CapEx spending (which is also the reason for the ECB's endless lowering of collateral requirements) and ii) illegal rehypothecation of assets, which infinitely dilutes claims on real assets, can and will lead to total losses even for investors who thought they had strong collateral backing.
We now know that this has been happening in China with the most critical component of its economic growth miracle: steel. We will soon discover that all other assets: stocks, bonds, commodities (including gold and silver) and finally cash (think deposits) have been comparably rehypothecated and criminally commingled. The end result will be the most epic bank run in world history, which incidentally is precisely what the central banks are attempting desperately to delay as much as possible by generating excess inflation to "inflate" away the debt, leading to rematching of finite assets and virtually infinite liabilities. Alas, in a world in which credit-money liabilities are in the quadrillions, and in which the real assets are in the tens of trillions, only hyperinflation can seal the deal.
Or, in other words, lose-lose.
Posted by Unknown at 1:30 PM No comments:

Oh the irony of the US becoming a Third World bargain destination.

With easing news well behind the market, action in the metal commodities should pick up again soon, reports CNBC's Sharon Epperson.

Even with competitors such as Samsung biting at their heels it seems Apple investors are still happy to have bubbles in their cider.

So much for Gold and Silver being in a bubble.

GoldMoney's James Turk interviews Félix Moreno de la Cova, who is a studied economist, trader and GoldMoney contributor. They talk about the recent action in the precious metals and currency markets.

South Africa's president says the turmoil in his country's mining industry has cost more than half a billion dollars in lost gold and platinum production.

GOLD IS THE CONSTANT Sandeep Jaitly interviewed by Lars Schall

On the end of a seminar of Professor Antal E. Fekete's "New Austrian School of Economics" that was held recently in Munich, the financial journalist Lars Schall talked for Matterhorn Asset MGMT with Sandeep Jaitly, the editor of the Gold Basis Service, about:

- permanent and rising backwardation in precious metals
- different forms of the gold standard
- the controversy related to his resignation from the Gold Standard Institute
- gold as the universally acceptable ultimate extinguisher of any debt.