'Illegal' Snatch: US wants to grab all data on European air passengers


Lawyers for the European Commission claim a proposed deal between the U.S. and the EU allowing America to store the personal data of millions of transatlantic passengers is illegal. That's according to a report in the UK's Guardian newspaper. The U.S. wants access to credit card details, phone numbers and home addresses of European passengers as part of its anti-terror measures. But Member of the European Parliament Gerard Batten says only a joint international agreement will be able to protect the world from terror threats.

Raiders of the Lost Server

Just another reason for geographic diversification.....Your domicile in one country, your citizenship, assets and now data/servers in others countries - a globally dispersed array.


This is the first television report on an unprecedented act of Internet crackdown that the mainstream media is suspiciously quiet about. More than one hundred websites went down for over a day after the FBI removed servers from a web-hosting company in Northern Virginia in a first of its kind raid. The FBI won't comment on the matter but reportedly the raid was related to an investigation of one of the hacking group LulzSec.

No fix for the US Economy


Three years after the financial collapse, most Americans feel they still haven't felt the solutions that have been put into place to bring jobs and spending back to the world's largest economy. Lawmakers are continuing to press the Obama administration to work harder to fix the economy.

The Fed would be “prepared to take additional action, obviously, if conditions warranted,” including the purchase of more Treasury securities, Bernanke said yesterday after U.S. central bankers met in Washington. The economy will probably overcome constraints from elevated energy prices and Japan- related disruptions to manufacturing, he said. Still, declining home prices, high unemployment and weaknesses in the financial system may restrain the recovery in the longer term, he said.

Policy makers in a statement yesterday acknowledged the slowdown even as they agreed to complete $600 billion in bond- buying as scheduled this month in the second round of so-called quantitative easing. While the outlook for employment and inflation is better than before the latest bond purchases, Bernanke said he’s not sure how long the economic headwinds will persist. Stocks fell in New York trading.....read on 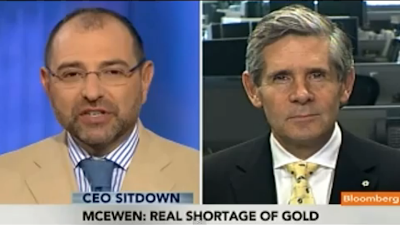 click on image to play video
Posted by Unknown at 7:47 PM No comments: 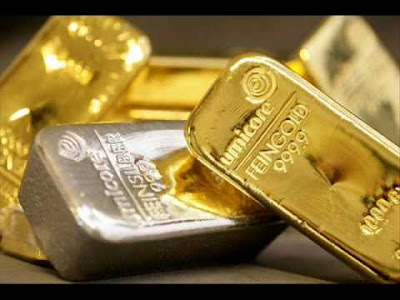 When precious metals commentators (including myself) talk about the pathological fear/hatred which bankers exhibit toward gold and silver, we typically focus on their aversion to higher bullion prices - as being the "canary in the coal mine" which warns us that banker money-printing has spun out of control.

There is, however, an even more fundamental antagonism which the paper-pushing "elites" feel toward precious metals: the simple act of holding bullion is effectively an involuntary "de-leveraging" of the endless $trillions in bankster Ponzi-schemes which have totally contaminated nearly all Western economies.

Readers should not confuse my title with the popular "take down JP Morgan" campaign spearheaded by a few so-called "silver vigilantes". When I talk about bankers being "blown up" by bullion, this is an entirely passive process. First of all, our purchasing of bullion (as has been often explained) is a defensive move to "insure" our dwindling wealth against the currency-dilution inflicted upon us by the excessive money-printing of the bankers. Secondly, the "harm" caused to the bankers by bullion is indirect, and entirely a function of their own excessive behavior.

Let me quickly cover the first premise by once again reviewing the monetary abomination known as "fractional reserve banking". In the typical, modern "fractional reserve system", each time we deposit a (paper) dollar with a bank (or invest it), our eternally greedy bankers are allowed to effectively print-up ten more dollars, loan them out into the economy (or "invest" them) - and thus that $1 dollar suddenly becomes $11, with the other $10 dollars being a windfall created (literally) out of thin air, which has neither been "earned", nor does it have anything at all "backing" its value.

This ten-to-one dilution of our currency - which is nothing less than (legal) systemic fraud - is precisely how the Federal Reserve has been able to reduce the value of the U.S. dollar by roughly 98% (over its 98-year existence). But even stealing at this rapacious rate was not enough to sate the greed of the 21st century Wall Street bankster.

They directed their spineless servants in Washington to change a vast number of rules (and eliminate even more "safeguards") allowing these banksters to increase that (already obscene) 10:1 leverage to an utterly insane level of greater than 30:1 - which turned the entire U.S. financial system (and most of its debt and equity markets) into a collection of hopelessly unstable Ponzi-schemes. This leverage-insanity has culminated in the creation of the banksters' private casino: the $1.5 quadrillion derivatives market - by itself more than twenty times bigger than the entire global economy.

Thus when a small minority of individuals engage in the "defensive" strategy of buying bullion, we are protecting ourselves in two ways. First of all, we are isolating our waning wealth in a form which the banksters cannot dilute/debauch with their money-printing. Secondly, we are accumulating this insurance against the inevitable financial collapse when the bankster Ponzi-schemes finally implode. There is, however, an indirect "virtuous circle" which is set in motion by the simple act of buying bullion, which (to the best of my knowledge) is not being discussed by other commentators - either in the mainstream media, or within this sector itself.

Let us back-up to the basic premise upon which fractional-reserve banking exists: we invest or deposit a dollar with a banker, and then they are legally allowed to dilute that dollar by anywhere from a factor of 10:1 or 30:1. However, each and every time that we take one of our dollars and invest it into precious metals, we are breaking that cycle of dilution (and currency-destruction).

As this purchasing of bullion increases, we thus began to weaken the cycle of serial currency-dilution, and effectively de-leverage our own financial systems. Note that this "involuntary de-leveraging" of Wall Street (in particular) has been made 100% necessary due to the complete failure of servile politicians and corrupt regulators to rein-in the 30:1 insanity of Wall Street. Indeed, after only a brief drop-off (when there were no "chumps" available to take their bets), all reports indicate that the Wall Street vampires are just as leveraged today as they were before they almost destroyed the global financial system the first time - except that this insane leverage is now concentrated in even fewer hands.

This means that as individuals accumulate bullion to personally insure and insulate their wealth from the fractional-reserve piracy of modern banking, that collectively our actions are insuring and insulating our entire economies against the inevitable economic carnage as the paper-bubbles collapse - including all of the worthless, fiat currencies themselves.

In fact, I only began to consciously explore this line of reasoning myself when I was admiring the brilliance of Hugo Salinas Price's movement to re-institute silver money as a "parallel currency" in Mexico. Critics of this scheme have argued that most of the silver money being created would quickly disappear: people would spend their paper money, and hang onto their (higher quality) silver money.

My rebuttal to that has been that this is the beauty of Salinas Price's proposal. Effectively, instead of Mexicans having paper "savings accounts", where they give their pesos to bankers - and then suffer the economic rape of currency-dilution - Mexicans would have "silver savings accounts", 100% immune to the monetary depravity of bankers. I then added to that by pointing out the cumulative effect of this: permanently reducing the percentage of our wealth which is under the control of bankers, and (simultaneously) permanently reducing our vulnerability (i.e. leverage) when these paper-pirates (yet again) destroy themselves (and our system) with their insatiable greed and reckless gambling.

The mainstream media have been programmed with their own rebuttal. They call such behavior "hoarding". This is nothing less than a perversion of semantics. In fact, for more than 4,000 years most of humanity has held their "savings" in the form of gold or silver, and billions of people do so today, primarily in Asian economies.

What has been "savings" for 4,000 years does not become "hoarding" simply because the mainstream media chooses to be an accomplice of the banksters in helping them steal our money through their fractional-reserve Ponzi-schemes.

This supplies ordinary citizens with yet one more motivation to insure a large percentage of their wealth by converting it to ("physical") gold or silver. Not only are we protecting ourselves individually, but collectively we are engaging in the "bank reform" which our cowardly and corrupt political leaders have failed to do.

This means that each and every time you hear some media talking-head parrot the words "hoarding silver", you can immediately translate that to mean "insuring our financial system". The fact that it will ultimately help to "blow up the banksters" (as a consequence of their own greed) is merely a fringe benefit.

Posted by Unknown at 5:48 AM No comments:

Cycles guru Martin Armstrong searches for intelligent life, and finds very little.......read here
Posted by Unknown at 5:26 AM No comments:

Max Keiser: Teutonic Genie out of bottle, America punches itself in face 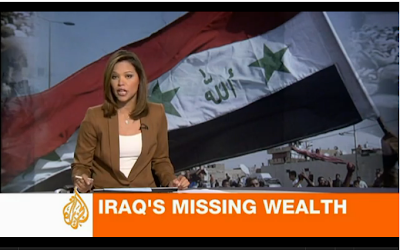 click on image to go thru to the story and video
Posted by Unknown at 1:08 AM No comments: 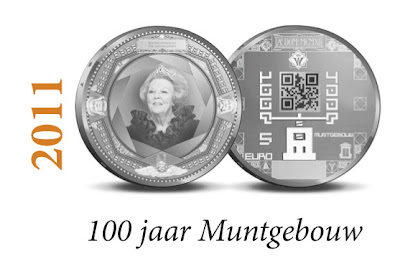 I know I am going out on limb here but I was just reading an article on a new coin being issued by the Royal Dutch Mint who's main feature being a mobile phone readable QR code. Although on second glance does the coin also have a masonic theme in the lettering on either side of the QR code?