While some are hopeful for financial stability in the Euro area, others remain skeptical. We talk to Klaus Regling, the head of EFSF; and Professor Marcus Kerber, Technical University of Berlin.

Are banks to blame for the global economic downturn? 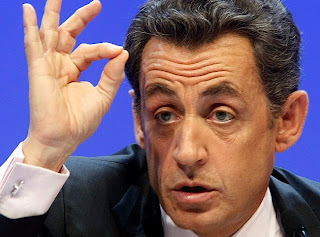 "Keeping it would need a miracle, but I want to believe it can happen," Jean-Pierre Jouyet told a meeting with financial journalists......read on
Posted by Unknown at 5:38 PM No comments:

Why Irish Eyes are Crying 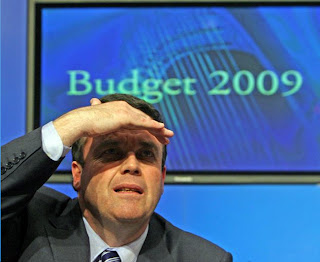 From The Daily Bail

Ireland's Finance Minister, Brian Lenihan learned banking and finance at the kitchen table, two days after Lehman failed. All he knew when he first sat down was that Alan Greenspan was God.

The incompetence of central bankers and finance ministers over the past few years has been breath-taking, but Ireland's Minister for Finance, Brian Lenihan, takes the golden biscuit for sheer ineptitude.

From David McWilliams' recent book, Follow The Money: The Tale of the Merchant of Ennis, we learn that Lenihan, a lawyer by training, received his first lessons in banking and finance at McWilliams' kitchen table - on the 17th of September 2008.

Before that, McWilliams tells us, Lenihan had learned everything he knew about finance from a biography of Alan Greenspan(!) that he had picked up over the summer. We learn that Lenihan had no idea that Irish banks were in trouble until after the failure of Lehman Brothers just two days before.

Less than two weeks after that late-night cram session at McWilliams' kitchen table, Ireland announced to the world that it would fully guarantee its banks liabilities -- for both depositors and bondholders.

We now know that this hasty decision would lead to national bankruptcy and the specter of sovereign default. But at the time, Lenihan -- not unlike a number of other clueless politicians scattered throughout the formerly industrialized world -- was only following the advice being offered by the "experts" who surrounded him. Shockingly, among those "experts" were none other than a team of advisors from Merrill Lynch.

Turns out that a week after the Finance Minister's introduction to basic finance, the Irish government paid Merrill Lynch $10M for a seven-page report that told them:
"All of the Irish banks are profitable and well capitalised.”

No wonder Irish eyes are crying - what was billed as a costless way to avoid a banking panic ended up bankrupting the nation......read on
Posted by Unknown at 8:06 AM No comments:


This week Max Keiser and co-host Stacy Herbert discuss the Maxinator, downgrade rampages and food fights between Sarkozy and Cameron. In the second half of the show, Max and Stacy look at the victims of banking fraud, from the Alabama poor cut off from water supplies to the small ranchers who lost it all when MF Global was run into the ground by former Goldman Sachs banker and ex-New Jersey governor, Jon Corzine.