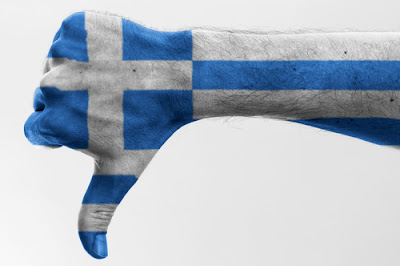 If Greece is going to default, September 20th seems to be as good a day as any. Actually, it is far better than most to be GD-Day.

Two big bonds, the 4.5% of 2037 and the 4.6% of 2040 both have coupon payments due that day, totalling 769 Million Euro.  So if the IMF wanted to avoid letting another billion euro go down the drain, September 20th would be a good day to do it.  The IMF seems to have delayed approving another tranche for now, so Greece must already have the money for this payment?

The Fed Scheduled their meeting for 2 days.  It now starts on September 20th.  Maybe a co-incidence, but what better way to be prepared for new emergency policies?

CDS "rolls" on the 20th.  On the 21st, all Sept 2011 CDS will have expired.  My guess is that banks own more protection than they sold to the September 20th date, so defaulting while those contracts are still valid would be a net benefit to the banking system.  As a whole, triggering CDS will likely benefit banks as I can find banks that say they own protection against positions, but find more hedge funds are uninvolved or have sold protection to fund shorts in other sovereigns.

We just finished the big finance minister meeting.  They can all return home, brief their staff and be prepared for Tuesday.  Prior to D-Day there were lots of last minute preparations to make sure everyone was on the same page and as prepared as possible.  Why not before GD-Day?

Papandreou cancelled a trip to the U.S. And Venizelos mentioned that Papandreou had to be in Athens for "Initiatives".  If you ever wanted some hand holding from your leader, it would be at a time of default.  He would have to be in country to calm things and mention all the deals he put in place last week on the conference call.

None of the headlines from Poland or comments from the IMF seem particularly positive.  I can't even find the customary all is good, we are working together, this was a time of great progress, boiler plate statement having been released.  Maybe they are waiting for Monday to let the world in on all the joyous progress.  I suspect they are more likely to wait on bad news than good news.  They have often tried to control bad news over the weekend.  Maybe they have decided it would be better to deal with it real time. There is still a chance we see some bold new initiative or plan, but as I wrote last week, every step and virtually every comment made, for the past 8 days, is consistent with preparing for a default.
Posted by Unknown at 5:31 PM No comments:

Dutch Socialist Party asks "so where is our country's gold?" 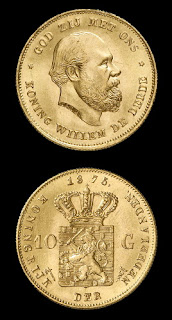 Dutch Socialist Party has asked the Secretary of the Treasury for the whereabouts of the Dutch Central Bank’s gold.

On Friday 16 September, the Dutch Socialists Party (SP)’s spokesman for financial affairs, Mr. Ewout Irrgang, has asked the Dutch Secretary of the Treasury 10 detailed questions about the gold supposedly held by the Dutch Central Bank. Questions vary from: where is the gold? why are gold and gold receivables one line item? how much gold is loaned out? All questions (in Dutch) can be found here and cpied below.

This is potentially a big breakthrough for global awareness on how central banks hide crucial info from the public and the disastrous effects central banks have on society. The society benefits from competitive currencies, chosen voluntarily by the people. Link to the questions
Posted by Unknown at 1:08 PM No comments:

Strauss-Kahn Says Everyone Must Accept Losses on Greece 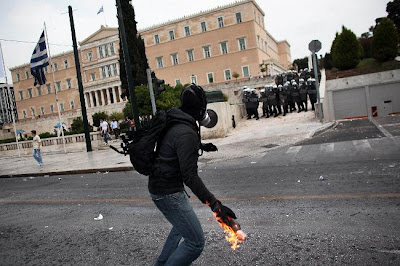 Former International Monetary Fund head Dominique Strauss-Kahn said that forcing Greece to pay back its debts would unacceptably impoverish the country, and that everyone must be willing to accept losses on Greece’s debts.

“They can’t pay,” Strauss-Kahn said in his first interview since charges of assaulting a Manhattan hotel maid were dropped. “The efforts of European leaders have been too little, or too late, or often both too little and too late.”
Posted by Unknown at 9:11 AM No comments: 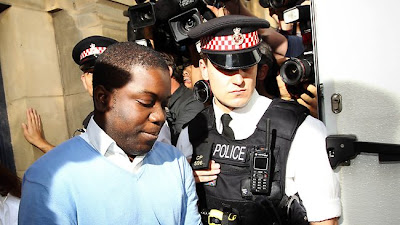 The final tally of losses caused by unwinding Kweku Adoboli's trading activities totalled $2.3bn, compared with the $2bn estimated at the end of last week.

In an official statement, the Swiss bank also disclosed that the losses stemmed from "unauthorized speculative trading in various S&P 500, DAX, and EuroStoxx index futures" over the past three months.

Mr Adoboli, who has been charged with false accounting and fraud, is understood to have taken a simple punt on stock markets rising. However, in the three months that the bet was laid, the DAX – the German stock market index – slumped 26pc and the US index S&P 500 slid 7.7pc. He is thought to have built up trading positions totalling about $10bn....read on


From The Hindustan Times:

‘UBS’s rogue trader loses $2 billion’, say the headlines. The rogue trader has been arrested, UBS has made appropriately contrite noises about risk management and internal controls and the world’s financial press is treating the whole thing like an unfortunate accident. Somewhat like an
air crash—it shouldn’t have happened, shows problems in training and safety systems and so on.

It’s interesting, this rogue trader phenomena. What do you think are the chances of seeing this headline. “Rogue trader makes massive profit but sacked for violating risk management guidelines.”

If the big global banks have traders who are prone to going rogue, then the rogue must be coming good and making money. What happens then? Does the bank sack the rogue and donate the profits to charity?

Or does it quietly pocket the moolah and raise the trading limit given to the profitable rogue? One can only guess.

What do you think are the chances of seeing this headline? “Rogue industry continues to endanger global financial system. No end to making leveraged gambles while being underwritten by governments”.

Remember, this UBS was one of the TBTFs (Too Big To Fail) whose failure was threatening the financial system in 2008. It used $75 billion of aid from the US Federal Reserve at the time.

It’s such a convenience. Do all the risky leveraged trading that you’d like to. When things go bad, blame some rogue and wait for a public rescue. Meanwhile, individual investors must feel that it such a pity that they can’t blame their losses on any rogue except themselves.
Posted by Unknown at 9:09 AM No comments: 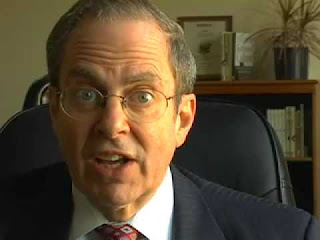 Dr Stephen Leeb discusses the case for $10,000 gold, US Inflation and Silver with Eric King of King World News.......listen here
Posted by Unknown at 8:40 AM No comments: