Posted by Unknown at 4:12 PM No comments:

And the holders of platinum rejoice as they see the prospect of even more South African platinum mine disruptions and closures, pity the red shirts will loose their jobs as capital and investors flee.

One of South Africa's most controversial politicians has launched his own party. Julius Malema's Economic Freedom Fighters is proposing to seize land from white people and nationalise mines. Al Jazeer'as Tania Page reports from the launch in Marikana.

Do you have an Orange Crush?

Oct. 11 (Bloomberg) –- Rahul Kadakia, Head of Jewelry for Christie’s Americas and Switzerland, discusses some of the items he loves for selling right now, including the “Orange Diamond.” He speaks with Pimm Fox on Bloomberg Television's "Taking Stock." 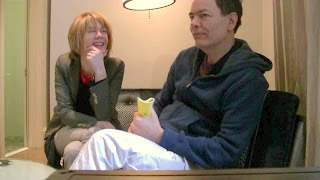 Max Keiser and Stacy Herbert discuss the Royal Mail sell off, bitcoin and how one would 'work the order' if one weren't trying to manipulate the gold price with a huge sell order.