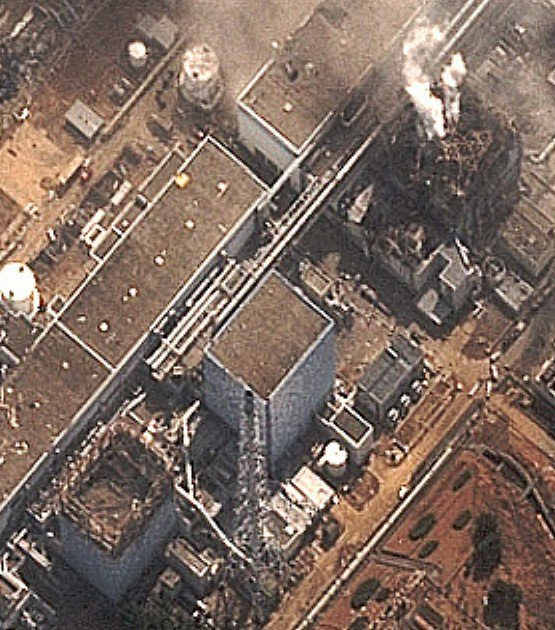 (Reuters) - Panic swept Tokyo on Tuesday after a rise in radioactive levels around an earthquake-hit nuclear power plant north of the city, causing some to leave the capital and others to stock up on food and supplies.

Several embassies advised staff and citizens to leave affected areas, tourists cut short vacations and multinational companies either urged staff to leave or said they were considering plans to move outside Tokyo where low levels of radiation have been detected.

In one sign of the panic, Don Quixote, a multistory, 24-hour general store in Tokyo's Roppongi district, was sold out of radios, torches, candles, fuel cans and sleeping bags on Tuesday as a Reuters reported visited the shop.

Tourists such as Christy Niver, of Egan, Minnesota, said they had had enough and were leaving. Her 10-year-old daughter, Lucy, was more emphatic. "I'm scared. I'm so scared I would rather be in the eye of a tornado," she said. "I want to leave."

The Czech Symphony Orchestra left Tokyo by bus for Ishikawa prefecture on the west coast.

"Some of them wanted to go home after the earthquake but it's pretty much impossible to get tickets for a hundred people now," said Hitomi Sakuma, a friend of the orchestra who was seeing them off at a Tokyo hotel.

U.S. banking giant Citigroup said it was keeping workers in Tokyo informed but there were no evacuation orders, said a spokesman, adding the bank was closely following guidance by the U.S. Embassy, which has not urged nationals to leave.

"If the situation worsens then we will shift our Japan business to centers in Shanghai and Pune,"........read on

Gold and Silver beat all other assets in 2010, Lloyds TSB's Assetwatch survey finds 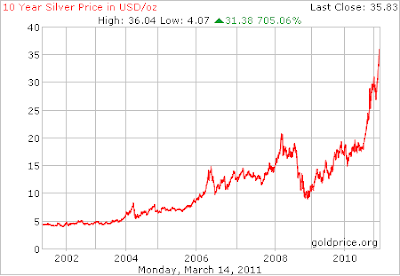 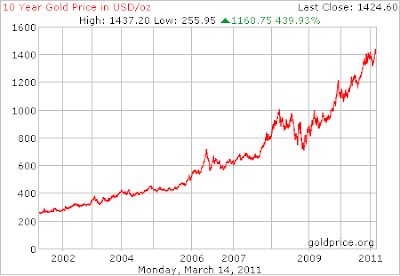 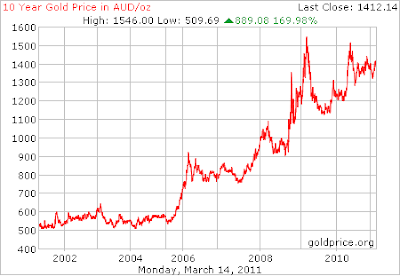 It was the fourth time in the past five years that precious metals have topped the tables for the best asset class, as continuing uncertainty over the prospects for the global economy caused investors to flock to gold, silver and platinum, according to Lloyds TSB's Assetwatch survey.

The report coincided with a new record high in the gold price. The metal reached $1,445.70 an ounce on Monday – a rise attributed by traders to the unrest in the Middle East.

The value of precious metals has surged by 365pc during the past 10 years, Lloyds TSB's survey found, nearly double the increase for the next best performing asset during the same period – residential property, which made a gain of 198pc.

The steep increase in precious metal prices seen during 2010 was driven by silver, with its value jumping by 80pc, significantly outstripping the 29pc rise in the price of gold and the 20pc increase for platinum.

Lloyds said the price of silver had been boosted by pressure on the supply of the metal, as demand remained high from both investors and the industries which use it.....read on
Posted by Unknown at 6:35 PM No comments:

Banks have £1.6 trillion exposure to ailing quartet of Greece, Ireland, Portugal and Spain 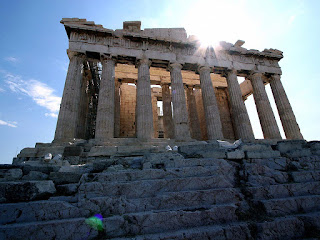 The total exposure of foreign banks to the struggling quartet of Greece, Ireland, Portugal and Spain tops $2.5 trillion (£1.6 trillion) once all forms or risk are included, according to the latest data from the Bank for International Settlements.

On an "ultimate risk" basis that includes the potential loss on derivatives and credit guarantees of different kinds, the figure rises to $2.51trillion as of September 2010, well above the headline figure of $1.76 trillion in cross-border loans. The sheer scale highlights the systemic dangers if the EU fails to stabilize the debt crisis.

Eurozone leaders agreed to boost the lending power of the EU bail-out fund on Friday, but Germany vetoed proposals for a debt buy-back scheme or an activist policy of bond purchases.

The BIS, the central bank of central banks, said in its quarterly report that Germany had $569bn of exposure to the quartet, France $380bn, and the UK $431bn.

A chunk of British exposure is on behalf of Mid-East and Asian clients banking through London. Italy has just $81bn at risk and seems uniquely insulated from the crisis all around it.

The geography of risk varies greatly. British-based banks and subsidiaries have $225bn at stake in Ireland, and $152bn in Spain, but little in Portugal or Greece. France is up to its neck in Greece with $92bn; a Benelux-led group has $180bn in Spain, and Spain itself has exposure of $109bn to Portugal......read on
Posted by Unknown at 6:27 PM No comments: 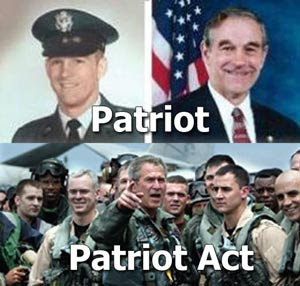 Amid speculation of a third bid for the Presidency, Congressman Ron Paul revealed that growing concerns over U.S. monetary policies would drive him into the race. In a no-holds-barred interview on KSCO AM 1080 with the host of The Costa Report, Rebecca Costa, Paul said, "I think the wave of the future is inflation. It's just beginning - to the point that the dollar will be rejected as the reserve currency of the world. If there's a panic out of the dollar you will see the destruction of the dollar rather quickly. The end stages of a currency comes quickly." He continued, "We've seen this in Zimbabwe, Mexico and Central America. Today there's an illusion and false trust in our money."

According to Paul the reason for rising prices is the U.S. government's own monetary policy, "Inflation comes from the Federal Reserve printing money." He added, "The price of education is high because of inflation, medical care is the same thing - all of this injection of money (from the Federal Reserve) raises prices."

When asked about the relationship between wage inflation and recent limitations on collective bargaining for state workers in Wisconsin, Paul responded, "When wages are artificially high, it distorts things - it's unpopular to lower wages, so we just inflate (them), and the REAL wage goes down. Sure, we don't cut the wage, but it buys so little."

The outspoken Congressman offers a simple antidote to hyperinflation. "Stop printing money." He continues, "I remember in the seventies when we got off the gold standard and immediately had oil embargos. We said the Arabs caused our inflation. They contributed to the chaos, but they didn't cause the inflation. Oil never went back to $5 a barrel once it broke out because the value of the dollar went down. So if anybody is concerned about high prices they need to understand monetary policy."

(CNN) -- Foreign troops arrived Monday in the strategically and financially important Persian Gulf kingdom of Bahrain after a month of citizen protests, the Bahraini government said.

Saudi Arabia, Bahrain's giant neighbor to the west, appears to have provided at least some of the troops, who arrived under the banner of the Gulf Cooperation Council.

In a statement, the government described the troops as "coalition forces" but did not say what countries were represented. Their mission was equally vague: "The GCC Peninsula Shield coalition forces arrived in the Kingdom of Bahrain today following recent events, to help protect the safety of citizens, residents and critical infrastructure," it said.

The Saudi state news agency said its government had responded to Bahrain's request for help in view of the importance of security there. 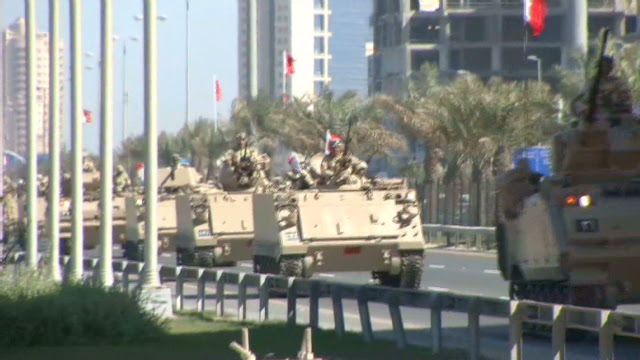 According to the state news agency of the United Arab Emirates, southwest of Bahrain, it too "decided to send a security force to keep the peace in the Kingdom of Bahrain" at that country's request.

Anwar Mohammed Qerqash, the UAE minister for foreign affairs, described the move as part of his country's responsibility within the Gulf Cooperation Council to bring "security and stability to the region."

It was not clear how many foreign security troops had entered Bahrain. Various parts of the Bahraini government referred CNN questions to other government offices on Monday.

A witness said dozens of armored vehicles and buses full of soldiers crossed Monday afternoon from Saudi Arabia into Bahrain afternoon via the causeway linking the two countries.

Keep your eye on the Gorilla 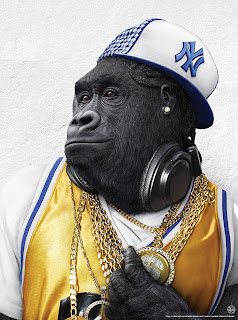 From Sprott Asset Management, by Eric Sprott and Andrew Morris

Gold’s continuous ten-year rise hasn’t sheltered it from controversy. Despite producing consistent returns in virtually all currencies year after year, some market pundits still question its validity as an asset class. It’s true that gold doesn’t pay any interest, and it’s also true that much of the gold produced throughout history still exists in some form today. But these characteristics shouldn’t inhibit it from performing as a monetary asset. Cash, after all, doesn’t pay real interest either, and there is more fiat money in existence today than ever before. So why does gold still receive such harsh criticism?

We believe much of it stems from a widely held misconception that gold is forming a financial bubble. It’s a fairly straightforward view – that gold buyers are merely foolhardy speculators buying on a whim with no rationale other than to sell to the ‘greater fool’ at higher prices in the future. It’s a view that assumes that gold has no intrinsic value and is simply a speculative asset that has captured investors’ imaginations.

We don’t take these views on gold lightly. We’ve seen bubbles before and fully know how they end. We have no interest whatsoever in participating in some sort of speculative frenzy – that’s a recipe for disaster in the investment business. Thankfully, however, our gold investments present no such risk. As our analysis has revealed, gold is actually a surprisingly under-owned asset class – and one that has generated far more attention in the media than it probably deserves. While its exemplary performance since 2000 is certainly worthy of discussion, gold simply hasn’t commanded enough investment to warrant the bubble fears it seems to have aroused among market pundits and business commentators. The truth about gold is that most people simply don’t own it…yet........read on
Posted by Unknown at 7:16 AM No comments: