On the Edge - Will China's economy collapse?

In this edition of the show Max interviews Dan Collins from TheChinaMoneyReport.com. He talks about the Chinese economy and reasons why china's economy will not implode anytime soon. Dan Collins is the founder & editor of The China Money Report website. He has 15 years experience as a private investor in Mainland China. He currently advises some of the world's largest hedge funds on China related companies.

In this episode, Max Keiser and co-host, Stacy Herbert, discuss getting Zhou Tonged and Jamie Dimon-ed in financial markets. They also discuss bucket shop derivatives, a debit card repo scam and a compound of morons and regulatory flatulence. In the second half of the show Max talks to Michel Bauwens of the P2P Foundation about bitcoin in the virtual world and about pseudo abundance and artificial scarcity in the real world. 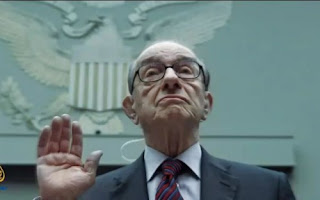 Published in Ayn Rand's "Objectivist" newsletter in 1966, and reprinted in her book, Capitalism: The Unknown Ideal, in 1967.

Money is the common denominator of all economic transactions. It is that commodity which serves as a medium of exchange, is universally acceptable to all participants in an exchange economy as payment for their goods or services, and can, therefore, be used as a standard of market value and as a store of value, i.e., as a means of saving.

The existence of such a commodity is a precondition of a division of labor economy. If men did not have some commodity of objective value which was generally acceptable as money, they would have to resort to primitive barter or be forced to live on self-sufficient farms and forgo the inestimable advantages of specialization. If men had no means to store value, i.e., to save, neither long-range planning nor exchange would be possible.

What medium of exchange will be acceptable to all participants in an economy is not determined arbitrarily. First, the medium of exchange should be durable. In a primitive society of meager wealth, wheat might be sufficiently durable to serve as a medium, since all exchanges would occur only during and immediately after the harvest, leaving no value-surplus to store. But where store-of-value considerations are important, as they are in richer, more civilized societies, the medium of exchange must be a durable commodity, usually a metal. A metal is generally chosen because it is homogeneous and divisible: every unit is the same as every other and it can be blended or formed in any quantity.
Precious jewels, for example, are neither homogeneous nor divisible. More important, the commodity chosen as a medium must be a luxury. Human desires for luxuries are unlimited and, therefore, luxury goods are always in demand and will always be acceptable. Wheat is a luxury in underfed civilizations, but not in a prosperous society. Cigarettes ordinarily would not serve as money, but they did in post-World War II Europe where they were considered a luxury. The term "luxury good" implies scarcity and high unit value. Having a high unit value, such a good is easily portable; for instance, an ounce of gold is worth a half-ton of pig iron. 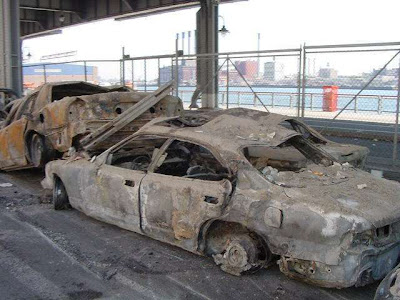 Fascinating and detailed research by Dr. Judy Wood on a topic that dare not mention its name.

Judy D. Wood is a former professor of mechanical engineering with research interests in experimental stress analysis, structural mechanics, optical methods, deformation analysis, and the materials characterization of biomaterials and composite materials. She is a member of the Society for Experimental Mechanics (SEM), co-founded SEM’s Biological Systems and Materials Division, and has served on the SEM Composite Materials Technical Division.

Alex Jones - Taking Over Our Lives in The Name of Safety

Posted by Unknown at 2:41 AM No comments:

Posted by Unknown at 1:11 AM No comments: