I miss the freedom we used to have in Australia.....

In this episode, Max Keiser and co-host, Stacy Herbert, discuss Irish stoicism and social ostracism, boycotts and ponzis and the banking practices of Chuckie. In the second half of the show Max talks to independent journalist, Lars Schall, about his recently published investigation into insider trading around the 9-11 terrorist attack as well as his pursuit of Germany's elusive gold reserves.

Is Uncle Ben your Hero? 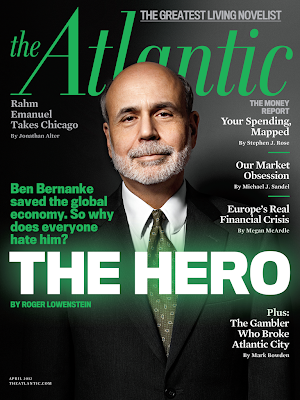 Who would you prefer as your Hero?

Silver Money found after 1,700 years, and it is still valuable!


More than 30,000 silver coins have reportedly been unearthed during an archaeological dig in Bath.

One of the largest hoards of Roman coins discovered in Britain has been discovered by archaeologists working at the site of a new city-centre hotel.

The hoard, believed to date from the third-century, was found around 450 feet from the historic Roman Baths.

Experts believe the "treasure trove" is the fifth largest hoard ever discovered in Britain and the largest from a Roman settlement, the Telegraph reported.

The coins, which have been sent to the British Museum for further analysis, are fused together in a huge block.This has made identification and counting difficult and conservators at central London Museum expect that the task of analysing the coins would take around 12 months.
Posted by Unknown at 10:33 PM No comments:

The Gold Standard Vs. A Competitive Monetary System

James Turk and Alasdair Macleod discuss the pros and cons of the gold standard, the benefits of competition between different currencies and the historical role of gold in international monetary systems.

Link to James Turk's essay on Money and Warren Buffet
Posted by Unknown at 9:42 PM No comments:

So India is planning to build another 175 Coal fired power stations, in addition to those they already have. Australia's response is to tax our 40 or so coal fired power stations and other heavy industry, which of course the people will end up paying. I am so disgusted with our tax thieving, want to be communists we have in power in this country, not that the other side is any better, they all think taxes are good. Taxes are evil period. More people in more places have risen up over taxes than for any other reason.

On 101 East, filmmaker Orlando de Guzman takes a dark journey through the coal belt of Jharkhand and West Bengal, to look at the winners and losers of this booming industry.