Fiscal policy, and the end of gold's correction - Murenbeeld 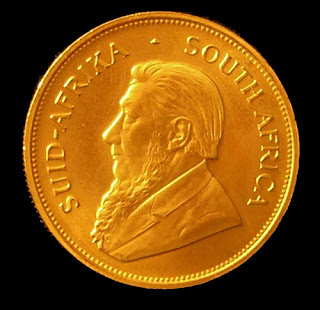 Dundee Wealth Economics cheif economist, Martin Murenbeeld, takes a look at the possibility of a bank collapse in Europe, fiscal policy going forward and why a return to a gold standard is unlikely........listen here 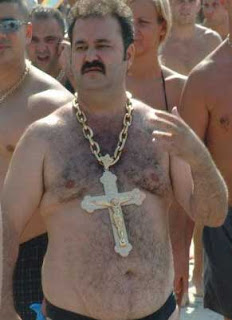 (Reuters) - Europe's most indebted nations are under heavy pressure from their richer neighbours to sort out their finances, but they are unlikely to mimic the impoverished gentlefolk of old by selling off the family silver -- or in their case, gold -- to do so.

More than 750 tonnes of gold are currently sitting in the state coffers of Portugal, Greece and Spain alone, equal to about 17 percent of the 2010 annual supply of bullion from mining and sales of scrap.

Despite struggling with massive debt burdens and in some cases accepting multi-billion-euro bailout packages, the so-called PIIGS -- the countries above, plus Ireland and Italy -- have not dipped into their gold reserves to service that debt.

At a time when gold prices have rallied to record highs near $2,000 an ounce, this has raised eyebrows elsewhere in Europe.

And back in May, German politician Frank Schaeffler told Bild newspaper that Portugal should sell its assets. "Before risking other people's money, Portugal should first sell its family jewels, especially its gold reserves," he said.

But these demands ignore the fact that this gold is not the property of the PIIGS' governments to sell.

"Foreign exchange reserves are held and managed by central banks, not by governments," said Natalie Dempster, director of government affairs at the World Gold Council. "Forex reserves are set aside for specific purposes - defence of currency, payment of external debt obligations and payment of imports."

"In the past you could have had incidences where governments might try to overstimulate their economies by running exceptionally loose monetary policy before an election," she said. "That is a reason why it is critical, in an advanced economy, that central banks are independent."

Two years ago the Italian government's proposal to tax the unrealised gains on its gold reserves was promptly slapped down by the European Central Bank, which issued a legal opinion to block the plan in July 2009.

The ECB said the move could violate a ban on using central bank resources to finance the public sector, risked breaching the Bank of Italy's independence and threatened to weaken the country's finances.

And while gold prices are at record highs, the gold market is still dwarfed by the size of Europe's debts.

Between them Portugal, Ireland, Italy, Greece and Spain hold some 3,233 tonnes of gold, worth some 132 billion euros (117 billion pounds). Their combined outstanding public debt, according to estimates from the IMF, is around 3,289 billion euros.......read on

Peter Schiff - 'QE2 is the reason for recession'


On Friday new numbers are going reveal what is occurring in the employment sector, but many economists say the outlook is grim. The unemployment still lingers at around nine percent and Congress has fallen short of creating jobs for many Americans. The Federal Reserve is believed to step in again with more quantitative easing, but is this really the solution to the US' economic problems? Peter Schiff, president at Euro Pacific Capital, will help answer some questions.

No new jobs in the US

For the first time since 1945 no new jobs have been created in the US. The unemployment rate remains at 9.1%, and while President Obama is set to announce his jobs creation plan next week, many Americans wonder how the US will get out of its unemployment slump. Stephen Denning, former program director of the World Bank, tells us what is needed to get more American jobs.

CNBC's Steve Liesman with a look at the sagging U.S. dollar and putting the nation back on the gold standard, with James Grant, Grant's Interest Rate Observer.

Zero job growth in US for August

Clarke and Dawe - It's All Going Beautifully in Australia

Posted by Unknown at 8:08 AM No comments: