The Wild Ride for Silver 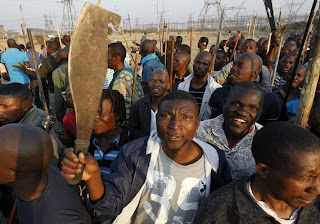 South Africa's mining industry can ill afford to offer wage rises during talks that are about to start with a new and unpredictable union, so it may well face fresh strikes, Impala Platinum said on Friday.

South African mining companies are due to embark on one of their toughest periods of wage talks in the next one or two weeks, with increasingly radicalised unions.

The world's biggest platinum producing country is hoping to avoid the 2012 wildcat strike action that cost billions in lost revenue and production.

Andy Hoffman and Sean on Media and Markets