East coast USA in shutdown ahead of Sandy

Italy collapses into a Barter Economy

If only the Italians had held their saving in gold and silver (like they did when they had the financial and trading capitals of the world) then they would not have to resort to such desperate actions.

Both US Candidates Misleading on Iran and Afghanistan

Gareth Porter: Obama and Romney debate a false narrative about US foreign policy.

To all my US readers stay safe and reduce risks were possible.

These are the same people that would have voted for Hitler

I am starting to think Luke Rudkowski is one of the few intelligent Americans who have not fled the USA. This video is very disturbing for anyone that is a student of modern history. If the names were not Obama and Romney but Hitler and Churchill and this was 1933 not 2012 would the resultant interviews be any different?

Would Germans have said of Hitler:

He is a patriot, believes in a strong moral code and the family. He is clean living, he does not even drink or smoke. He is kind to animals to the point of being a vegetarian. He is respectful of women. He makes me proud to be German again when I hear him speak on the radio. He is a war hero.

Would Germans have said of Churchill:

He is a toff, not of the people. He is regularly drunk and always seen with a filthy cigar in his hand. I heard that he conducts important government briefings whilst naked in his bathtub. His war record amounts to sending Australian an NZ troops to their death on the beaches of Gallipoli for no apparent gain. He is a misogynist and war monger.

The sad fact of history both Hitler and Churchill turned out to be evil bastards. Hitler with war and forced labour camps. Churchill for initiating bombing of civilian targets over industrial and military targets and for the destruction of Dresden and the slaughter of its people for no other reason than revenge and power politics with Stalin.

Unfortunately I think history will judge this chapter of US history as being filled with evil bastards whomever wins the election. 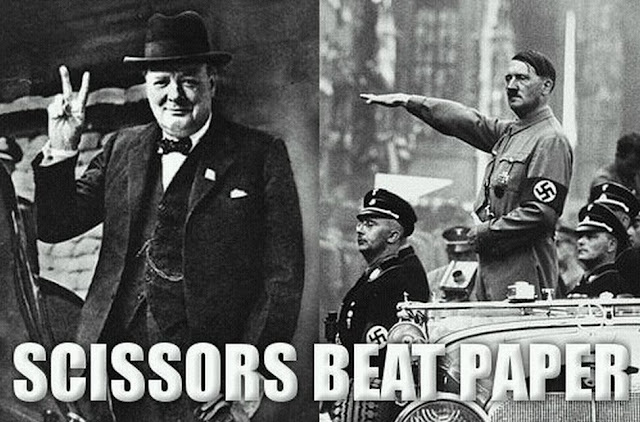