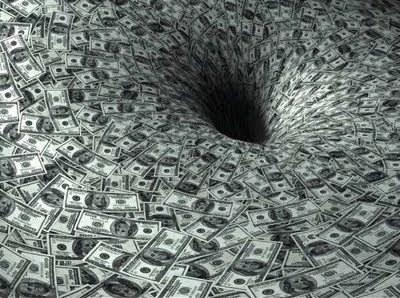 ABC Bullion Blog exclusive:
I TOLD YOU SO !!

In February 2010, I wrote an article titled “How you can buy a real Dollar for 50 cents”. The opening words were as follows:

“A one dollar paper note is the lowest value note in U.S. currency and weighs one gram. On the other hand, silver is trading at around $15.60 per oz which equates to 50c per gram. So the question is “which do you buy, silver at 50c per gram or paper at $1 per gram?”

At the time of writing this article, silver has hit $28.50 per oz or 91c per gram and still seems to have the desire to run further. Should it hit $31.10 per oz, silver will have hit parity with the paper dollar on a weight basis.

The question though, still remains the same as the one I asked in February, “Would you prefer to buy a gram of paper for $1 or a gram of silver for the same price?” What we are now witnessing is something akin to Gresham’s Law which states that: "Bad money drives out good if their exchange rate is set by law.” As Wikipedia states: “The artificially overvalued money tends to drive an artificially undervalued money out of circulation.”

People are now realising the truth about the economy, unfunded liabilities, quantitative easing, sovereign debt crises, currency wars and manipulated markets. Therefore the few that recognize the overvalued nature of their dollar holdings are desperately trying to gather real wealth in the form of silver and gold before they go parabolic. The rush of dollars towards gold and silver is greater than the rush of precious metals supply, hence the upward movement.

If in doubt, one only has to witness the ever increasing portion of Chinese paper dollar trade surpluses being directed towards asset and commodity acquisitions rather than US Treasury purchases.

Central to all this turmoil, is the continuing confusion of most people and investment advisers between price and value, propaganda and history, currencies and money. The former are nothing more than second rate impostors of the latter and in good time they are exposed for what they are: fraudulent attempts to rob the people of their savings.

Gold and silver do not suffer from these confusing contradictions despite systemic and systematic manipulation, despite never been given any stimulus checks or TARP assistance and in spite of having been constantly bagged by the “establishment media”.

Common sense dictates that silver and gold should continue to rise against the tide of toxic financial abortions that infest the corridors of the Fed and bank balance sheets. However wisdom and experience should also tell us that the fight still lies ahead because psychopaths armed with printing presses, and who also have the support of armies and subservient judiciaries, are capable of ensuring that “markets can remain irrational longer than you can remain solvent.”

The attacks on gold and silver will soon follow as they have done on previous occasions. The weak will be rattled into dropping their gold and silver only to have them scooped up by stronger hands.

In the longer term humanity eventually finds its way back to some semblance of normality. The path however is littered with the corpses and empty wallets of those who trusted governments to be their defenders and protectors.

Who will you trust?

Gold and Silver prices up on the back of global uncertainty 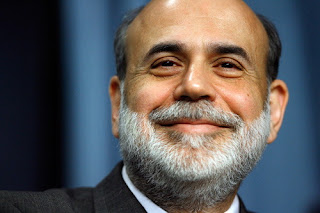 Comex December futures hit a new record high of $1424 towards the end of trading on the NYMEX, but just as the NYMEX was about to close short term traders decided to take some money of the table. This move has continued and accelerated into the NY Globex trading session on the back of the FOREX markets bidding up the US$. Currently gold has retraced its gains back to $1391.

It appears the Fed's QEII announcement last week has had the affect of tossing a rock into the small pool of the precious metals markets and the ripples from the initial splash are going to be felt for some time to come. But given time the market will adjust to the new normal of increasing US$ debasement and set the prices of hard money and PGMs accordingly.

Uncle Ben can smile for now, but there will be a day of reckoning. Currency debasement never ends well. That is why the US founding fathers made it a Capital crime, very appropriate as it is a crime against capital.
Posted by Unknown at 7:58 AM No comments: