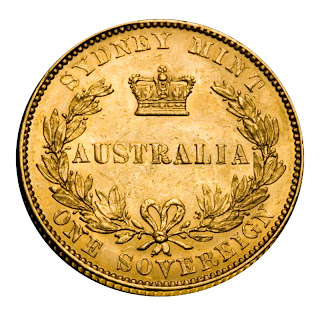 Words of wisdom from Jim Willie

1) Negative real rate of interest. With official interest rates stuck under 1% by all major central banks, the actual interest rate after subtracting price inflation is deeply negative. This factor has been and will continue to serve as the most important among many factors. It is the gigantic blind spot among gold critics. The long-term USTreasurys offer a mere 2% or 3% at most, far below the prevailing price inflation in the real world. Effective returns are thus negative. Investment in Gold as a hedge against the absent compensation for the erosion of money, it just makes sense.

2) Bond monetization. With unlimited bond purchases from QE1, then QE2, then Operation Twist, now QE3, and on and on until QE175, the debasement of currency is entrenched, absolute, and shocking. The movement is joined by the Euro Central Bank, the Bank of England, the Swiss National Bank, and the Bank of Japan. The debasement of money is powerful and without abatement. Investment in Gold as a hedge against the reckless production of bond supply, it just makes sense.

3) Unsterilized bond purchases. The QE3 admission of associated bond sales was a story not adequately told. In fact, it was a story told by omission. In the past, especially with the deceptive Operation Twist, the bond purchases were often made with funds derived from other bond sales. Like sell short-term USTBills in order to have funds to buy long-term USTBonds. The QE3 details indicate that Weimar Amerika has arrived, with extraordinary bond purchases using printed money. The debasement of money has turned nuclear. Investment in Gold as a hedge against the unchecked debasement of money, it just makes sense.

4) Permanence of QE. In the summer months of 2009, the Jackass was vocal and adamant, claiming that the Exit Strategy was a ruse, an impossible door to depart from the drastic desperate duplicitous central bank monetary policy. My stated forecast was that the ZIRP would remain and become permanent, and that QE would come in force. The buyers of USTBonds are long gone, except for other central banks playing the Competing Currency War games. The USFed under Bernanke announced last month that ZIRP would be extended until the end of year 2015. This is an admission that it is permanent. Every three to four months, they assure another year of permanence. The debasement of money has become a permanent fixture in a broken buggy. Investment in Gold as a hedge against the permanent debasement of money, it just makes sense.
Posted by Unknown at 3:33 PM No comments:

I have also heard that a vault containing US Silver Eagles was flooded, but a wet silver bullion coin is just as valuable as a dry coin, alas wet paper returns to its raw state of wood pulp.

Trillions of dollars worth of stock certificates and other paper securities that were stored in a vault in lower Manhattan may have suffered water damage from Superstorm Sandy.

The Depository Trust & Clearing Corp., an industry-run clearing house for Wall Street, said the contents of its vault "are likely damaged," after its building at 55 Water Street "sustained significant water damage" from the storm that battered New York City's financial district earlier this week.

The vault contains certificates registered to Cede & Co., a subsidiary of DTCC, as well as "custody certificates" in sealed envelopes that belong to clients.

The DTCC provides "custody and asset servicing" for more than 3.6 million securities worth an estimated $36.5 trillion, according to its website.

Read more
Posted by Unknown at 9:31 AM No comments: