Weekend Chillout - From Russia With Love

Given that no doubt a few project managers from the Russian Mafia and the FSB are on their way to Cyprus as we speak to discuss the finer details of the bailout plan, and why their internet banking has seemed to have stopped working I thought the following classic to be appropriate.

What the 50% of deposits in Cyprus owned by Russians are boring? Are Russians with large amounts of cash are not scary?


They better hope Dmitri had no savings in a Cyprus bank 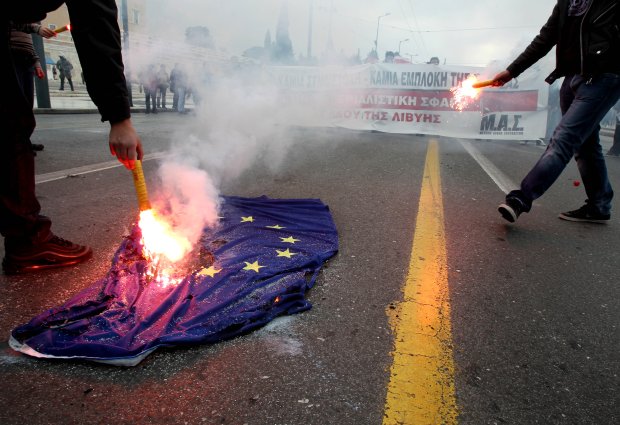 Why would any rational thinking Spanish person keep any money in Spanish banks? They shouldn't and I suspect they won't.

Moreover, this is bound to further inflame the situation in Italy, where Beppe Grillo's Five Star Movement is already the largest party.

In short, this action was one of the single stupidest things the EU could have done and they crammed it down the throats of all Cyprus citizens, hoping to stop the spread of contagion.

My friend Bernd who lives in Germany had these comments. "Judging by the German forums on Focus, Der Spiegel, SZ, FAZ and Die Zeit, there is hardly any support for this action. The name calling and swearing is rather blunt. These guys did not study their Machiavelli. He said roughly if you hurt people, you must never hurt all of them at once."

The closest Machiavelli quote I can find is "If you need to injure someone, do it in such a way that you do not have to fear their vengeance."

Rest assured there is going to be vengeance over this action. The Cyprus government will fall, and deposit fear will spread everywhere.

The Lucky Country comes at a Price

In a shock move, well a shock for those fools that "save" in fiat currency anyway, Greek Cypriots have been just informed that up to 10% of their savings in bank accounts will be stolen to secure a €10 Billion bailout fund to recapitalise its ailing banking system.

The deal was reached during a meeting of European finance ministers,  also attending was the IMF's Chief, Christine Lagarde. She was quoted as saying " “I welcome the agreement reached today to address Cyprus’ economic challenges. The IMF has always said that we would support a solution that is sustainable, that is fully financed, and that appropriately allocates the burden sharing.”

This theft will come into force on Tuesday local time after a "bank holiday" (the most evil combination of two words in the English language) on Monday. The Greek Cypriot government has ordered banks to kill Internet / phone banking and shut ATMs over the weekend and Monday to stop savers from transferring or withdrawing their currency to prevent said savers from defending themselves.

In this episode of the Keiser Report, Max Keiser and Stacy Herbert ask why China fears currency war. They also look at Johnson & Johnson's big loss on Venezuela's currency devaluation and what this means in a currency war world where major devaluations can happen at any moment.

In the second half of the show, Max Keiser talks to Jim Rickards, author of Currency Wars, about which nations are winning the war.

Posted by Unknown at 5:23 AM No comments: