As real persons exit the market all that is left is the machines trading between each other.

Soros and Paulson 'Stack the Smack' 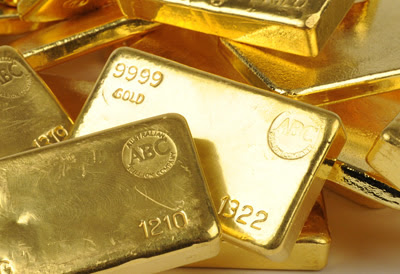 Soros Fund Management more than doubled its investment in the SPDR Gold Trust to 884,400 shares as of June 30, compared with three months earlier, a U.S. Securities and Exchange Commission filing for second-quarter holdings showed yesterday. Paulson & Co. increased its holdings by 26 percent to 21.8 million shares.

Gold slumped 4 percent in the second quarter, the biggest such loss since Sept. 30, 2008. Prices fell as European Central Bank President Mario Draghi and Federal Reserve Chairman Ben S. Bernanke failed to increase stimulus measures, damping the outlook for global growth and demand for the metal as a hedge against inflation. The price is little changed since end-June.

Looks like Standard Chartered have come to an agreement on the amount of shakedown money required for the new regulator on the block to go away.

On the Tuesday, August 14 edition of the Alex Jones Show, Alex talks with political commentator, activist, proponent of the Austrian School of economics, and chairman and CEO of the Ludwig von Mises Institute, Lew Rockwell.

** A must watch, one of Brother JohnF's best reports **

Posted by Unknown at 1:36 PM No comments:

There have been more clashes in Bahrain, as a crucial court ruling looms for prominent human rights activist, Nabil Rajab, whose prosecution is hardening the country's opposition. Most of the violence flared in the country's biggest city - Aali where tear gas and rubber bullets were used to disperse the crowds. For more, RT talks to geopolitical analyst Patrick Henningsen who works for the current affairs 'UK Column' web site.

Ecuador's president said that he will decide by Wednesday whether to grant political asylum to WikiLeaks founder Julian Assange. Assange took refuge at the Ecuadorean embassy in London two months ago in an attempt to avoid extradition to Sweden where he wanted for questioning over alleged sexual misconduct. Assange and his lawyers are convinced that an extradition to Sweden would allow the US to launch its own extradition bid over WikiLeaks publication of thousands of secret US diplomatic cables two years ago. Al Jazeera's Paul Brennan reports from London.

Olympic Hangover: UK in race to save economy

Britain's military chief planner for the Olympics claims it'll take two years for the operation of the armed forces to return to full strength. That's after 18,000 troops had to be diverted to the Olympics to plug a security gap. The government had to draft in soldiers at the last minute, after the private firm charged with the job failed to get enough security staff ready. On top of that, the authorities demanded that ground-based air defense systems be deployed in and around London during the Games to repel terror attacks. Now that the sports fever is over, Britain's got a lot on its hands, as Laura Smith reports.

A US newspaper has revealed that the FBI has been raiding the houses of anti-Wall Street protesters in Oregon and Washington in what the agency describes an "ongoing violent crime investigation." 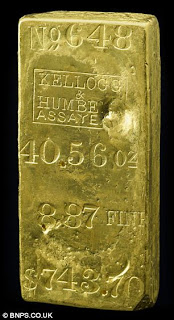 A gold bar recovered from a ship that sank during the Californian Gold Rush is up for auction - with an estimate set at 211 times it's original value.

At the time, the cargo was worth $2million and its loss during a hurricane contributed to the ‘Panic of 1857’ - the world’s first world-wide economic crisis.

In 1987 much of the hoard was recovered from the seabed after the so-called ‘Ship of Gold’ was discovered in the Atlantic.

The epic discovery sparked a nine year legal battle after a host of insurance companies that paid out for the loss 155 years ago claimed ownership.

But it was ruled that 92 per cent of the bullion should be awarded to the discovery team, led by Tommy Thompson, whose company Columbus-America Discovery Group found the ship.

Now this Kellog and Humbert ingot from the ship is to be sold at auction.

Stamped on its base is the bar’s original value of $743.70 along with ‘Kellog and Humbert’. The reverse is a plain casting save for the serial number 648 repeated at the top.

Paul Song, director of the rare coins department at auctioneers Bonhams, said: 'This is a highly impressive example that sports gleaming yellow-gold colour and few imperfections as made.

'It is a piece rich with historical appeal that is an indelible link to the great Californian Gold Rush.

For more info on this breaking story see this newspaper article

At least nine people have been killed at a mine there since Friday in clashes between rival unions. Two of the dead are police officers. They were hacked to death with machetes. Al Jazeera's Tania Page explains more from Rustenburg.