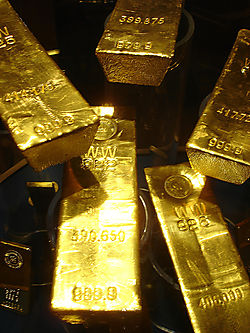 Germany’s top financial regulator said possible manipulation of currency rates and prices for precious metals is worse than the Libor-rigging scandal, which has already led to fines of about $6 billion.

The allegations about the currency and precious metals markets are “particularly serious, because such reference values are based -- unlike Libor and Euribor -- typically on transactions in liquid markets and not on estimates of the banks,” Elke Koenig, the president of Bafin, said in a speech in Frankfurt yesterday.

Read more
Posted by Unknown at 4:50 PM No comments:

In this episode of the Keiser Report, Max Keiser and Stacy Herbert discuss the pimps from the Pacific Northwest of America who claim to have no idea just how dangerous their products are to innocent bystanders - like the backdoors in Skype which are dangerous weapons against Constitutional rights or the holes in the internet which leave it vulnerable to malware that turns users into bitcoin slaves. In the second half, Max interviews Arjen Kamphuis about tinfoil as the new black and intelligence agency click fraud as the new payment system for co-operation with corporate and industrial espionage.