The Silver Series: The History of Silver 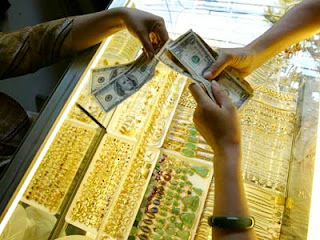 In a typical Communist Party ruling the Government of Vietnam is going to try and ban use of gold in commerical transactions and for use to denominate bank deposits. The Commies are saying our Dongs are as good as gold and the people respond by saving in physical gold.

Vietnam ruled out any immediate gold import as the country decided to stop using gold for commercial transactions.

Vietnam's central bank the State Bank of Vietnam said it has no plan to import gold any time soon since the metal is neither an essential item nor benefits the economy.

SBV Deputy Governor Le Minh Hung said the government had decided not to stabilise gold prices or spend foreign exchange to import it also to discourage the practice of investing in gold.

Hung said the Government's new policy was to treat gold similar to foreign currency. He said the SBV decided to ban gold deposits because it was a very high-risk business.

The central bank issued a Circular ordering banks to stop accepting gold deposits and return all the gold to depositors by November 25. But it later deferred the date to June 30, 2013.

Read in full
Posted by Unknown at 12:09 PM No comments:

Dennis Gartman on the Fed and Gold

Ned Naylor-Leyland: Gold Reserves at the BOE or NY Fed?