Max and Stacy are back in London. In this week's radio show they discuss the Cyprus banking crisis, bitcoin and the financial news of the week. Listen or download here
Posted by Unknown at 8:18 PM No comments: 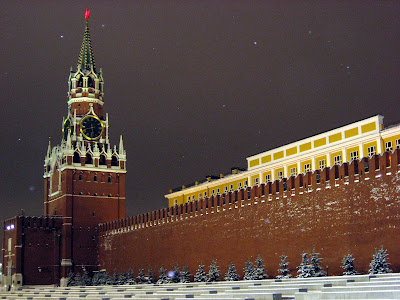 Fears are growing of Russian reprisals against European businesses as EU authorities desperately seek a deal to save the Cypriot economy by imposing a 25% levy on bank deposits of more than €100,000.

As the island scrambled to put together a rescue programme, its finance minister, Michalis Sarris, said "significant progress" had been made on the latest levy plan in talks with officials from the European Union, the European Central Bank and the International Monetary Fund.

The government in Nicosia faces a deadline of Monday to reach an agreement or the European Central Bank says it will cut off emergency cash to the island, spelling the likely financial collapse of its banking system and a potential exit from the European single currency.

However, with Russian investors having an estimated €30bn (£26bn) deposited in banks on the island, the growing optimism about a deal was accompanied by fears of retaliation from Moscow. Alexander Nekrassov, a former Kremlin adviser, said: "If it is the case that there will be a 25% levy on deposits greater than €100,000 then some Russians will suffer very badly.

"Then, of course, Moscow will be looking for ways to punish the EU. There are a number of large German companies operating in Russia. You could possibly look at freezing assets or taxing assets. The Kremlin is adopting a wait and see policy."

Read more
Posted by Unknown at 7:36 PM No comments:

How to sell the concept of physical Gold, Silver and Platinum

I often have clients tell me that they have talked to their - husband, parents, friends, etc about investing in precious metals and they get met with either derision or at best a blank 'deer in the headlights' sort of look. You know that look when clients ask me "Is that new or old silver?" and I respond "Unfortunately it is all old silver, actually all the silver we sell is approx the same age, about 5 Billion years old. I have tried to source some new silver, but I yet to find a supplier."

So to help those trying enlighten people who you care about about precious metals I have written this little cheat sheet (keep it to yourself and they will think you are a genius or possibly just odd).

Physical Gold (there is 'paper gold' but that point is best left for another time) is precious because it is extremely rare and takes huge amounts of human ingenuity to find it and energy to mine and refine it. Did you know even the most efficient mining companies in the world burn over 100 litres of diesel to dig up and crush the rock that gold is found in for every troy ounce of gold they produce (1 troy ounce = 31.1g).

Gold has been used as money in various forms for over 5,000 years and thoughout all that time it has always been valued. That is someone, somewhere 24x7 for the last 5,000 years (44 mil hours) has been willing to exchange gold for something else of value. Whether that was for bread in ancient Egypt or a very nice toga in ancient Rome or a toff's suit from Savile Row (well until 1931 when the bankers removed the gold sovereigns, but I digress).

Like gold, physical silver is very rare and expensive / difficult to mine.

Silver has been used as money in various forms for 6,000 years, and was only removed from coinage in the mid 1960's worldwide as it had become so rare that is was no longer feasible to be used as low value coinage (in the words of US President Lyndon Johnston). Like gold, someone, somewhere 24x7 for the last 6,000 years (52 mil hours) has been willing to exchange silver for something else of value.

Currently the price ratio of gold to silver is approx. 55:1 - this means that silver is 55 times cheaper than gold. Although for long periods in the past and during the all time silver high in 1980 the ratio had been 16:1. Silver is found in the earth at a ratio of 18:1 but seeing that people have desired silver for over 6,000 years most of the easy to mine silver has already been extracted. Over at least the last 10 years the amount of silver mined in the world compared to gold is 9:1 - that is for every ounce of gold mined there are only 9 ounces of silver mined (I paid a 3rd year geoscience student at one of the world's greatest Earth Science universities a vast amount of coffee to delve into the subscription only geoscience databases to find that data for me - he later used it in a research paper).

But here is where it gets interesting, approx 60% of the silver mined goes straight into industrial applications, where very little of the silver is ever recovered, often secured by long term supply contracts. Whereas only 20% gold goes into industrial applications of which most is recovered. So if we reduce that 9:1 mine ratio mentioned above by 60% due to silver being consumed we reach a supply ratio for investment demand of about 4:1 (actually a little less but I rounded up).

So silver supply for investment is only 4 times more than that of gold, yet today's price is 55 times cheaper. Hmm.

Like gold, platinum is rare, actually even rarer than gold. But unlike gold and silver where there are concentrated deposits (mines) in every continent on Earth (not sure about Antarctica, no doubt we will find out one day) 90% of accessible platinum is found in Southern Africa (the rest being mostly in Russia). Notably the countries of South Africa and Zimbabwe. Now do I have to remind you that Zimbabwe is a dictatorship and recently stole back mining leases from Platinum firms who where not operating (ie waiting for the price to rise to a point where it would be profitable to mine). South Africa accounts for 80% of the world's accessible platinum, and then it is only accessible due to the fact the mines treat their workers as near slaves with low wages, hot and dangerous working conditions and a poor living environment. Something that the ostensibly communist one party state of South Africa is trying to address. Recently wages went up, which is good, but also a result three platinum mine shafts closed do to the higher wages making them unprofitable.

So as you can see the supply of Platinum is very dependent on the whims of poorly run governments and on the back of slaves (who would rather not be). Gee I wonder if there will be further supply disruptions and price spikes in the future?

I have no crystal ball, Gold, Silver and Platinum prices move with the vagaries of their supply and demand and the influence of those that participate in these markets.

An excellent discussion on the nature of currencies and the banking systems. David Malone is a BBC documentary maker and Reuters journalist.

Jim Rickards on Texas to Vault its own Gold

Posted by Unknown at 8:01 AM No comments: