Europe's ongoing struggle to save the Euro has been dealt another blow as Portugal has had its debt downgraded to junk status. Moody's, the credit rating agency behind the move, says a default is likely unless the country is given another bailout. Many analysts have questioned the logic of saddling struggling economies with more debt as speculation grows over whether the EU is ready to come to Portugal's rescue again. And the direction the EU and the IMF are taking in solving this crisis may well lead to severe consequences - that's according to Douglas Carswell, an MP from the British Conservative Party.

June 30 (Bloomberg) -- Frank Terranova, chief executive officer of Allied Gold Ltd., talks about the outlook for the price of gold. He speaks with Francine Lacqua on Bloomberg Television’s “On the Move.” 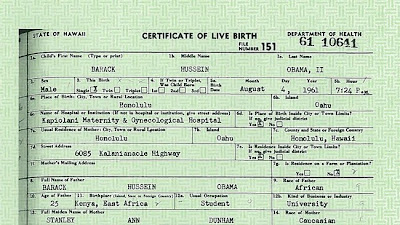 The signature of President Obama's mother on the White House-released long-form birth certificate provides a mathematically certain proof of forgery, according to a prominent software engineer who works as a high-level programmer for a state government. 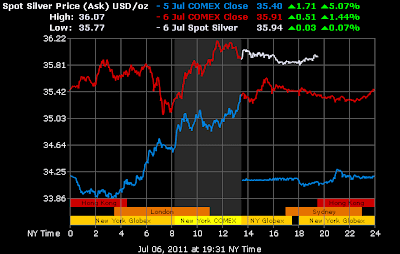 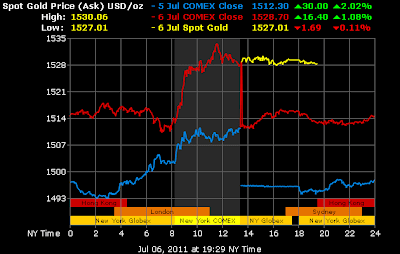 Portugal’s downgrade to junk status and wrangling over the role of investors in a new Greek bailout package fueled concern about the solvency of the region’s high- debt nations, sending their bonds tumbling.

“It’s a reminder that the sovereign debt crisis does not end with Greece and that risks remain with other nations in addition to Greece,” said Gary Pollack, who helps oversee $12 billion as head of fixed-income trading at Deutsche Bank AG’s Private Wealth Management unit in New York.......read on

Ireland’s credit rating may be cut to junk by Moody’s Investors Service after Portugal yesterday lost its investment grade rating, according to analysts.

Moody, which slashed Portugal to Ba2 from Baa1, in April lowered Ireland’s credit rating to the lowest investment grade Baa3 and left country’s outlook on negative.

The ratings company cut Portugal’s rating in part because the nation may not be able to return to debt markets in the second half of 2013. Ireland has been locked out of markets since September, and the yield on 10-year Irish bonds climbed to 12.44 percent today, a euro-area record for the country that agreed to a rescue package with the European Union and International Monetary Fund last November.

“If not re-entering the public funding markets has significance for a sovereign’s rating, then clearly if our view proves correct, then Ireland will suffer an imminent downgrade,” Cathal O’Leary, head of fixed income sales at Dublin-based NCB Stockbrokers, said in a note today.

U.K. fraud prosecutors are reviewing how exchange-traded funds are marketed and whether they have the proper tools to prosecute any wrongdoing in the industry, a person directly involved with the probe said.

The Serious Fraud Office, which prosecutes white collar crime, hired a consultant to interview bankers and lawyers to determine whether there is a risk that sales of the products may involve criminal conduct in the future. The Financial Services Authority and the Bank of England’s Financial Policy Committee have warned of a lack of transparency in the ETF market.

ETFs are exchange-listed products that mirror indexes, commodities, bonds and currencies and allow investors to buy and sell them like stocks. They became more popular in the aftermath of the 2008 selloff that wiped $37 trillion from global equity markets because they carry lower fees than other funds, require lower initial investment than futures, can be traded throughout the day and cover most indexes.

The mixture of “people buying things they don’t understand, complex structures, synthetic structures with counterparty risk, and huge short selling without enough assets in the underlying ETF” to meet demand makes the products sound like “something that we’ve been through before,” Smith said.......read on