Stacy Summary: LOL, I always find these events amusing. I suppose, tactically, it works short term. People screech in fear; but it just makes me laugh. The only way to get rid of gold is to put it all on a missile heading straight into the sun. They’ll have to do that if they want to spare the dollar. Anyway, this keeps happening on Fridays, so keeping up with the psychological warfare of causing panic into the weekend, reverse psychology. Clever. In any other market, however, analysts would ask who would intentionally put on a trade in such a manner as to guarantee losses. Not with gold. They never ask. Keep an eye out for such interesting facts as this.

In what world is it rational to decide that dumping 800,000 ounces of notional gold into the London Fix (or COMEX open) makes sense? In the space of 4 minutes, almost 2 million ounces notional were flushed into the gold futures markets dumping the price of gold to 3-month lows.

Meanwhile, China imported over 1000 tons of gold in the first 8 months of 2013. And GLD shed over 400 tons. Not since World War 2 have we seen this sort of movement of gold reserves from one region to another; and every time it has happened in the past, he who got the gold gained the power. Perhaps this will be the one time in the past 5000 years that it happens that he who got rid of their gold gained power, but I doubt it.

Why Gold Slumped So Much This Morning

As the chart above shows, gold’s steep tumble on Friday was similar to the big drop that took place around the same time the morning of Oct. 1.

It’s unclear why this drop took place, but Andrew Wilkinson, chief economic strategist at Miller Tabak, speculated about a few theories that could have taken place.

“I’m wondering if the selling is related to the same name selling [or] liquidating as was rumored at the time,” Mr. Wilkinson told MoneyBeat, “or whether this is some clever prop trader who knows what kind of volume is sufficient to shift the market meaningfully, or far enough, in order to allow covering orders to buy back at a profit.”

“It appears to have been an order to sell 5,000 gold futures contracts at market,” Eric Hunsader of Nanex told CNBC.com, when asked to explain the swift move at 8:42 a.m. EDT. “About 2,700 went off and tripped the stop logic, halting gold futures for 10 seconds while liquidity replenished. When enough liquidity returned (after 10 seconds), the balance of about 2,300 completed.”

Read more at http://www.maxkeiser.com/page/2/#XUdYuRpEIcfVuXV1.99
Posted by Unknown at 9:45 PM No comments:

On another weekend of a precious metals smash by the those behind the curtain we the true believers won't run from the fight.

We won't run, we can fight
All that keeps us up at night
There is far to go now
Let's not waste a minute more
In denies

But cast in as devil
I've got the metal
The means to make things right
Tired of the guilt
Tired of being sorry
Well, haven't we suffered enough?

We won't run, we can fight
All that keeps us up at night
There is far to go now
Let's not waste a minute more

One wonders why you would need a "second home" in London with a twice daily maid service and 24 hour room service?........oh I get it now. Anyone want to go halves in a fraction?

For a look inside you can go here 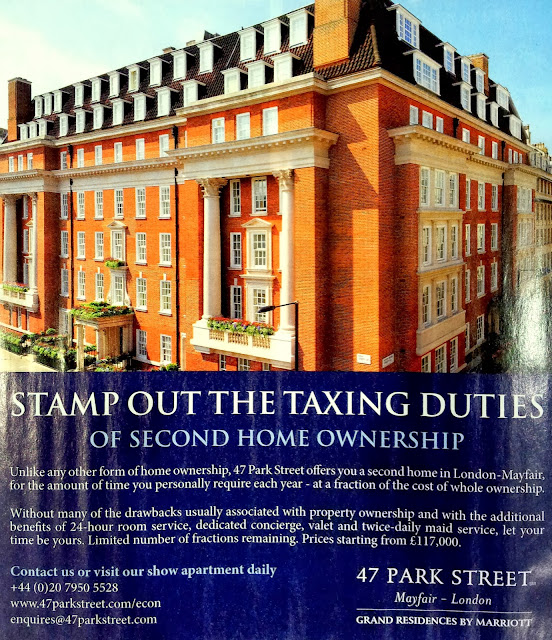 I love the Free Market

I saw this sign hanging in the entrance to a hairdressers shop in a back street in Manly, NSW, Australia this morning. Yet again the free market is meeting people's needs - a sharp hair cut and damn cold Aussie beer! 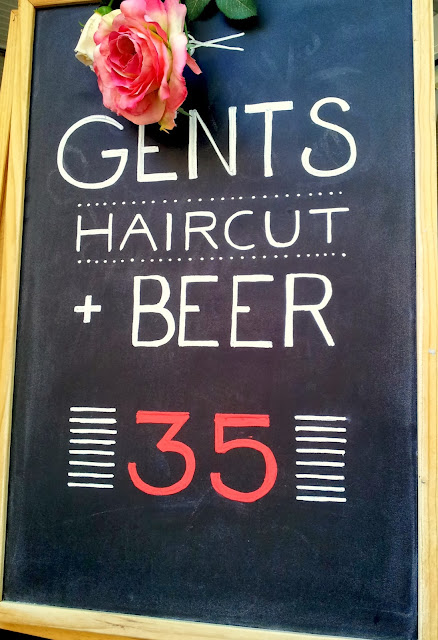 For a moment I thought Jeff had regained his senses when he predicted higher gold prices going thru to the end of the year, but then he went and spoiled it by saying in regards to Janet Yellen - "She is a tremendous economist".

Strong call from this guest, but no doubt will be true one day, but maybe not as soon as she expects.

The US government shutdown - a temporary ailment or a symptom of a grave disease? Are the Republicans right in their move to block Obamacare spending? Who gains from the shutdown turmoil? Do the politicians care about their citizens? Our guest comes from the very heart of the banking system: Karen Hudes was World Bank lawyer when she blew the whistle on major corruption cases in the system and was fired as a result.