Pam Aden: Gold and Silver not in a Bubble yet


An intervention that was supposed to last several days has already exceeded 3 months. What is the goal of the operation and is there any strategy? What will France achieve by handing arms to the rebels? And does NATO have a clear vision of how to end the conflict without killing more civilians?

Libyan update - 'Our mistake was being tolerant with the West'


With the war in Libya at the focal point of international relations, RT's gained access to Colonel Gaddafi's son in NATO-targeted Tripoli. Saif al-Islam thinks his country's wanted for its riches, but says the people won't let Libya fall under foreign control.


Triple explosions in Thailand's restive South have killed two civilians and injured a dozen of security officers, including bomb disposal specialists. The Explosive Ordnance Disposal units rushed to the scene near an irrigation canal in remote Tak Bai district after the first explosion, which killed two irrigation workers and injured other five people. As the bomb squads were checking the incident, another explosion occurred one kilometre away from the first explosion scene, wounding a military officer. Investigators said the improvised bomb was detonated by a mobile phone. The explosive specialists also found the third bomb three meters away from the second one, but failed to defuse it in time. The blast instantly injured six officers.


A bomb squad officer was lucky to escape serious injury when a car exploded in Thailand's restive south on Friday. The officer, wearing a protective suit, was attempting to open the front passenger door of the parked car when the bomb exploded. Closed-circuit television footage showed the officer being thrown to the ground, but then picking himself up and walking away unhurt. Police later found an improvised explosive device in the vehicle. The incident was one of three attacks by suspected Muslim militants on government offices in the province of Narathiwat on Friday.

Posted by Unknown at 9:41 PM No comments:

Max Keiser blows out about the Banksters in Athens

So London gets its first Gold ATM (really just a cigarette machine on steroids). Interesting to note a few things about the story in the video below:

Video from the UK Telegraph, the associated print story can be read here

Peter Schiff on QE, US$ and Gold 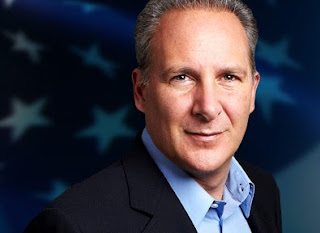 Peter Schiff talks to Eric King of King World News about QE, US$ and the possibility of $5000/oz gold......listen here

From a few years ago but still one of my favourite economic comedy sketches.

The Truth does not fear investigation

Posted by Unknown at 2:51 AM No comments:


Congressman Paul during the floor debate on a resolution that would authorize the administration's Libya campaign. It was defeated 295-123

Posted by Unknown at 2:45 AM No comments: