Mainstream American media turned its attention towards the International Monetary Fund this week, but coverage didn't concern the looming economic crisis. Instead, it is the sex scandal of IMF chief Dominique Strauss-Kahn that has turned heads today. Is this news of an alleged rape a legitimate story or merely smoke and mirrors to obscure the real story? Former Reagan administration official Paul Craig Roberts shares his take on it.

Another day in the Land of the Free

Eric Sprott - Silver is the Investment of the Decade 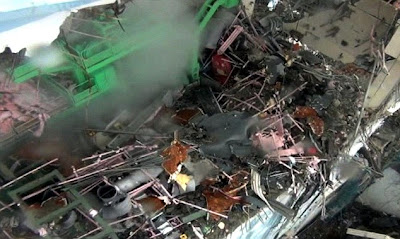 Tokyo Electric Power Co. said fuel in other reactors at its damaged nuclear plant may have melted, after confirming rods in the No. 1 unit had fallen from their assembly, potentially delaying plans to resolve the crisis.

“The findings at the No. 1 reactor indicate the likelihood that the water level readings in the other reactors aren’t accurate,” Junichi Matsumoto, a general manager at the utility known as Tepco, said today. “It could be that a meltdown similar to that in the No. 1 reactor has occurred.”

Moody’s Japan K.K. cut Tepco’s credit ratings and put it on review for further possible downgrade after today’s news. Tepco has been struggling to cool reactors and stop radiation leaks to end the worst nuclear crisis since Chernobyl in 1986. The discovery that fuels rods melted within 16 hours of power being knocked out means it’s unlikely Tepco can meet its timetable for containing the leaks, a nuclear engineering professor said.......read on 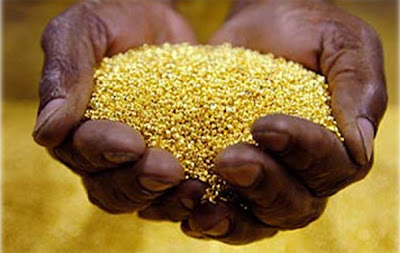 THE central bank says the country must consider adopting a gold-backed Zimbabwean dollar warning that the US greenback’s days as the world’s reserve currency are numbered.

Government ditched the Zimbabwe dollar in 2009 after it had been rendered worthless by record inflation levels and adopted multiple foreign currencies with the US dollar, the South African Rand and the Botswana being the most widely used.

Finance minister Tendai Biti says the country needs at least six months import cover and a sustainable track-record of economic growth, inflation stability and above 60 percent capacity utilisation in industry before the Zim dollar can be brought back into circulation.
However central bank chief, Dr Gideon Gono said the country should consider adopting a gold-backed currency.

“There is a need for us to begin thinking seriously and urgently about introducing a Gold-backed Zimbabwe currency which will not only stable but internationally acceptable,” he said in an interview with state media.

“We need to re-think our gold-mining strategy, our gold-liberalisation and marketing strategies as a country. The world needs to and will most certainly move to a gold standard and Zimbabwe must lead the way.”

Gono said the inflationary effects of United States’ deficit financing of its budget was likely to impact other countries to leading to a resistance of the green back as a base currency.

“The events of the 2008 Global Financial Crisis demand a new approach to self reliance and a stable mineral-backed currency and to me, Gold has proven over the years that it is a stable and most desired precious metal,” Gono said.

“Zimbabwe is sitting on trillions worth of gold-reserves and it is time we start thinking outside the box, for our survival and prosperity.
Posted by Unknown at 5:41 AM No comments:

On The Edge - Confessions of an Economic Hit Man 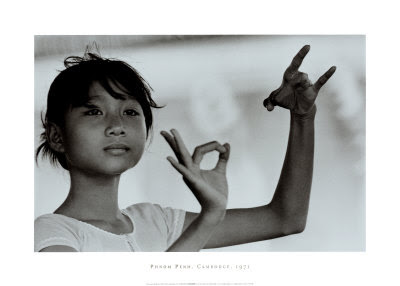 Thought I would share a friend's story that was related to me last week:

My wife and I had a friend over for dinner last week, our friend was originally from Cambodia and is ethnically Cambodian. We had never really talked about her life before she came to Australia, after all she has been an Aussie for over 20 years now, but over a bottle (or was it 2) of very good Hunter Valley red the conversation turned to gold and freedom.

Our friend took us back to her life in Cambodia, before she fled to Thailand. Being ethnically Cambodian and her family living in a rural area a long way from the capital, Phnom Penh they were spared the early bloodshed of the Khmer Rouge regime. Although as the regime run out of intellectuals and the Chinese merchant class to shoot they turned on their own and started hunting down anyone who was successful, even farmers, who were the ones they said they had come to power to protect.

Our friend fled with her savings, which were all in gold. When she got to the Thai border it was closed, but she did what people have been doing for 5,000 years and bribed her way over the border. But this is when the story takes a twist, she ended up in a UN run refugee camp along with thousands of other Cambodians, many of whom had been there for several years. Soon after arriving she was placed on a long list for third country resettlement. When she asked if could choose which country you went to she was told NO. But after much prompting she found out there was in fact 4 lists, a separate list for Sweden, Australia, Canada & USA. She asked if there was any way she could influence which list she ended up on, to which she was told “well you would have to have gold to do that”. At this point she found out not only could gold get you on the list of your choice but each list had a different value. Australia was the most expensive, followed by Sweden, then Canada with the USA being the cheapest. She was very surprised that Australia was more expensive (many multiples more) than the USA as to her they were both Western countries. It was explained to her that the market put a much higher price on Australia over the USA due to the chance of prospering once you got there. Well she paid up in gold for Australia, and has been a prosperous Aussie ever since.

I was stunned by her story, the free market of bribery and corruption was discounting the economic future of the USA over 25 years ago, this is even before Easy Al and Bonkers Ben started printing the US$ into oblivion.

Although on reflection I shouldn't be that surprised as my Irish ancestors came to the same conclusion over 160 years ago when they escaped the an Gorta Mór as they took the much more expensive and dangerous journey to Perth in Western Australia than going to New York as all of their relatives did.

PS: Whilst bribery and corruption are a terrible thing, they are even worse if you can't afford them.

THE SILVER MARKET IS A PAPER CHARADE - James Anderson