Posted by Unknown at 5:05 AM No comments:

Posted by Unknown at 2:02 AM No comments:

Japan - Gold as Insurance against Abenomics

Gold demand internationally remains robust – especially in Asia. China’s gold imports from Hong Kong for May jumped over one third from April, confirming again that Asian buyers shrewdly buy on dips in price.

In Japan, gold bullion demand in 2013 is twice the levels seen in 2012. Japanese gold imports have doubled to 7,686 kilograms from January to May verses 2,994 kilograms the prior year noted data from Japan’s finance ministry.

Many Japanese are now buying gold as a diversification and as insurance due to the risks of volatility in stock markets and of a further devaluation in the yen.

Abenomics has seen the yen fall 15% against the greenback year to date, its lowest since 2008.

Gold in Japanese yen depreciated 15% this year while gold in dollars sank 27%. On the TOCOM (Tokyo Commodity Exchange) the yellow metal hit a record of 5,081 yen a gram ($1,562/oz) on February 7th as the yen deteriorated.

Despite the recent falls, gold in yen terms is 20% higher in the last 5 years of the global financial crisis. Japan’s largest bullion retailer, Tanaka Kikinzoku Kogyo K.K., said sales to Japanese citizens will exceed their purchases for the first time since 2004. The cheap yen is spurring buying interest.

“Japanese individuals are thinking of gold as an asset for their investment portfolio as well as insurance for the future,” said Kate Harada, general manager of the precious metals department at Tanaka Kikinzoku, a unit of Tanaka Holdings Co. “A growing number want to use gold partly to hedge against their yen-based assets such as stocks and properties.”

Tanaka Group is seeing their customer demographics shift to younger customers over the past 3 years. Japanese “salarymen” are concerned about jobs, their pensions and the two decades of deflation, which is turning them to gold as a safe haven investment.
Posted by Unknown at 1:03 AM No comments: 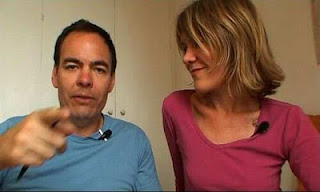 Max Keiser and Stacy Herbert for The Truth About Markets on Resonance 104.4 FM in London. Discussing bond yields rising, the British pound sterling falling, the UK Funding for Lending scheme hitting savers and the lockbox of thought encouraged by the surveillance state.