Unfortunatly she is accompanied by a couple of bookends.

Give us our Daily Bread

My good friend is pictured below panning for gold in central New South Wales. An hour of panning resulted in about 0.05g of gold, worth about $3 or the price of a loaf of bread in Australia. Gold for bread, just like Zimbabwe. 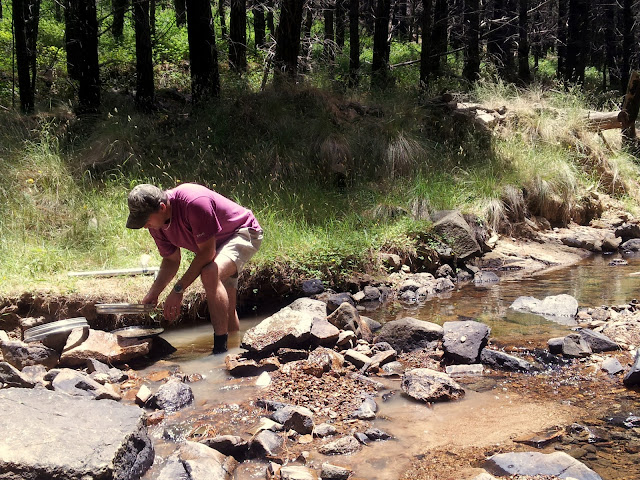 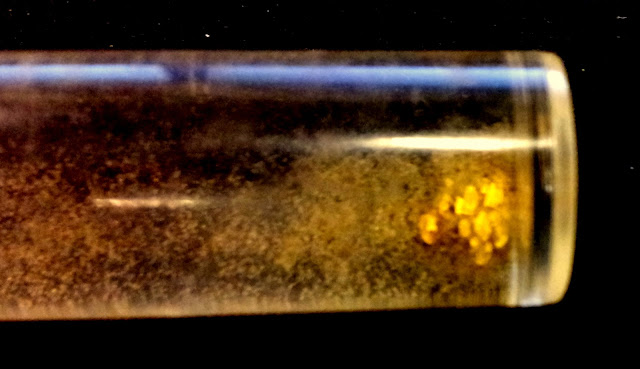 My SMSF beats The Squid 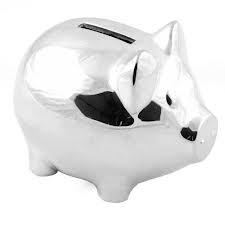 RETIREMENT funds for staff at Goldman Sachs and the Commonwealth Bank have topped an official list of the nation's best-performing super funds, as non-profit and in-house corporate funds maintain their track record of higher returns.

In contrast, funds offered by banks and wealth managers to the general public have underperformed over the past decade, according to a snapshot of the $1.4 trillion sector.

The fund for Goldman employees enjoyed average returns of 9 per cent a year since 2004, more than any other large fund over the past nine years, the financial regulator said on Wednesday.

Read more: http://www.smh.com.au/business/bank-staff-funds-top-super-list-20130109-2cgqe.html#ixzz2HXGAKXUu
Posted by Unknown at 9:29 AM No comments:

Japanese pension funds, the world’s second-largest pool of retirement assets after the U.S., will more than double their gold holdings in the next two years as the new government pushes for a higher inflation target, according to an adviser to the funds.

“Bullion’s role as an inflation hedge, long ignored by Japanese fund operators, has come under the spotlight thanks to Abe’s economic policy,” Toshima, who now works as an adviser to pension-fund operators, said in an interview today in Tokyo. “Gold may be a standard asset-class in the portfolio of Japanese pension funds as Abe’s target is realized.”

Read article in full
Posted by Unknown at 9:21 AM No comments:

Defiantly a complex and timely issue.

So let me get this right, a twitter user in France logs onto a server in the USA writes up to 140 characters of text which are then stored as + & - charges on a hard disk in a US datacentre. Then at some point later another French twitter user comes along and willingly logs on to the twitter server in the USA and requests that server to reformat those +/- charges into readable text, then downloads that text to say their phone in France and is offended by what they read. What if they are so offended that they show their phone's screen to a friend or even worse capture an image of the offending text and publish that image on a French hosted website or in a French newspaper. Who is guilty of the "hate speech" in France, the guy who wrote a few lines of text on a US server or the guy who downloaded that text and disseminated it in France? What if the the offending text had been written in Australia, by an Australian, but downloaded and disseminated in France, would the Australian be charged and extradited to face hate speech charges in France even though he never published the said text in France and wasn't even aware such laws existed because gee he doesn't speak French?

Hey I have an idea to solve this problem for good, why don't we take the route of the Communist Party of China and just firewall Twitter, like they do to this blog, and then we could live in a perfect world where only AK-47s and iron bars can hurt us but words will never offend.

Posted by Unknown at 7:25 AM No comments:

For Pete's Sake: Next 60 Days Key for Gold