Pay no attention to that man behind the curtain 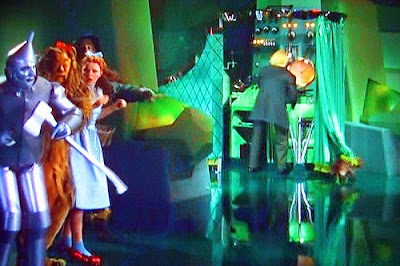 By Warren Bevan: The first week back after Labor Day wasn't what it was cracked up to be with even lower volume in the S&P500 index than was seen all summer long. It was a holiday shortened week, but still I would have thought volume would have been stronger.

I am pondering this weekend whether the low volume seen all summer and now so far into September is a result of the new financial regulations. At least one prominent investment house is selling their proprietary trading division which has represented basically free money for them in the past.

I'm sure the investment banks will come up with new clever ways to do the same lucrative thing they've always done. It's not like they'll just sell that division or close it down all together. They will find a way to recreated and likely increase those profits.

So many investors are being pushed into bonds for yield and the perceived safety they represent. This could not be further from the truth and in general bonds offer no advantages over stocks. In most cases dividend yields outpace bond yields so why bother?

The bond bubble is alive and well and won't pop until the last sheeple is invested. Don't be one.....read on