Yes, Dmitri is back and baseballs everywhere are nervous.

With an ocean of liquidity smashing onto the Gold and Silver markets this week all precious metal bugs are in desperate need of some serious chillout music. Although seeing the rebound in prices over the last day I think those that are short are now having a mea culpa moment, not us.

Despite the takedown Silver still in the lead for 2012 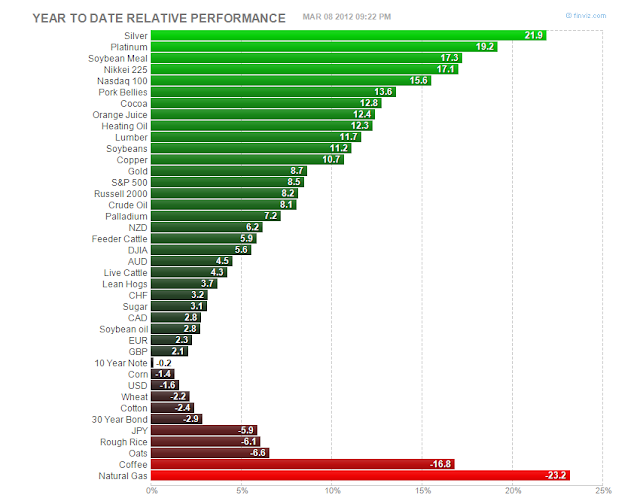 Celente: Hawks circling over Iran as only ally Syria on ropes

Greek debt deal: what it means

So the ECB, the European Banks feeding trough, doesn't have to take a haircut so as to protect "tax payers" but pension funds get taken Greek style for a 74% loss on the bonds they hold. Why would anyone trust a pension fund that invests in government bonds? Run your own fund, invest in hard shinny things and sit comfortably.

Switzerland Wants Its Gold Back From The New York Fed 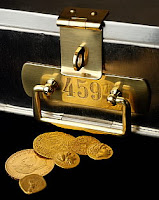 Earlier today, we reported that Germans are increasingly concerned that their gold, at over 3,400 tons a majority of which is likely stored in the vault 80 feet below street level of 33 Liberty (recently purchased by the Fed with freshly printed money at far higher than prevailing commercial real estate rates for the Downtown NY area), may be in jeopardy,and will likely soon formally inquire just how much of said gold is really held by the Fed. As it turns out, Germany is not alone: as part of the "Rettet Unser Schweizer Gold", or the “Gold Initiative”: A Swiss Initiative to Secure the Swiss National Bank’s Gold Reserves initiative, launched recently by four members of the Swiss parliament, the Swiss people should have a right to vote on 3 simple things:

i) keeping the Swiss gold physically in Switzerland

Needless the say the implications of this vote actually succeeding are comparable to the Greeks holding a referendum on whether or not to be in the Eurozone. And everyone saw how quickly G-Pap was "eliminated" within hours of making that particular threat. Yet it begs the question: how many more international grassroots outcries for if not repatriation, then at least an audit of foreign gold held by the New York Fed have to take place, before Goldman's (and New York Fed's) Bill Dudley relents? And why are the international central banks not disclosing what their people demand, if only to confirm that the gold is present and accounted for, even if it is at the Federal Reserve?

Full disclosure via the Initiative's website:
Posted by Unknown at 8:53 AM No comments:

Watching the first half of this weeks show makes an excellent compliment to Brett's report below. If you haven't read Brett's report yet first watch the Keiser Report up to the 13th minute mark and then swap over to read the report. Seems Brett, Stacy and Max have nailed the evildoers to a silver cross.

In this episode, Max Keiser and co-host, Stacy Herbert, discuss boating accidents with Sharkboy and Lava Girl and a futures market to lay off your Blythe Masters risk. In the second half of the show, Max talks to Dr. Michael Hudson about Modern Monetary Theory at the University of Missouri - Kansas City and about the Chicago Boys gutting the economic competition, literally.