Again with the Austrians 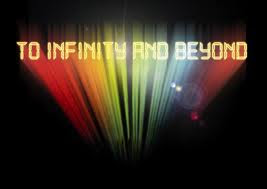 Yes it always come down to the Austrians......

Austria is facing a capital injection of as much as 1 billion euros ($1.3 billion) into KA Finanz AG less than two weeks after bailing out Oesterreichische Volksbanken AG. (VBPS)

In a statement before ISDA’s decision, KA Finanz said it may have risk provisions of about 1 billion euros if credit- default swaps on Greece it has written are activated. That includes charges of 423.6 million euros on an assumed loss quota of 80 percent, it said.

KA Finanz is the so-called bad bank of Kommunalkredit Austria AG, which was nationalized in 2008 when it was owned by Volksbanken and Dexia SA. While Kommunalkredit continues as a municipal lender and has to be sold again by Austria by mid-2013, KA Finanz took on securities, loans and CDS that are not part of that main business and is winding down those assets.

Read more
Posted by Unknown at 7:48 PM No comments: 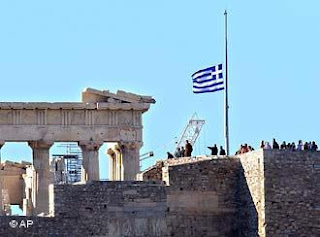 (Reuters) - Greece triggered the payment on default insurance contracts by using legislation that forces losses on all private creditors, the International Swaps and Derivatives Association said on Friday.

The decision by the EMEA Determinations Committee to declare a so-called credit event was unanimous, ISDA said in a statement.

The ISDA said the use of "collective action clauses (CACs) to amend the terms of Greek law governed bonds issued by The Hellenic Republic such that the right of all holders of the Affected Bonds to receive payments has been reduced."

The "credit event" ruling means a maximum of $3.16 billion of net outstanding Greek credit default swap contracts could be paid out, though the actual amount is likely to be lower because bondholders are not losing all of their original investment.

Read more
Posted by Unknown at 7:27 PM No comments:

Iran is not a punch bag, says George Galloway

Posted by Unknown at 4:27 AM No comments:

Alex Jones and Webster Tarpley on wars in Africa