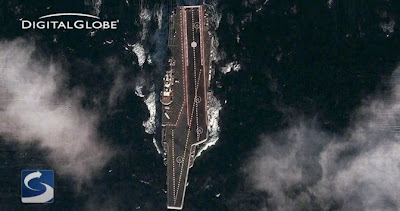 On this often manic, and somewhat depressive blog you thought you would have been safe from Christmas carols, but alas you are not. Big thanks to 24K, a good friend of this blog.


Merry Christmas to all my blog followers 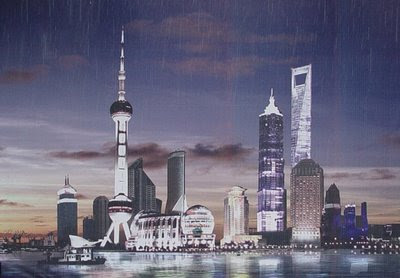 This story has to spell disaster for the Aussie Dollar going forward. Insider analysis I received yesterday was advising their clients to short the Aussie down to as far as the 91cent level. Actually I suspect we will see the 80cent level at some point in 2012.

The Aussie dollar rebounded and held up above parity after the 2008 crash mostly due the world's biggest ever stimulus package initiated in China. China stimulated their economy in a 2 year period with the equivalent of 200% of Australia's annual GDP, resulting in that loud sucking sound you heard near every Australian mine and export terminal (and you thought Newcastle sucked all by itself). This stimulus is now a fading memory and increasing tightening of bank lending standards have slowed Chinese growth significantly over the last 12 months.

More worryingly the CCP (aka the Commies) have often said their hold on power required a growth rate of at least 8% pa to stop the peasants from rising up and eating them. So this financial situation could just be the tip of an iceberg - a new Chinese Revolution anyone? Although this one could be fought with battlefield nuclear weapons instead of AK-47s and little Red Books.

It is hard to obtain good data in China, but something is wrong when the country's Homelink property website can report that new home prices in Beijing fell 35pc in November from the month before. If this is remotely true, the calibrated soft-landing intended by Chinese authorities has gone badly wrong and risks spinning out of control.

The growth of the M2 money supply slumped to 12.7pc in November, the lowest in 10 years. New lending fell 5pc on a month-to-month basis. The central bank has begun to reverse its tightening policy as inflation subsides, cutting the reserve requirement for lenders for the first time since 2008 to ease liquidity strains.

The question is whether the People's Bank can do any better than the US Federal Reserve or Bank of Japan at deflating a credit bubble.

Chinese stocks are flashing warning signs. The Shanghai index has fallen 30pc since May. It is off 60pc from its peak in 2008, almost as much in real terms as Wall Street from 1929 to 1933.

"Investors are massively underestimating the risk of a hard-landing in China, and indeed other BRICS (Brazil, Russia, India, China)... a 'Bloody Ridiculous Investment Concept' in my view," said Albert Edwards at Societe Generale.

China's $3.2 trillion foreign reserves have been falling for three months despite the trade surplus. Hot money is flowing out of the country. "One-way capital inflow or one-way bets on a yuan rise have become history. Our foreign reserves are basically falling every day," said Li Yang, a former central bank rate-setter.

The reserve loss acts as a form of monetary tightening, exactly the opposite of the effect during the boom. The reserves cannot be tapped to prop up China's internal banking system. To do so would mean repatriating the money – now in US Treasuries and European bonds – pushing up the yuan at the worst moment.

The economy is badly out of kilter. Consumption has fallen from 48pc to 36pc of GDP since the late 1990s. Investment has risen to 50pc of GDP. This is off the charts, even by the standards of Japan, Korea or Tawian during their catch-up spurts. Nothing like it has been seen before in modern times.

Fitch Ratings said China is hooked on credit, but deriving ever less punch from each dose. An extra dollar in loans increased GDP by $0.77 in 2007. It is $0.44 in 2011. "The reality is that China's economy today requires significantly more financing to achieve the same level of growth as in the past," said China analyst Charlene Chu.

A fire-sale is under way in coastal cities, with Shanghai developers slashing prices 25pc in November – much to the fury of earlier buyers, who expect refunds. This is spreading. Property sales have fallen 70pc in the inland city of Changsa. Prices have reportedly dropped 70pc in the "ghost city" of Ordos in Inner Mongolia. China Real Estate Index reports that prices dropped by just 0.3pc in the top 100 cities last month, but this looks like a lagging indicator. Meanwhile, the slowdown is creeping into core industries. Steel output has buckled.

Beijing was able to counter the global crunch in 2008-2009 by unleashing credit, acting as a shock absorber for the whole world. It is doubtful that Beijing can pull off this trick a second time......read in full
Posted by Unknown at 11:45 AM No comments:

As in WWII Russia rescues Western Europe from the Facists


And so risk assets go to the OFF position following the latest statement from the IMF's Christine Lagarde, who until very recently was France's FinMin, and thus personally responsible for the current economic crunch:
Well, we know the UK is now out, courtesy of idiotic statements such as this one by Christina Noyer. So who will step up? Why Russia it seems.
Why's that? Because like China (more on that in an upcoming post), Russia just dumped US bonds for the 12th straight month and instead both Russia and China are now focusing on making Europe their vassal state. So now we know where the money is coming from - sales of US debt of course!

Source: TIC
Posted by Unknown at 10:51 AM No comments:

This week Max Keiser and co-host Stacy Herbert discuss re-hypothecating Alec Baldwin's cake and eating it too. And, as Al Capone before him, JP Morgan's Jamie Dimon complains of the thankless task of being a "public benefactor". In the second half of the show, Max talks to Reggie Middleton about German debt and MF Global.