Ron Paul on the NDAA 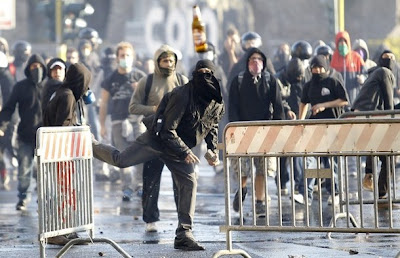 Moody's Investors Service downgraded six European nations and warned its top ratings on Austria, France and the U.K. could be at risk, citing the area's weakening prospects for an overhaul.

The ratings service downgraded Italy a notch to A3, which is four rungs above speculative-grade territory, and maintained a negative outlook on the euro-zone's third-biggest economy.

The sterling ratings of Austria, France and the U.K. received negative outlooks. The U.K. move demonstrated Moody's belief that the crisis is having serious effects on countries outside the euro zone.

Moody's downgrades of some of the euro-zone members shouldn't come as much of a surprise. The company previously said late last year it would review ratings broadly on European Union members, including those in the union that do not use the common currency.

Also, Moody's actions follow similar moves take by Standard & Poor's an Fitch Ratings last month where multiple downgrades were made all at once. Like S&P and Fitch before it, Moody's cited concerns with the ongoing debt crisis, how it is being handled and the impact on the region's various economies were at the heart of the downgrades. Moody's also noted the fragility of financial markets in Europe and the possibilities of future shocks to the system because of the ongoing crisis.

Read more
Posted by Unknown at 12:28 PM No comments:

Dallas Fed President Fisher has a $1mil in Gold ETF 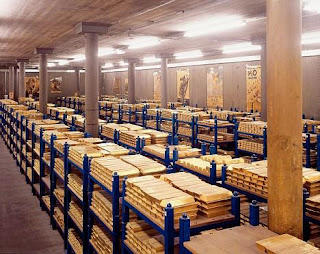 Pity is not in phyzz Gold that he can hold, but better than Fed reserve notes, no?

Dallas Fed President Fisher, one of the richest of the 12. He's an alumnus of the financial industry, having worked as a banker, broker, and hedge fund manager, accumulating at least $21 million in the process.

Fisher's inflation-hedging assets include over 7,000 acres of farmland, and $50,000 each in platinum and uranium.

He also owns some of that stuff Bernanke doesn't think is real money. Fisher is practically a gold bug with $1 million invested in the SPDR's Gold Trust (NYSE: GLD).

Read more
Posted by Unknown at 9:42 AM No comments: