This week Max Keiser and co-host, Stacy Herbert, discuss psyops in the gold market, Tony Blair's con job in Libya and Jamie Dimon's 'patriotic' bailout in America. In the second half of the show Max talks to Nick Verbitsky, director of "Confidence Game," a film that explores the last week in the life of investment bank Bear Stearns.

Is Greece the catalyst to global default?

Greece is on the brink of defaulting on its loans. Many are thinking the country's economy could trigger a chain of events that will lead to a global economic crisis. Holders of Greek bonds have the most to lose if Greece can't pay what it owes. Is the US going to feel the effects of the Greek economy? Edward Harrison, founder of Credit Writedowns, tells us what the consequences could be and how it will affect the US. 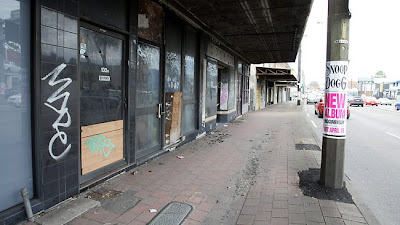 The number of business failures in Australia has risen sharply despite global insolvencies falling to their lowest level in nearly four years.

Credit agency Dun & Bradstreet says business failures in Australia rose 12.1 per cent in the June quarter, compared to a 4.1 per cent rise in the prior quarter, with businesses stretched by the high Australian dollar and relatively high interest rates.

"Insolvency activity in Australia is up across almost all sectors, with a significant deterioration in retail and service sector failures, reflecting subdued confidence."

Business failures in Australian manufacturing have risen on average by 60 per cent since 2008......read in full
Posted by Unknown at 4:34 PM No comments:

This week GRTV talks to Dr. Paul Craig Roberts, former Assistant Secretary Treasury, former editor of the Wall Street Journal, author and researcher, about the significance of 9/11 on the brink of the tenth anniversary of those events. We discuss the many points at which the official explanation of 9/11 do not mesh with the available evidence, the many experts who have raised their voices in dissent (and been silenced), and what our response to 9/11 teaches us about where we are heading as a society.

Afghanistan - The Land That Time Forgot

This story is gold. So basically for 90% of Afghans the US just pitched up 10 years and started bombing and murdering them for no apparent reason, just like the Soviets did before them and the British before them. No wonder they Hate our Freedoms.


What's 9/11? Afghans never heard of NYC terror
From: RussiaToday  | Sep 9, 2011
Images from 9/11 are still chilling, even 10 years after the attacks shook the world. They triggered the so-called war on terror. But in the country that's been at the forefront of that war, it can be hard to find people who remember why foreign troops arrived in the first place.


As the Greek government struggles to get its finances under control rumours persist that the country is on the brink of bankruptcy.

Growing Calls in Germany for Greek Exit
While most of the peripheral countries are on the road to improvement, Greece threatens to slide into bankruptcy. Germany's coalition government of Chancellor Merkel's conservatives and the pro-business Free Democratic Party (FDP) has little sympathy for Athens' plight, because a Greek bankruptcy would also help to rectify some domestic political disagreements. Berlin's tough stance is primarily intended to make it easier for those CDU and FDP parliamentarians who see Greece as a bottomless pit to support the government's line in a key vote in the German parliament, the Bundestag, on reforming the EFSF on Sept. 29.
Senior CDU politician Peter Altmaier has already started referring to the near-bankrupt country as if it were separate from the rest of the euro zone. "Greece is an absolutely special case," says Altmaier. "No other country is in such a mess.".....read on
Posted by Unknown at 7:59 AM No comments:

European markets slumped for a second day amongst mounting speculation Germany is perparing for Greece to default.

Posted by Unknown at 6:58 AM No comments: 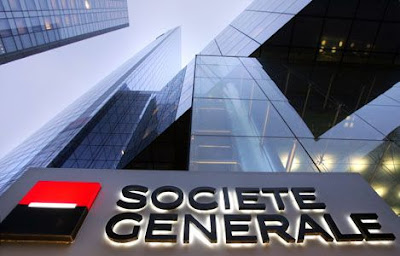 Fears about Europe's deteriorating finances have intensified as new doubts about the health of French banks - as well as Germany's willingness to help Greece avert default - left investors bracing for another global market downturn this week.

In Greece, the epicentre of the continent's financial disarray, government officials announced new austerity measures, even as the country's Finance Minister, Evangelos Venizelos, warned that the Greek economy was expected to shrink more sharply this year than expected. In a revision, a contraction of 5.3 per cent this year was predicted, rather than the 3.8 per cent forecast in May.

Slower growth could make it harder for Greece to repay its debts, even as it tries to cut government spending and raise taxes.

While the Greek drama has been running for more than a year, only recently has it threatened French and German banks, unnerving investors around the world.

A rapid decline in French bank stock prices since the beginning of the summer has led to speculation that the French state may have to intervene and recapitalize its banks, in the same way as the British and other governments were forced to during the first wave of the financial crisis.

BNP Paribas led the falls, with its shares down 13.5 percent, while SocGen and Credit Agricole were both more than 9 percent lower at 1224 GMT. They are trading at levels not seen since at least early 2009, when recession stalked much of the developed world.

Societe Generale said it would cut costs and sell assets to free up 4 billion euros in fresh capital on Monday, although the surprise move failed to stem a sell-off in French bank shares, driven by fears of a Greek debt default........read on

Posted by Unknown at 6:38 AM No comments: