Weekend Chillout - Peace in our Time

An uneasy peace seems to have emerged between between Gaza and Israel this week, although it seems that Gaza now lays in pieces. Hopefully both sides can continue to smoke the peace pipe for a awhile to come.

Dmitri has a very bad day. 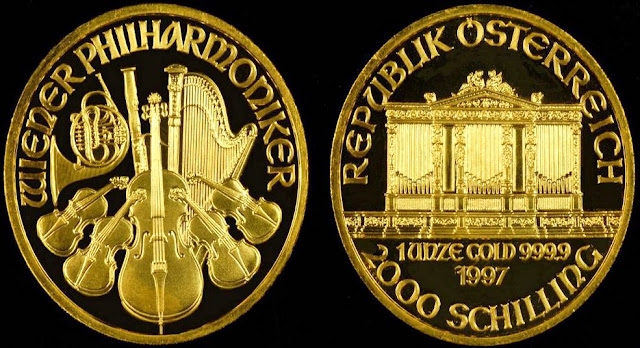 Now if we could only get an Australian (not Austrian) federal politician to ask the same question of our treasurer, Wayne Swan.

"So Wayne you patriotic bastard why do you let the Poms hold Australia's Gold? it is bad enough they have The Ashes, but our Gold?"

Note: The Reserve Bank of Australia will not tell the Australian people where they store "Our Gold", but when they foolishly sold 70% of Our Gold in 1997 (at about $330/oz) that gold was already stored offshore. So I am assuming that the remaining 80 tonnes are also offshore, most likely at the Bank of England. For previous posts on the topic of the RBA and Our Gold see here, here and here


From The Austrian Times

There is heated debate in Austria after it was revealed that the country's National bank (OeNB) is storing its gold reserves in England.

In response to a parliamentary question the bank said that 224. 4 tonnes (around 80%) of Austrian gold reserves were in the United Kingdom, around 6.9 tonnes (around 3%) are in Switzerland and around 48.7 tonnes (around 17%) are in Austria itself.

The OeNB said that the reason to store gold abroad was that because in a time of crisis it could be speedily traded.

Since 2007 Austria's National bank had had a constant reserve of around 280 tons of gold. Through leasing of its gold the Austrian National Bank has in the last 10 years earned around 300,000,000 euros.

The bank's governor Wolfgang Duchatczek revealed the statistics after a question by social Democrat MP Matznetter who wanted to know why Great Britain was regarded as the best place to store Austrian gold .

Duchatczek said: "The bank has always made it clear that our gold reserves are stored at the main gold trading centres."

Currently that would be London and Switzerland - specifically Basel, he said. The gold that the bank has in Austria itself is stored at the Austrian Mint in Vienna.
Posted by Unknown at 10:26 AM No comments:

In this episode, Max Keiser and Stacy Herbert ask, "who knows what evil lurks in the heart of the global financial system?" And find the answer is that "the Shadow banking system knows!" The shadow banking system has grown to $67 trillion and has the power to cloud men's minds so they cannot see the fraud. In the second half, Max Keiser talks to Jan Skoyles of the Real Asset Company about clients wanting to park their gold in Singapore and about what is happening in the gold market in China.