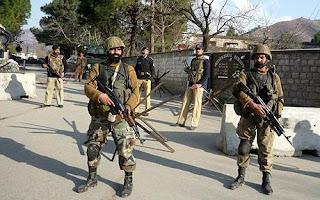 The U.S. Government is to withhold and cancel hundreds of millions of dollars in aid to the Pakistani military, it has emerged.

In a move by the Obama administration to vent its displeasure at the expulsion of its military trainers from the country and limits Pakistan has put on handing out visas to U.S. personnel, the White House has said it will 'pause' the aid it has been giving out.

The bold move, a significant marker of changing attitudes within the Obama administration about how it should deal with its key counter-terrorism partner, is also thought to be a means of pressing the Pakistani military to prove it can effectively fight militants on its own.