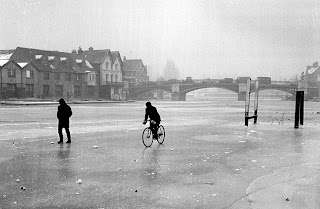 There's a great piece by David Rose in the Mail On Sunday nicely summing up what a lot of us here knew already: that the thing we really need to fear right now is not global warming but global cooling. And that, on current evidence, it's global cooling we're going to get.

The supposed ‘consensus’ on man-made global warming is facing an inconvenient challenge after the release of new temperature data showing the planet has not warmed for the past 15 years.

The figures suggest that we could even be heading for a mini ice age to rival the 70-year temperature drop that saw frost fairs held on the Thames in the 17th Century.

Based on readings from more than 30,000 measuring stations, the data was issued last week without fanfare by the Met Office and the University of East Anglia Climatic Research Unit. It confirms that the rising trend in world temperatures ended in 1997. Rose's piece comes hot on the heels of an op-ed in the Wall Street Journal signed by 16 distinguished scientists (proper ones: not "climate" "scientists") noting the continuing absence of ManBearPig.

"Paper is poverty,… it is only the ghost of money, and not money itself" ~ Thomas Jefferson 1788

As mentioned in this earlier post the BDI (Baltic Dry Index) is currently plunging, and has in fact fallen another 20% in last week. I have seen bricks with greater aerodynamics than this index. This is not looking good for any global recovery in the near term. 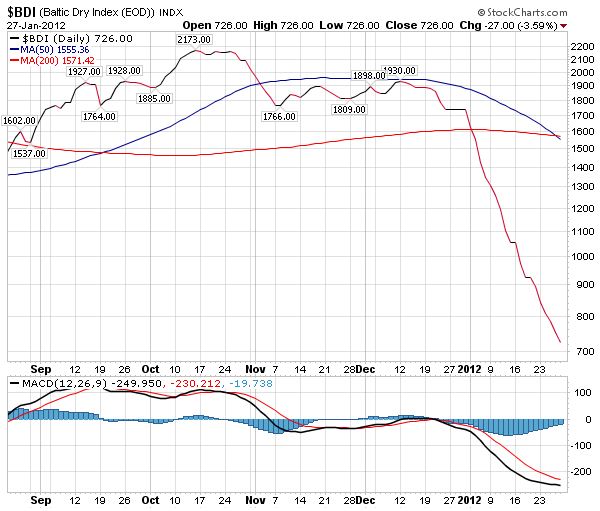